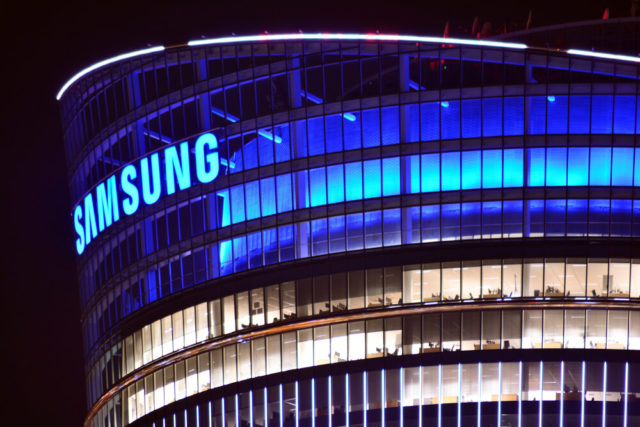 There are a ton of enormous companies already using blockchain. Not all of them are using public chains but all of these are bringing blockchain into the mainstream in some form or fashion.

Digitec Galaxus is “The Amazon of Switzerland”. As of last week, they started to accept tons of cryptocurrencies for payment on both of their major online retail sites. This is a drop in the bucket compared to global online retail but it’s a big step in the right direction. One day, Amazon itself might do the same.

The newest generation of Samsung phone, the Galaxy S10, will include cryptocurrency wallets and apps. This is a great move for a mainstream technology company, as this provision will allow newcomers to the industry to invest in cryptocurrency without having to do so much work on their own.

IBM is making multiple blockchain plays. They’re using the Stellar network for payments and other functions, and they’re creating custom blockchains in-house for a bunch of clients around the world.

Dubai’s Emaar Group built the world’s tallest building, the Burj Khalifa. Later this year, they’ll be using the Ethereum blockchain to launch their own utility token to bring international consumers online with their products and businesses.

MoneyGram is a money transfer giant used by Wal-Mart and retail customers all around the world. MoneyGram has been testing RippleNet products internally to see if it cuts down on transfer time and costs. Early news is good, and this could bolster Ripple prices in the days to come.

Numerous other world-class companies are starting to use blockchain, and hundreds more are examining blockchain technology for a variety of different purposes. Not all of them will use publicly traded blockchain networks but at least a few of the best blockchain companies that exist today will become integrated with large companies for long term success.

Companies like Ripple and Ethereum are already used by hundreds of companies all around the world, and relative newcomers like NEO and ICON are working hard to catch up. Whatever the future holds, we’re optimistic about blockchain for mainstream use and real-world adoption.

Sign up for  The Independent Republic newsletter for Blockchain
ICO, Cryptocurrency and Price news

(*Information in this article should not be taken as investment advice.)

The post Top 5 Companies Using Blockchain in 2019 appeared first on The Independent Republic.

A new Chrome browser extension called Coinflict of Interst for the Twitter cryptocurrency community aims to expose “bias” in the...