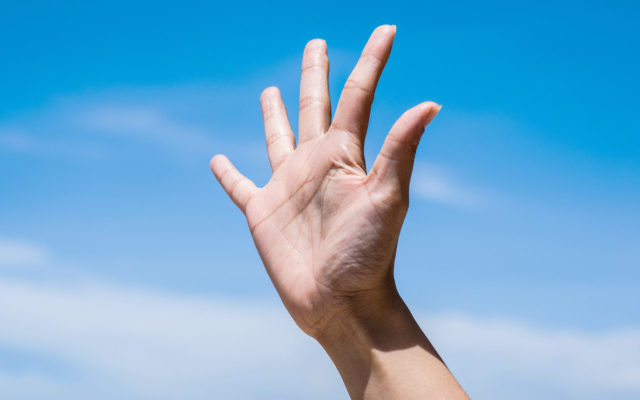 The U.S. may be dragging its heels but check out the top 5 pro-crypto countries that have taken positive action lately.

The U.S. kicked the Bitcoin ETF can down the road and asked for more details on ICOs. The UK seeks to hunt down “tax evaders” and block crypto derivatives for retail traders.

In China, it’s illegal to transact or trade in cryptocurrencies. And in countries like Bolivia, Egypt, and Indonesia, it’s just outright banned. So, it’s refreshing to see other jurisdictions taking a pro-crypto stance.

Ok, ok, so it may “only be Venezuela” but let’s still give the corrupt and crisis-ridden Latin American country some credit as one of the most pro-crypto countries there is.

Not only are cryptocurrencies like Bitcoin and Dash providing some solace to Venezuelans as a means of shielding their wealth and making payments; but the government is considering adding Bitcoin and Ether to its (depleting) central bank reserves.

Reports are surfacing that Venezuela is considering holding Bitcoin and Ethereum in their central bank reserves, while also using it to pay organizations.

Every country will eventually do this.

Just a matter of time before the game theory kicks in

Again, it’s hardly been a shining example of fiscal responsibility over recent years. However, countries holding cryptocurrencies as legal reserves may start to become a trend as we move into the coming years.

While Russia remains a somewhat mysterious stance when it comes to cryptocurrencies, neighboring Ukraine is powering ahead. Just two days ago, the county’s ministry announced that it planned to legalize cryptocurrency.

In a report detailing Ukraine’s steps towards modernizing the economy, blockchain technology is also mentioned as the ministry plans on integrating it into its registry system.

To be clear, cryptocurrencies aren’t currently banned in Ukraine, however, they don’t have official legal status. This bold move may just make the Eastern European country a hub for crypto and blockchain companies.

Portugal appeared on the radar for the first time for many cryptocurrency entrepreneurs by announcing at the end of August that it will not charge tax on all earnings in cryptocurrency.

Moreover, all trades in cryptocurrency are now 100% tax-free as well. So, if you weren’t thinking about moving to the pleasant and sunny shores of Portugal, now you have an additional incentive.

BREAKING: Bitcoin trading and payments are tax free in Portugal!

There’s no income tax on cryptocurrency earnings in the country, as just declared by the Portuguese Tax Authority

Bitcoin adoption will become the next space race!

On top of that, the country is extremely open when it comes to emerging tech in general. Lisbon hosts the Web Summit every year, one of the largest tech conferences worldwide.

With a minuscule population of just over 50,000 and spread out over more than 1,000 islands (most of them uninhabitable), the Marshall Islands could become the world’s first country to use cryptocurrency as its legal tender.

Yeah, we’ve seen the Petro, PayMon, and a few other dubious cryptos put out there as vehicles to circumvent U.S. sanctions. But the Marshall Islands cryptocurrency is different.

It will run on a blockchain with an algorithmically programmed inflation rate, but unlike any other cryptocurrency out there, it will be recognized as legal tender.

Germany last month announced its intentions of moving forward with ‘Bundes-chain’, and creating a state-backed digital currency that will run on it.

Not only that, but part of Germany’s blockchain strategy involves creating an ecosystem and legal framework for crypto startups in the country.

Germany has also taken a flexible stance when it comes to STOs, making it one of the more pro-crypto countries in Europe. It launched the first-ever regulated security token offering in May of this year.

German regulators’ efforts may be a knee-jerk reaction to counter Libra and cryptocurrencies like it, but that doesn’t detract the fact that the country is pressing ahead with blockchain tech.

The change is starting to happen as more and more countries understand the importance of blockchain tech–and the above pro-crypto countries are helping to lead the charge.

Why do you think these countries took the decision to join the cryptocurrency bandwagon? Let us know your thoughts in the comments below.

The post Top 5 Countries That Have Taken a Pro-Crypto Stance Lately appeared first on Bitcoinist.com.

After a steep decline in price action, Bitcoin finally finds some short-term relief from the bearish pressure that has seen...