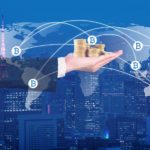 Statistics, surveys, charts, and data analysis have all tried to determine just how many Bitcoin holders are and what is the rate of Bitcoin ownership by country.

However, there is no way of finding out the residency of all Bitcoin address owners. We can only speculate on what we know from other sources, such as Bitcoin node distribution, crypto surveys, crypto exchange statistics, and it still would not be an accurate representation of which countries are hodling the most Bitcoins. 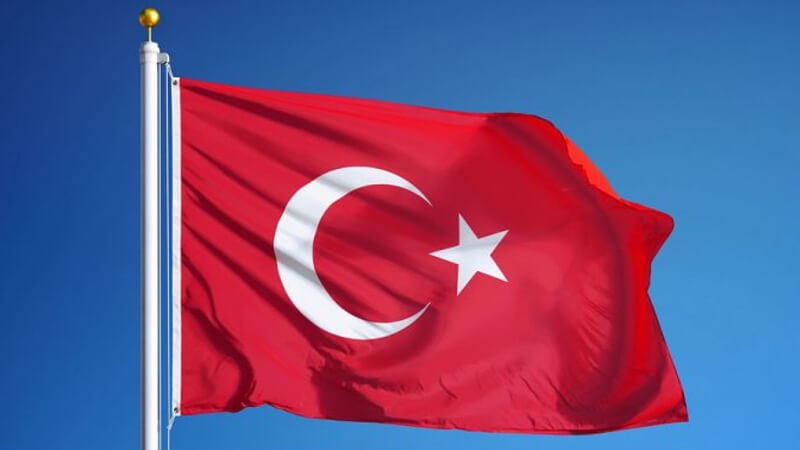 According to a recent ING survey, it seems that Turkey is the European country with the highest rate of cryptocurrency ownership.

From this report, it is shown that 18% of Turks either own or trade cryptocurrency, which is well above the 9% average.

Another poll from Statista revealed that a fifth of Turkish participants have declared they owned cryptos, which placed the country at the top of the list in terms of crypto ownership, that might correlate to Bitcoin ownership by country. 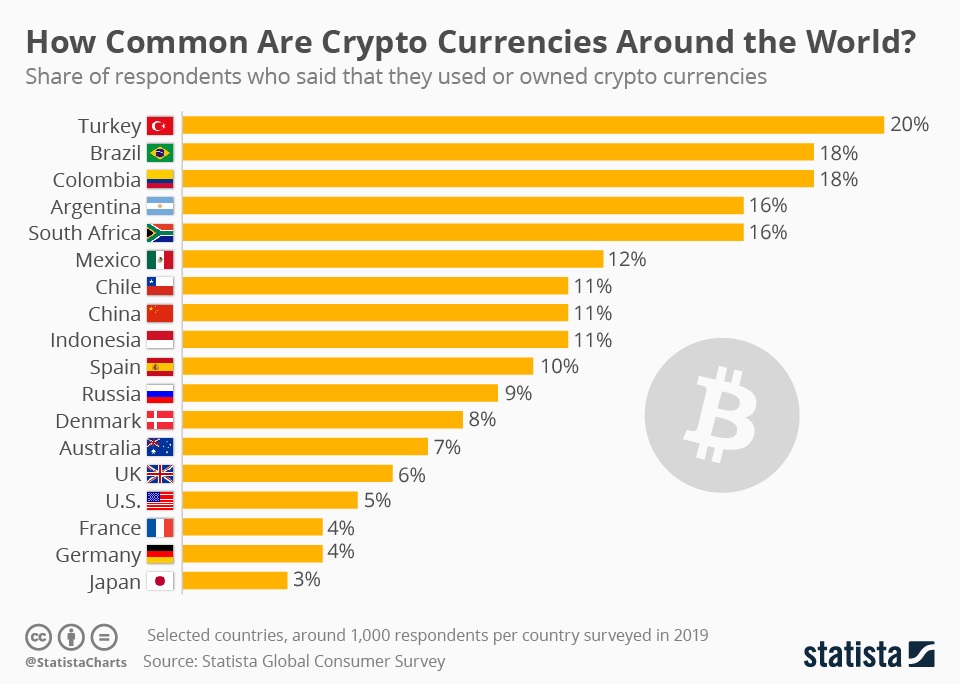 It is not surprising why Turkey has directed its attention to Bitcoins. The country is going through difficult economic times, with inflation rates reaching its highest value in the last 15 years. The Turkish lira, the country’s national currency, suffered a devaluation of 20 percent within 24 hours, on August 10.

Emin Gün Sirer, a Turkish-American professor, has also remarked that the interest of the younger generation in technology has also been a factor in driving acceptance of the cryptocurrency.

This economic climate, paired with the technological interest of the population, has made Bitcoin a financial alternative for hodling BTC.

Even if the government has not outrightly banned the use and trading of cryptos, it has tried to dissuade its citizens from investing in digital assets. 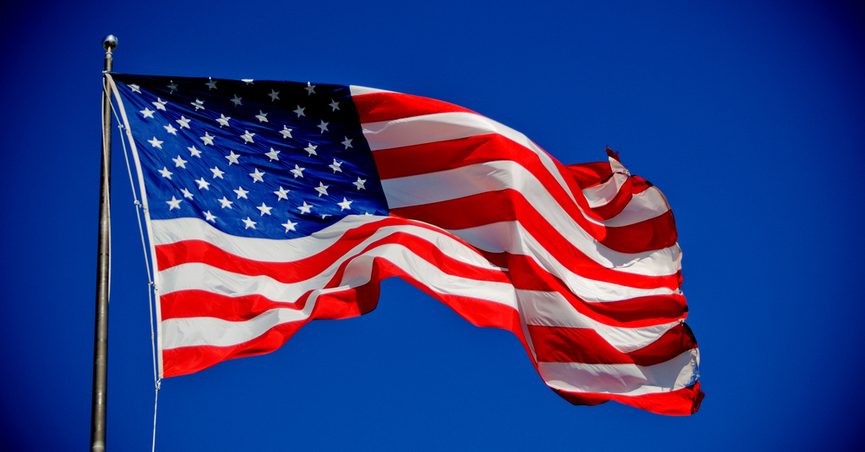 Other information that has led us to believe that the US has the largest number of Bitcoin holders is that the FBI seized 26,000 Bitcoins during the “Silk Road” operation, and a large number were auctioned off to top businessmen in the country. Tim Draper allegedly purchased 30,000 Bitcoins from the auction.

The Winklevoss Twins, owners of the Gemini exchange and known American entrepreneurs, are hodling at least $1 billion worth of Bitcoins.

Also, the sheer number of wallets owned by exchanges based in this country suggests that a large number of people are hodling Bitcoin on US territory. The Bitcoin wallet of Bitfinex alone is estimated to hold $1 billion of BTC.

Based on this evidence, we consider the US the country with the highest number of Bitcoin holders in the world. 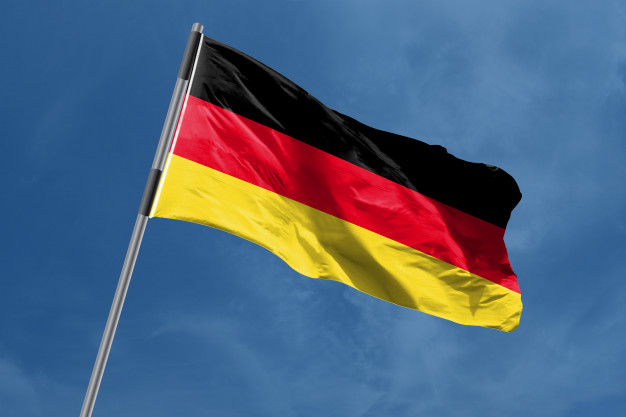 According to the ING survey, Germany is the country with 8% of its population that owns cryptocurrency. There are many crypto exchanges that operate in the EU economic zone, which would allow Germans to easily access and buy Bitcoin from these platforms.

Also, according to node distribution, Germany is second after the US, holding a total of 1895 nodes, a number which represents 20.07% of the entire Bitcoin network. 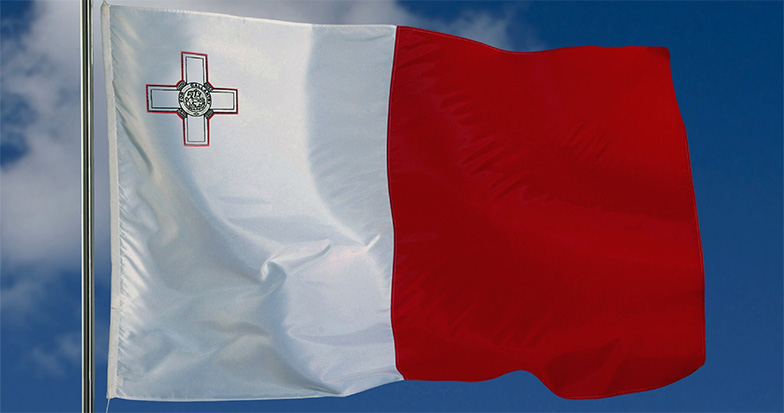 The government of Malta has been very supportive of both crypto and blockchain projects, and as such, it has implemented one of the most stable and welcoming legislation in the crypto space.

This has prompted many exchanges and businesses to move their headquarters to this island, as many of their home countries began implementing more stringent laws in this industry sector and made their operations more difficult. One of the biggest exchanges in the crypto world, Binance, is now relocated to Malta. Considering that Binance does not deal with fiat currency and most trading is done against BTC, we assume that the company would have a considerable sum of Bitcoins in their wallets. 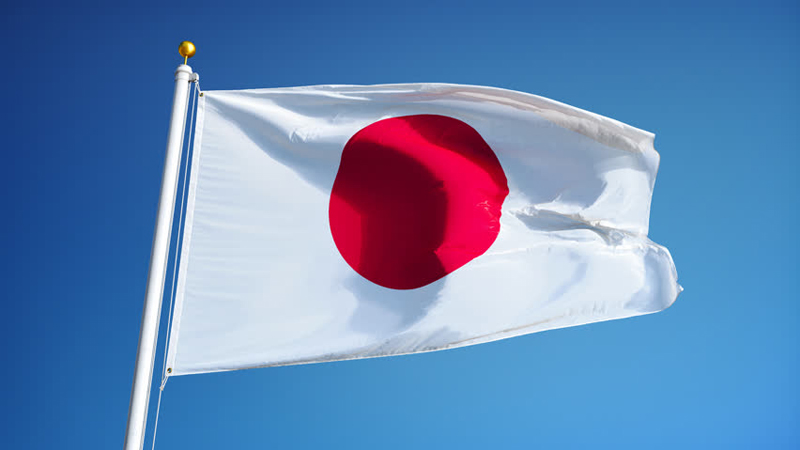 The country is also home to many crypto exchanges that operate with large volumes of Bitcoins.

This means that a large amount of BTC goes in and out of the country, and we would assume that many would have opted to keep their bitcoins for long term investments. According to Coinhills, the most traded fiat currency against Bitcoin is the Japanese Yen, with which 105,738.94 Bitcoins have been purchased. Of course, the first fiat currency used in buying Bitcoin is the US dollar, representing over 70% of the total of fiat currencies used to purchase Bitcoin. But considering that many exchanges only accept US dollars, we should take into account how many people have converted their national currency into USD before buying BTC.

As only Japanese and a few Asian exchanges accept JPY, and that the buyers to be most likely to own and use JPY are residents in Japan, we can assume that most of the JPY-BTC purchases were made from this region.

In terms of Bitcoin node distribution, Japan operates only 194 nodes, which represents 2.05% of the entire network.

There is no way of precisely determining just how many Bitcoin holders a country has. Even if you can look up crypto surveys or look ad node distributions of the Bitcoin network, you can make some assumptions, but those can be completely different from reality. While several countries from South America or Eastern Europe seem to have high percentages and interest in crypto ownership, you also have to take into account the buying power of those countries, as crypto and Bitcoin ownership by country might differ significantly. After all, Bitcoin is the most expensive crypto on the market, and even buying a tenth of its value would still mean too much for someone that has a depreciated national currency.

In the past couple of days, the Mindol (MIN) token has attracted significant attention after jumping to the top 30....