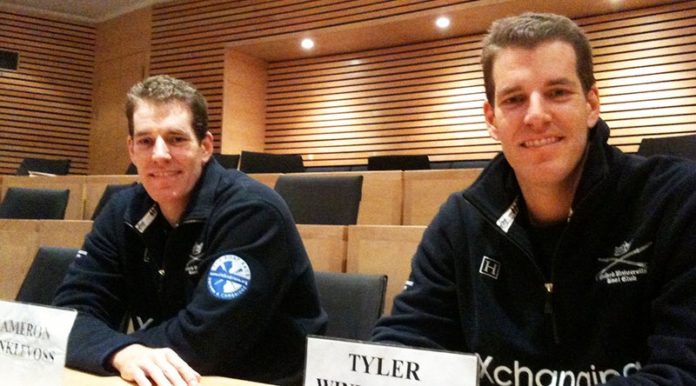 Some of the crypto industry’s biggest exchanges are joining with the Winklevosses in an effort to bring self-regulation to a market that many perceive to be fly-by-night and unstructured.

Five months following its creation, the Virtual Commodity Association (VCA) has onboarded Bittrex, bitFlyer USA and Bitstamp, a site update reveals. A press release detailing the developments indicates that the VCA plans to hold its inaugural meeting in September 2018. On the docket for deliberation, the association plans to discuss membership guidelines, best practices for productive self-regulation and staffing appointments for the VCA’s executive director and board of directors.

The first round of members to join since the Winklevosses’ created the self-regulatory organization with their Gemini exchange, the expansion represents a significant step toward private sector self-policing in an industry that has seen little regulatory direction from public sector institutions, particularly in the United States.

Last month, on July 26, 2018, the SEC denied an ETF proposed by the Winklevosses in cooperation with BATS Global Market’s BZX stock exchange. Just a day before, the SEC put five ETF decisions on the backburner until September, going on weeks later to delay yet another ETF until the same month, as well.

With its rejection of the Winklevoss ETF, the SEC suggested that bitcoin markets do not feature enough structure or regulatory safeguards to merit approving an ETF, a decision that one commissioner believes sets a disconcerting precedent for playing gatekeeper and signaling to investors which markets it deems as legitimate.

Creating a body to deal with the issue of industry self-regulation should play well with regulators; furthermore, it should also signal to institutional investors that the crypto market is starting to mature and is ready to enter its next phase of growth.

Maria Filipakis was also announced as the VCA interim executive director. Formerly executive deputy superintendent at the New York Department of Financial Services (DFS), Filipakis was key to the drafting and implementation of the New York BitLicense regulations. The body will also have an independent board and a mandate to establish a framework for crypto industry best practices.

John Roth, chief compliance and ethics officer at Bittrex, commented that the new body will improve the credibility of the industry in the eyes of regulators.

“The blockchain industry must focus on protecting its customers and operating in a responsible manner to significantly increase adoption globally. By working with the VCA, we can advance our shared goals of improving transparency, accountability, and security across all virtual currency trading platforms.”

With additional contributions from Colin Harper.

Though he left the company decades ago, Steve Wozniak solidified his name next to the late Steve Jobs as a...