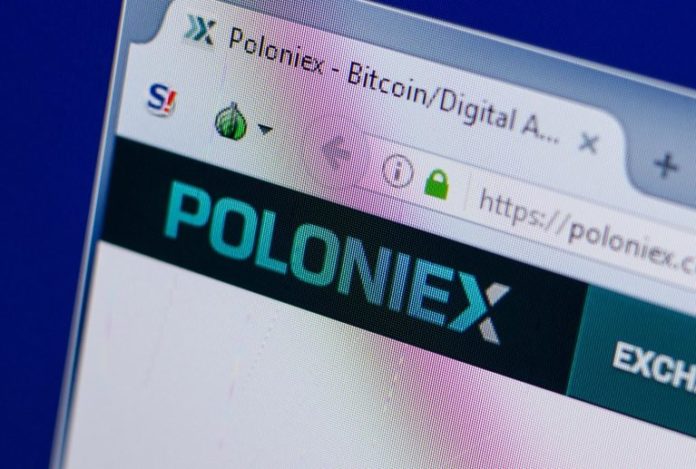 The crypto firm Circle recently revealed that it was spinning off the trading platform Poloniex and has since warned customers to withdraw assets or they may be sent to state governments. Following the announcement, the founder of the crypto network Digibyte (DGB), Jared Tate, explained he was extremely upset that his friend’s and family’s sensitive personal data “is now in the hands of [Poloniex].” Not too long after Tate’s tweet, the Poloniex Twitter account responded by denying ownership of U.S. customer data, and revealed the exchange would “delist DGB soon.”

Also Read: Circle Warns Poloniex US Customer Assets May Be Sent to the Government

The trading platform Poloniex has been scrutinized lately after the over-the-counter (OTC) digital currency management firm Circle sold the exchange in October. After the spinoff, Frank Chaparro and Celia Wan asserted that “Tron founder Justin Sun is behind Poloniex’s spin-off.” Others in the crypto industry also assumed Sun had a hand in the crypto exchange purchase.

At the time, Tron (TRX) founder Justin Sun denied being behind the exchange purchase, but on November 12 he admitted he was part of a group of investors behind the Poloniex acquisition during a live-streamed broadcast published on Twitter. Moreover, since Poloniex left the Circle umbrella, U.S. customers have been banned from using the platform and asked to withdraw coins by a certain date. Circle emailed its U.S. customers this week and detailed that it may charge dormant fees to people who don’t withdraw their crypto and digital assets may be sent to governments.

After the news, Digibyte (DGB) founder Jared Tate took to Twitter and said he was not very happy about the situation. The tweetstorm also attacked the Tron (TRX) network and Tate called Poloniex a “TRX shill factory after making off with U.S. customers’ sensitive data.” After discussing his dislike for the crypto and the business move Tate wrote:

I am royally pissed my personal data, my friend’s and family’s data and other U.S. Digibyte customers’ most sensitive data is now in the hands of this circus that is now Poloniex. Or the TRX shill factory as we should now call it.

After a careful review, we decided #DigiByte is not qualified per our listing standard. We will delist $DGB soon. Details to be announced.

The tweets received a response from the Poloniex Twitter account after Tate accused the company of holding U.S. data. “We don’t own any U.S. customers’ data as all of them are preserved by Circle,” the Poloniex account replied to the Digibyte founder. “By the way, after careful review, we decided digibyte is not qualified for our listing standard [and] we will delist DGB soon — Details to be announced.”

After the Poloniex account announced the exchange would delist DGB, the discussion became a hot topic on social media and crypto forums. The Block analyst Larry Cermak tweeted “What’s happening with Tron and Poloniex is an embarrassment — Please don’t delist me Poloniex.” Podcaster Udi Wertheimer explained how the controversy was great marketing.

“Poloniex was a completely irrelevant exchange up until a few months ago. No one remembered it existed,” Wertheimer tweeted. “Now with a new eccentric owner, and an aggressive social media strategy, it’s everyone’s favorite topic. Watch and learn plebs.” Wertheimer is right that the community and the company’s decisions have made the Poloniex and Tron relationship a trending topic within crypto circles. The recent email from Circle and the announcement that the exchange will delist DGB also follows Poloniex’s acquisition of TRXmarket. The largest decentralized exchange (dex) by volume on the Tron network was purchased by Poloniex for an undisclosed sum.