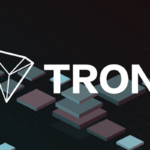 In today’s article, we will be using an analysis of past price trends and market opinions to establish a Tron (TRX) price prediction for October 2019.

The Tron blockchain was established in 2017 by Justin Sun, a former employee of Ripple, as a content and entertainment sharing platform. The native coin of the Tron platform is TRX.

The Tron Protocol is a blockchain-based operating system that allows the development and deployment of smart contracts and decentralized applications, as well as enables publishers to share, publish, own, and store data, as well as other content in a decentralized manner. The network was designed to provide massive scalability and high-volume transaction processing.

October 6th had Tron at a trading price of $0.0152, with the crypto gaining 3.5% in the previous 24 hours but remained steady since the start of the day.

Our Tron price prediction analysis continues into the next week, with Monday, October 7th, opening at $0.0148. The coin lost the gains it made the previous day but, by the end of the day, it recovered and climbed to $0.0164.

After Tron’s impressive recovery on Monday, October 8, TRON’s coin maintaining itself above the $0.016 mark, trading at $0.0163, with recorder growth of over 10% in the previous 24 hours.

From a technical perspective, TRX/USD generated a lower high at $0.0175 from within the long-term bearish trend created since June 2019, when the coin reached a high of $0.0400. Since then, it lost 60%, bottoming at $0.0117. In spite of its small recovery signs, TRX failed to get to previous resistance levels of $0.0186 (September 21), which might signal a bearish trend.

On a daily chart, the initial support is created by SMA50 (Simple Moving Average) at $0.0156. Movements below this line will enable an extended correction to the short-term upside trendline in tandem with the $0.0147 of the lower line of one-day Bollinger Band.

If the coin moves past the $0.0175 mark, the bearish forecast will be negated and might signal a price recovery.

Our Tron Price prediction also focuses on the project’s developments and announcements, as these can also influence the price of TRX.

In recent news, it has been revealed that the Tron chain will implement the Dai stablecoin through a layer 2 scaling solution called Loom network. Justin Sun announced that there will be some secret revolutionary project designed by the developers of the BTFS. The BTFS protocol was launched by Tron in the third quarter of 2019, and it was designed to offer a set of tools for developing decentralized storage networks.

From the start of the month, TRON attracted a lot of attention when it announced an upcoming project involving BitTorrent. Following this announcement, there was an increase in value for both TRX and BTT coins by 20% and 10%, respectively.

The number of decentralized applications that run on the TRON protocol is still on the rise, reaching 622 in total, in the past week, representing a 6.5% increase, based on the latest information.

“According to @dapp_review, the number of TRON DApps reached 622 in total with 38 new DApps. Both the number and volume of transactions have picked up since last week. Also TRON-based BTFS protocol launched its mainnet in Q3, 2019,” tweeted Justin Sun recently.

On October 10th, Tron announced a new alliance, which is part of an international education initiative for preparing the next wave of blockchain developers. Among the foundational thirteen companies that will join their forces to offer their abilities and proficiency to change the industry for the better are TRON, Stellar (XLM), Hedera (HBAR), ICON (ICX), Wanchain (WAN), and Ontology (ONT). Other companies that have been reported to be included in the alliance are Emurgo, ETC Lab, Harmony One, Nervos, Orbs, LTO Network, and NEM (XEM).

Tron’s roadmap features many significant upcoming projects, and its CEO, Justin Sun, seems to have good ties and market leaders such as BitForex, FX market company – Shift Markets, and even China-based exchange OTCBTC.

Various crypto sites have issued their own Tron price prediction for October, so in order to have a better insight into the market sentiment, we have featured some of them below:

WalletInvestor predicts that the trend for Tron will be bullish, based on the past prices of the last 30 days.

It calculated the three resistance points and levels at:

The Uslifed website predicted that the price of Tron would be 0.45 USD in October.

CryptoGround’s Tron price prediction is based on their deep in-house learning (neural network) algorithm applied to the historical data of TRX. They forecasted that, in one week, the price for Tron will be $0.0165, with a change of 3.04% and, in one month, it will have $0.0164, with a change of 2.39%.

We hope that our article has helped you in getting a clearer image of the Tron market, which will possibly help you in your trading activities. As we all know, no one can accurately predict the price of any crypto, regardless of how much information or expertise they have.

What the Future Holds for Crypto Derivatives

The cryptocurrencies market have never been stable, and yet, people still believe it can be the future of our economy....