Twetchers can now choose how much it costs for a user to interact with them using the command /trolltoll. Twetch is reshaping the whole landscape of social networks allowing users to keep their data, profit from their content and an advert free platform all in one hit.

Twetch is an application based on blockchain technology and micropayments meaning users not only own their data, but also profit from their content. Users pay to post, pay to like and pay to comment.

Why would I pay when I can do the same on Twitter for free?

How does it work? Bitcoin SV (BSV) allows microtransactions on a massive scale, where the users can pay cents (or even less!) to perform interactions because transactions fees are tiny. In return, creators can get paid for the things they would normally do on a platform, like Twitter, for free.

In its current form, Twetch feels a lot like Twitter. But when a user posts, it’s being posted to the BSV blockchain – the data is actually hosted there – so users can access and take that data with them. The data is not the property of the social media platform, it’s yours.

Co-Founder, Josh Petty, explains: “The social media business model means the incentives are back to front; users create all the value for these billion-dollar companies, but they get nothing in return. We knew that by using BSV, we could start to empower the individual more than any other social media platform or application.”

He continued: “The selling point for BSV is that you have a protocol that enables micro-transactions and puts data on-chain. No other blockchain does this. We are able to build incentives with payments and give the user the ability to take their data with them wherever they go, all in one go. All of this is possible thanks to Bitcoin.”

Twetch’s new ‘/pay’ enables anyone to send and receive payments directly on Twetch. So, it’s like a terminal or Slack command, where you put /pay and then you tag the person you want to pay, enter the amount, and then it instantly sends peer-to-peer digital currencies between users.

It’s like integrating Venmo or CashApp directory into Twitter – or in this case – Twetch. It uses Bitcoin SV as the payment system. 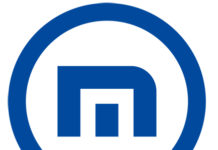 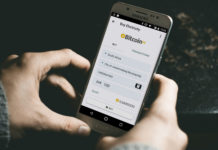 On Monday, the United States Department of the Treasury announced it will be “borrowing” a record $3 trillion to help...