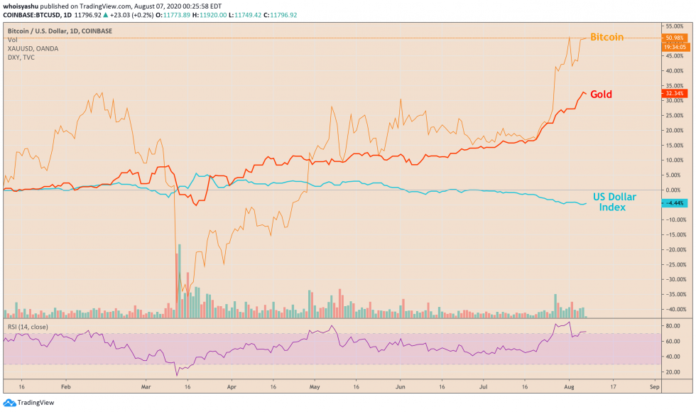 The level–last approached in 2019 against the backdrop of an escalating US-China trade war and falling yuan– has fallen back into the radar of Bitcoin bulls. Only this time, the weakening US dollar has replaced its Chinese counterpart as the cryptocurrency’s bullish catalyst.

Meanwhile, fears of inflation caused by the US Federal Reserve’s dovish policies have improved Bitcoin’s upside prospects. Bids for safe-havens have gone higher as the central bank maintains its benchmark rates near zero, crushing bond yields. That has sent the price of Bitcoin and its traditional hedging rival, gold, up north.

Bitcoin and Gold’s performance against the US dollar index. Source: TradingView.com

At the time of this writing, BTC/USD was trading 64 percent higher. The XAU/USD, on the other hand, was up 36.93 percent.

An Ugly US Dollar Quarter Ahead

Technical readings see Bitcoin and gold as overbought assets. In simple words, they both remain under the risks of downside corrections caused by profit-taking behavior. Traders may sell them at their local tops to secure short-term profits, thereby pushing the demand for the US dollar higher.

But then, one analyst sees the greenback in a dangerous zone. Win Thin, the head of global currency strategy at Brown Brothers Harriman, told CNBC that the dollar might drop further into the current and the next financial quarter, blaming the US’s inability to contain the COVID pandemic as effectively as Europe and other territories.

“This is one of the rare occasions when Europe will actually outperform the U.S.,” the analyst said. “The stars are aligned against the dollar.” 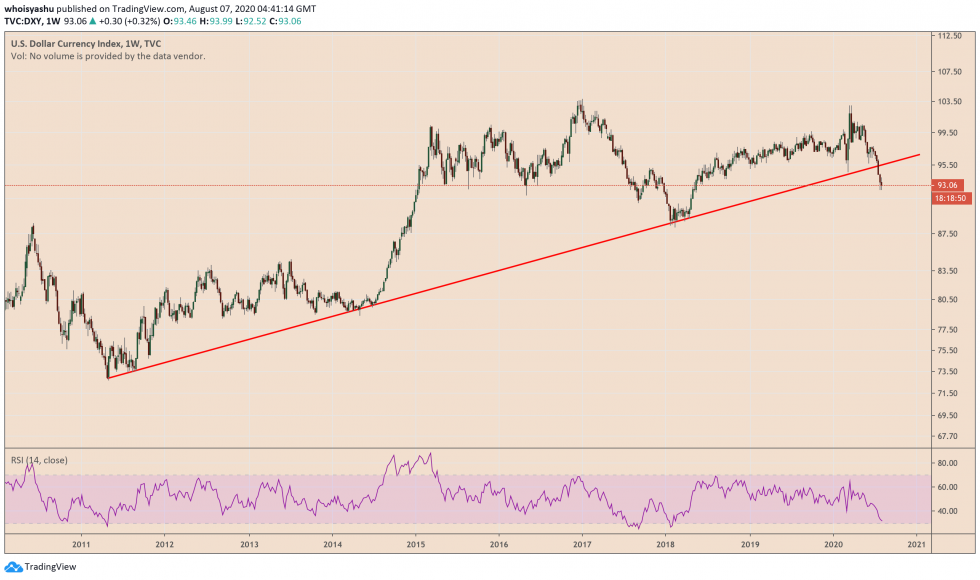 He added that the US dollar index, which is on track for its seventh weekly decline in a row, may drop to its 2018 low before the end of 2020.

“I do suspect given the cyclical, we’ll test the downside of that range, and for the DXY [dollar index] that’s around 88,” Thin explained. “So, we’ve got some ways to go.”

The negative correlation between the US dollar index and Bitcoin has grown since March’s global market rout. Therefore, any weakness in the greenback could point to a more substantial Bitcoin ahead, bringing its psychological upside target of $14,000 in proximity.

A Bullish Gold Call – and Bitcoin

With sentiments against the US dollar, the first asset that is to benefit the most is gold. EB Tucker, the director of Canada-based Metalla Royalty, told Kitco in his latest interview that he sees the precious metal hitting $2,500 by the end of this year.

“Normally I would say [the bull run is overheated] but what I’m seeing in the daily action is that gold is rising in a very measured way and is not meeting much resistance, so when that’s happening you just step out of the way and let it go, that’s what you do,” he said.

Mr. Tucker had earlier predicted gold to hit $2,000, a forecast that came to be true earlier this week. 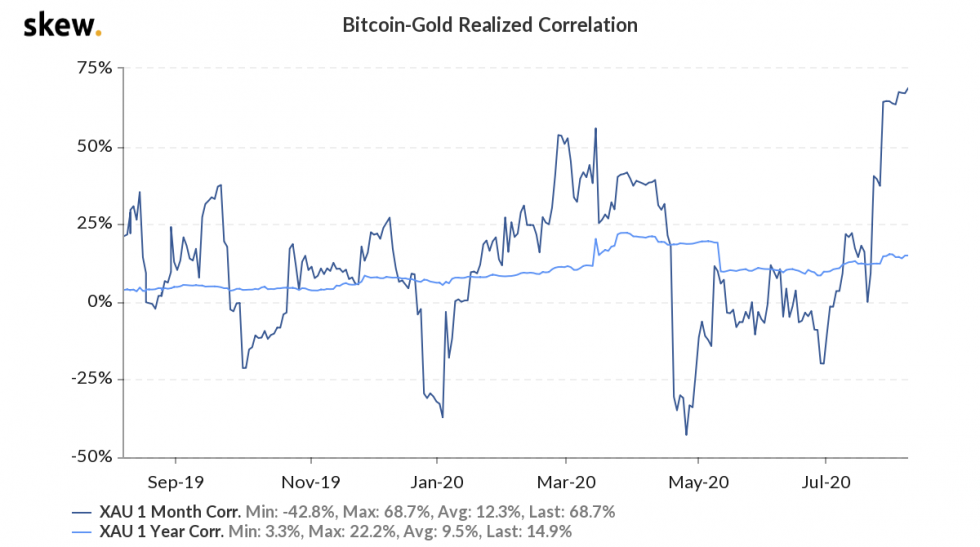 The cryptocurrency’s one-month realized correlation withe the precious metal hit 68.7 percent on August 6, its highest this year. Given the relationship continues further into the year, Bitcoin may end up hitting $14,000 as gold hits $2,500.

The digital currency asset manager Grayscale told investors on Thursday that the firm has publicly filed a Registration Statement on...