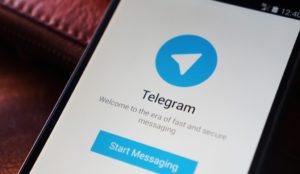 The US SEC recently demanded that Telegram shares its financial details as part of their case regarding Telegram’s ICO, which the company refused to do.

The beef between Telegram and the US Securities and Exchange Commission (SEC) appears to still be on-going as 2020 kicks off.
As many may remember from previous reports, Telegram held an Initial Coin Offering (ICO) during which it sold its upcoming cryptocurrency, Gram. However, in October 2018, the US SEC filed a lawsuit against Telegram for conducting an ‘illegal’ token sale of supposed securities.
During the ICO, Telegram managed to attract 171 investors, and it raised $1.7 billion through the use of Simple Agreement for Future Tokens (SAFT). The funds were collected for the development of the project’s own blockchain, known as TON (Telegram Open Network).
Now, according to a report from Law360, the US regulator demanded that Telegram provides its bank records and other details regarding the ICO.
US SEC and Telegram in conflict once again
The regulator turned to a New York federal judge with the request. The SEC claims that reviewing Telegram’s bank records could provide additional clarity and that it might allow its members to once and for all establish whether Telegram’s sold unregistered securities or not.
The SEC allegedly issued its request to Telegram itself, at first, but the company refused to share its bank details. Since the SEC considers this information highly relevant, it had no choice but to turn to the US District Court for the Southern District of New York.
According to their request, the regulator wants to know how much money Telegram has spent, in what way, how will Telegram Messenger be integrated into TON Blockchain, as well as all other related applications of the blockchain.
Telegram’s original plan was to launch the TON blockchain back on October 31st, but the confrontation with the SEC forced the messaging app provider to delay the launch date. Currently, the TON launch is scheduled to occur on April 30th, 2020. However, if the company fails to negotiate a truce with the US regulator and ends up being forced to delay the launch once again, its investors are likely to demand their money back.
With the case still ongoing, Telegram is under a lot of pressure to calm the situation with the US regulator. Alternatively, many assume that the company might be forced to launch the TON Blockchain outside of the US and start denying its services to US users.
But, according to their own claims, if and when the Gram token sees launch, it will be a currency and/or a commodity. In other words, Telegram seems to be sure that its token does not violate any federal security laws in the US.
Do you think that Telegram will come to an understanding with the SEC? Let us know your thoughts in the comments below.