The head of the United Arab Emirates Securities & Commodities Authority (ESCA) announced today that the country plans to provide companies with a new regulated way to raise money – through initial coin offerings (ICOs).

ICOs would offer companies an alternative to initial public offerings (IPOs) which, due to weak equity markets coupled with low oil prices, have been very limited. This has impacted not only the UAE but the whole Gulf Arab region. 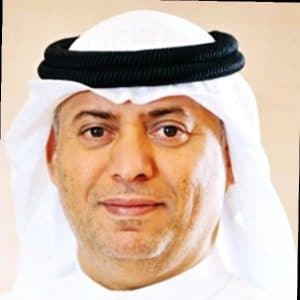 Speaking at a seminar this Monday, Obaid Saif al-Zaabi said: “the board of the Emirates Securities & Commodities Authority has approved considering ICOs as securities. As per our plan we should have regulations on the ground in the first half of 2019.”

To achieve this, Zaabi revealed today that the regulator is working with the Abu Dhabi and Dubai stock markets to develop trading platforms for the ICOs. Further details will be announced in the future, he said.

Back in September, Finance Magnates reported that the regulator had approved a plan setting out its proposed framework to regulate crypto asset activities, including ICOs, exchanges and other intermediaries.

Under the guidelines, startups wishing to execute an ICO must approach the ESCA to see if it falls under the body’s regulation. Also, market intermediaries and secondary market operators dealing with ICOs must be approved by the regulator.

Zaabi also revealed that in 2019 a new law may come into effect. This would allow family owners to sell majority 100 per cent stakes in the companies they control in initial public offerings. He added: “The Ministry of Economy has written to the prime minister’s office and we are awaiting approval.”

At the seminar this Monday, Zaabi also announced that the ESCA wants the boards of listed companies to have a female representation of 20 per cent.