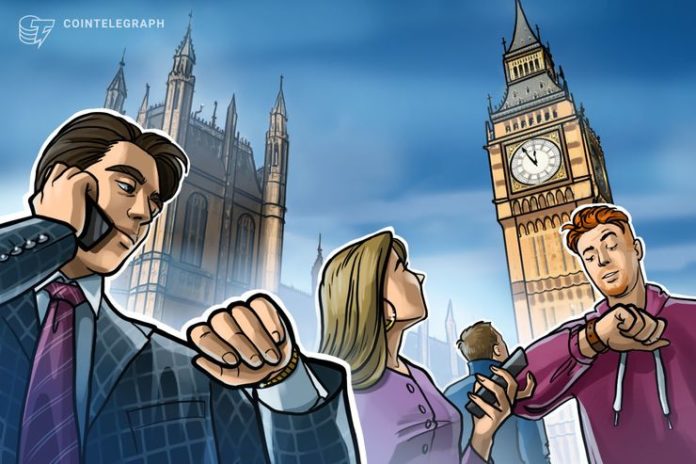 The U.K. government has faced questions over whether it is actively monitoring the impact of the global crypto market downturn on the domestic blockchain industry, Finance Feeds reports September 18.

Lord Taylor of Warwick is reported to have asked “Her Majesty’s Government what assessment they have made of reports that the value of cryptocurrencies in the United States is falling, and of the potential effects that such a decline might have on the UK blockchain industry.”

Lord Bates, the Minister of State at the Department for International Development, is said to have responded by saying that while the government does “monitor developments” in the crypto markets, it has not “made a formal assessment of any potential implications of recent changes in the value of cryptocurrencies.”

As part of his response, Lord Bates is said to have drawn attention to the activities of the Cryptoassets Taskforce, which was launched in March by the Chancellor of the Exchequer.

The Taskforce comprises HM Treasury, the Bank of England and the Financial Conduct Authority (FCA), and is charged with assessing the benefits and risks of crypto, as well as of the use of blockchain in financial services. The group is also considering what, if any, regulation would be appropriate for the space and is reportedly set to publish a forthcoming report outlining its recommendations this fall.

Finance Feeds further notes that John Glen, Economic Secretary of HM Treasury, has recently stated that while the Bank of England is not holding formal discussions with the Chancellor about issuing a state-backed digital currency, it is nonetheless conducting research to understand the potential implications such a move would have.

Glen has also this spring reportedly emphasized that the UK government “currently has no plans to recognise digital currencies as legal tender [n]or to propose designating them as financial instruments”.

Earlier this summer, the FCA issued guidance for banks on how to handle the risks their clients may face when dealing with crypto assets, arguing for a highly individualized approach tailored to differences across a spectrum of business relationships. The U.K, as Finance Feeds notes, does not broadly regulate crypto, except for certain derivatives such as crypto-based Contract For Differences (CFDs).

A Bitcoin mining company formed from a U.S. private equity firm plans to begin building a 36 megawatt farm in...