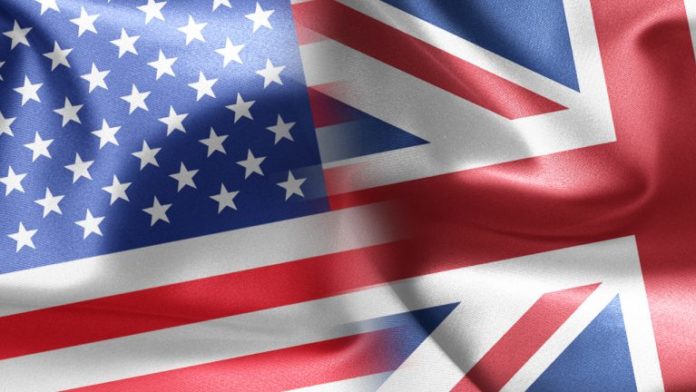 The U.S. Federal Reserve and the Bank of England made major announcements this week. Following its two-day policy meeting which concluded Wednesday, the Fed pledged to keep its key interest rate near zero until the economy reaches full employment and inflation runs “moderately” above its 2% goal for “some time.” Projections from individual members of the Federal Open Market Committee also indicated that rates could stay anchored near zero through 2023. “This was the first time the committee forecast its outlook for 2023,” CNBC conveyed.

In the U.K., the Bank of England voted unanimously on Thursday to leave the country’s main interest rate unchanged at 0.1%. Warning that the outlook for the economy remains “unusually uncertain,” the British central bank revealed its plans to explore how a negative interest rate could be effectively implemented.

Commenting on the two central banks’ announcements, Devere Group CEO Nigel Green warned that personal financial strategies should be “negative interest rate ready.” He explained that “the shifts have been seismic this year,” something that “would have been unimaginable even a few months ago.” As central banks struggle to “ease the economic pain” of the covid-19 pandemic, they have “ushered us into an era of almost zero interest rates,” he opined, elaborating:

Some experts [are] saying that the U.S. Federal Reserve and the UK’s Bank of England, amongst others, could be on the brink of implementing negative interest rates.

Among those who believe that the Fed will soon implement negative interest rates is macro strategist and former hedge fund manager Raoul Pal. He tweeted Thursday: “Well, another one bites the dust and folds. BOE is exploring negative rates. ECB [European Central Bank], BOJ [Bank of Japan], BOE [Bank of England], RNZ [Reserve Bank of New Zealand], SNB [Swiss National Bank] … eventually it will be the Fed too.” The former Goldman Sachs manager has also said that bitcoin beats gold in every measure, as news.Bitcoin.com previously reported.

Some people disagreed with Pal, insisting that the Federal Reserve will never implement negative interest rates. One Twitter user replied to the former hedge fund manager’s comment: “The Fed will never go negative – ever – they know if they do the rest of the CB’s will have to go more – the whole financial system will collapse.”

Many people on social media see the Bank of England’s negative interest rate news as a great advertisement for bitcoin, expecting a significant boost to the price of the cryptocurrency.

Moreover, the Federal Reserve announced a major policy shift at the end of last month to push up inflation, which some people in the crypto niche believe could significantly boost the price of bitcoin past $500K.

Last week, Green emphasized that the bitcoin “break out” case was “stronger than ever,” reiterating his prediction made at the end of August. Citing “record-shattering stimulus initiatives,” he explained that “Governments and central banks around the world are continuing to prop-up their economies. Just last week France announced a new $100bn package.” The CEO asserted:

The off-the-scale level of money printing drastically devalues traditional currencies, which serves to boost the price of bitcoin as investors look for viable alternatives.

“The stimulus agendas are unsustainable in the longer-term and there’s a potential inflation issue looming. Investors know this and are revising their portfolios accordingly,” he continued. Morgan Stanley’s global strategist recently recommended bitcoin as central banks ramp up money printing.

The uncertainty surrounding the November U.S. presidential election will also help boost the price of gold and bitcoin, several strategists have said. “Investors will pile into safe-haven assets, which are not tied to any specific country, such as bitcoin and gold,” Green noted, adding that “The fundamentals that make bitcoin an attractive investment are, in fact, gaining strength.” A Weiss Crypto Ratings analyst shares the sentiment, stating that long-term fundamentals signal a robust cryptocurrency bull market.

Do you think the two central banks will soon implement negative interest rates? Let us know in the comments section below.

The post UK Mulls Over Negative Interest Rates, US to Keep Near Zero Rates for Years appeared first on Bitcoin News.