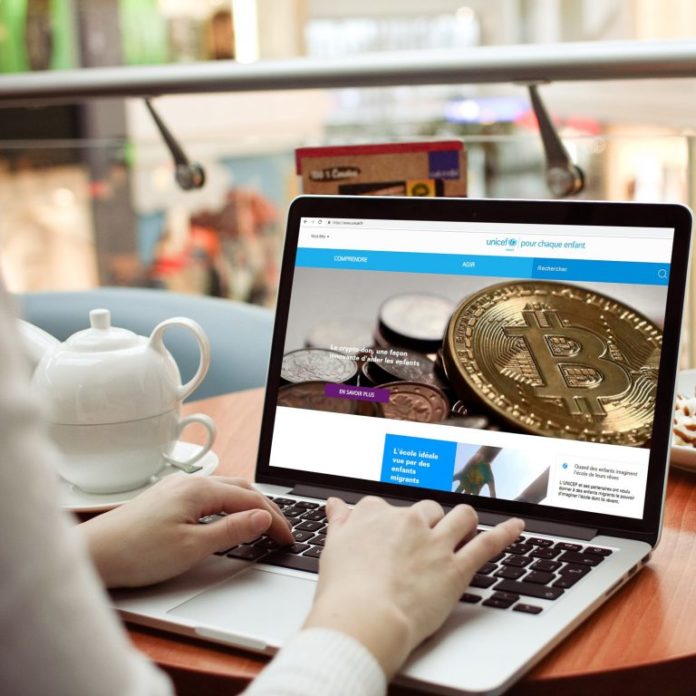 The French office of the United Nations Children’s Fund (UNICEF) has started accepting donations in 9 of the most popular cryptocurrencies, including bitcoin cash (BCH) and bitcoin core (BTC). The announcement comes after earlier this year the UN agency launched several other crypto-related initiatives. Donations in all supported cryptos are currently accepted directly through the website of the French branch, the Cryptonaute outlet reported. Commenting on the announcement, the director of UNICEF France, Sébastien Lyon stated:

Cryptocurrency and blockchain technology used for charitable purposes offer a new opportunity to appeal to the generosity of the public and continue to develop our operations with children in the countries of intervention.

The UNICEF official pointed out that cryptocurrencies and crypto technologies represent an innovation in fundraising for solidarity but are still employed by few organizations in the field. At the same time, he noted the positive trend in regards to the spread of cryptocurrency donations.

This isn’t the first crypto-related initiative of the United Nations Children’s Fund. In February, UNICEF launched a fundraising program to collect funds needed for the protection of the children suffering from the civil war in Syria. The campaign called “Game Chaingers” was targeting computer gamers. Participants had to download and install a special mining software application from the organization’s website. Their PCs were then used to mine ethereum for the program.

Later, in May UNICEF Australia started a similar campaign through a dedicated website called “The Hopepage”. Visitors are asked to share some of their computing power to mine and donate cryptocurrency by simply opening the page and consenting to their devices being used to process crypto transactions while surfing the internet.

As of the time of writing, more than 22,000 people are currently mining and donating cryptocurrency via the platform set up by the Australian office of the UN agency.

Do you agree that cryptocurrency provides a great alternative for charities and humanitarian organizations to collect funds? Share your thoughts on the subject in the comments section below.

Chechnya will create a Eurasian crypto mining pool, the press secretary of the head of the Chechen Republic has reportedly...