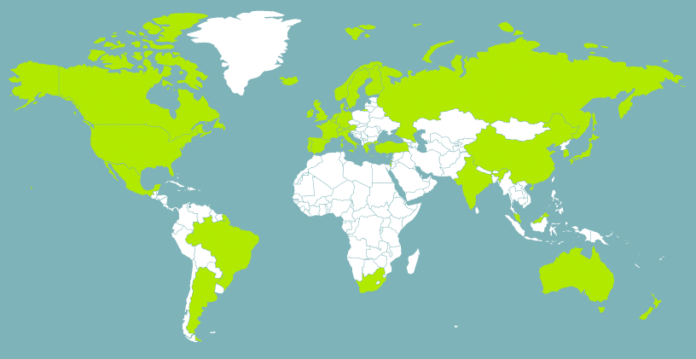 June 21 may be a “make or break” day for numerous cryptocurrency companies, particularly exchanges and crypto custodians. On that date, the Financial Action Task Force (FATF) is releasing guidance on how countries should oversee digital assets, Bloomberg reports.

What Is the FATF?

The FATF is a worldwide organization that develops recommendations on how participating nations should handle different aspects of monetary policy. Specifically, the organization is interested in combating money laundering and terrorist financing.

The FATF includes 38 members, including Switzerland, China, Japan, Australia, and the United States. Eric Turner, director of research at Messari Inc., describes the group as

“one of the biggest threats to crypto today…Their recommendation could have a much larger impact that the SEC or any other regulator has had to date.”

The FATF released their first set of recommendations in 1990 and have revised them four times since. The most recent revision occurred in 2012.

8 April – the deadline to give us your feedback about how #virtualasset service providers should handle information on transaction originators and beneficiaries
👉 https://t.co/Po7tEqthS0 pic.twitter.com/HIEzREIy7U

For transactions over $1,000, the upcoming guidelines will allegedly require virtual asset service providers (VASPs) to

“obtain and hold required and accurate originator information and required beneficiary information on virtual asset transfers, submit the above information to beneficiary VASPs and counterparts (if any), and make it available on request to appropriate authorities,”

In layman’s terms, cryptocurrency custodians will soon need to collect, maintain, and send personal information about the sender and receiver of cryptocurrency funds over $1,000. Besides the obvious privacy issues, building out a compliant system is an expensive, complicated headache. And, many platforms won’t be able to take the hit of the new FATF rules.

As you probably know, cryptocurrency is reasonably anonymous and can be difficult to trace. While platforms can perform KYC/AML checks on their own customers, they’re unable to discover the people behind the wallet addresses to which they send funds. As blockchain stands now, the FATF’s new rule pose an unsolvable problem.

“…applying bank regulations to this industry could drive more people to conduct person-to-person transactions, which would result in less transparency for law enforcement.”

Unfortunately, not complying with the upcoming guidelines could put a country on a financial blacklist. Doing so would isolate it from the global banking system – something that no nation wants.

Note on the removal of Local Cash Ads pic.twitter.com/ue2YBYErTY

While larger companies should be able to weather the storm, smaller startups are going to have issues staying compliant. For companies on the edge of profitability, the options come down to operating illegally or sacrificing user numbers to remain clean in the eyes of the law. Knowing the culture of cryptocurrency, we can guess as to which they’ll choose.

The post Upcoming FATF Guidelines Could Bring Doom to Some Crypto Businesses appeared first on CoinCentral.