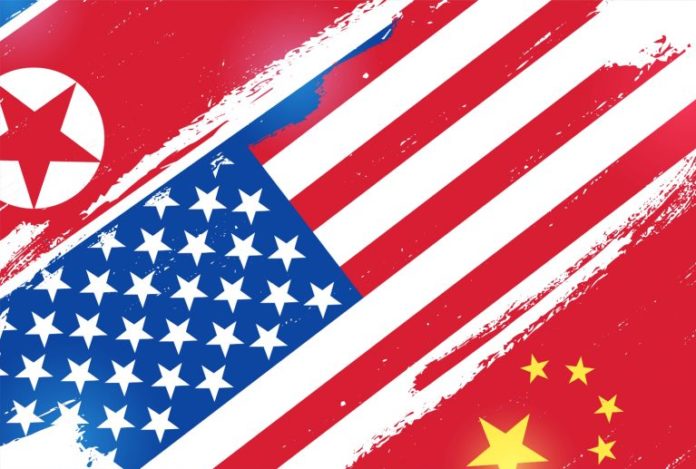 The U.S. government has charged two Chinese nationals involved in laundering stolen cryptocurrency worth $100 million from an exchange allegedly for the benefit of North Korea. They are linked to the U.S.-designated North Korean state-sponsored Lazarus Group. A total of 113 cryptocurrency accounts and addresses used to launder funds have been identified.

The U.S. Department of the Treasury’s Office of Foreign Assets Control (OFAC) announced Monday that it has sanctioned two Chinese nationals involved in laundering stolen cryptocurrency from an exchange.

Tian Yinyin (田寅寅) and Li Jiadong (李家东) “materially assisted, sponsored, or provided financial, material, or technological support for, or goods or services to or in support of, a malicious cyber-enabled activity” and the Lazarus Group, the OFAC alleged. The Lazarus Group is a U.S.-designated North Korean state-sponsored cyber group.

“North Korea continues to attack the growing worldwide ecosystem of virtual currency as a means to bypass the sanctions imposed on it by the United States and the United Nations Security Council,” Internal Revenue Service-Criminal Investigation Chief Don Fort claims.

In April 2018, an employee of an unnamed exchange downloaded the malware through an email, giving the hackers remote access to the exchange and unauthorized access to customers’ personal information, including private keys used to access crypto wallets stored on the exchange’s servers. The hackers used the private keys to steal cryptocurrencies worth $250 million at the time, the department added, noting:

DPRK malicious cyber proceeds are often transferred to cryptocurrency exchanges and peer-to-peer marketplaces with negligible customer screening compliance programs, or individual peer-to-peer or over-the-counter traders operating on exchanges that do not screen their customers.

Tian and Li Charged for Laundering Over $100 Million

In a separate announcement on Monday, the U.S. Department of Justice (DOJ) declared that the two Chinese nationals have been charged with laundering over $100 million worth of cryptocurrency from the cryptocurrency exchange hack.

Tian and Li allegedly received approximately $91 million stolen in an April 2018 hack of a cryptocurrency exchange and an additional $9.5 million from a hack of another exchange from accounts controlled by the Democratic People’s Republic of Korea (DPRK). According to the DOJ, between December 2017 and April 2019:

The Treasury continued to explain that Tian moved the equivalent of more than $34 million of stolen funds in Chinese yuan through a bank account linked to his exchange account and transferred nearly $1.4 million dollars’ worth of bitcoin into prepaid Apple iTunes gift cards.

The defendants conducted business in the U.S. but at no time registered with the Financial Crimes Enforcement Network (FinCEN), the DOJ noted, adding that “the pleadings further allege that the North Korean co-conspirators are tied to the theft of approximately $48.5 million worth of virtual currency from a South Korea-based virtual currency exchange in November 2019.” The department added:

A U.N. Security Council report released in August 2019 estimates that North Korea had attempted to steal as much as $2 billion, of which $571 million is attributed to cryptocurrency theft. Noting that the $250 million was “nearly half of the DPRK’s estimated virtual currency heists that year,” the Treasury asserted that “This revenue allows the North Korean regime to continue to invest in its illicit ballistic missile and nuclear programs,” elaborating:

North Korea’s malicious cyber activity is a key revenue generator for the regime, from the theft of fiat currency at conventional financial institutions to cyber intrusions targeting cryptocurrency exchanges.

Cryptocurrency service providers and traditional financial institutions should remain vigilant and alert to substantial changes in customers’ activities, as their business may be used to facilitate the transfer of stolen funds, the Treasury warns. “The United States is particularly concerned about platforms that provide anonymous payment and storage functionality without transaction monitoring, suspicious activity reporting, or customer due diligence, among other obligations.” The department noted:

What do you think of the U.S. taking action against two Chinese nationals for allegedly laundering millions of dollars worth of stolen cryptocurrency? Let us know in the comments section below.

Images courtesy of Shutterstock and the U.S. government.

The post US Charges North Korea-Linked Chinese Nationals for Laundering Over $100 Million in Stolen Cryptocurrency appeared first on Bitcoin News.