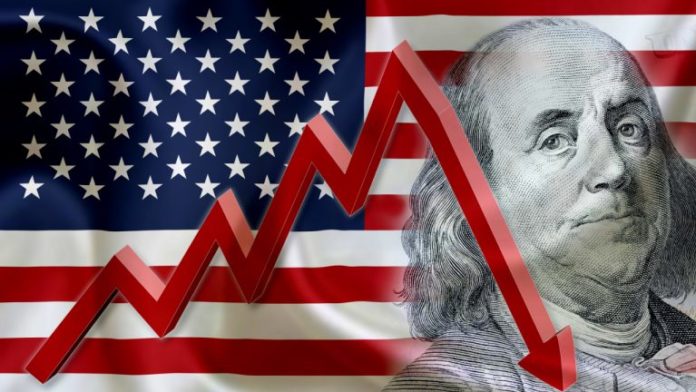 The US dollar is increasingly being viewed in a negative light by investors. Bank of America analysts are seeing a “Death Cross,” a bearish technical formation suggesting that a period of dollar weakness is coming. Meanwhile, confidence in gold has been rising.

Investors Losing Confidence in US Dollar

Investors are increasingly viewing the U.S. dollar in a negative light amid the resurging covid-19 pandemic and the prospect of improving growth abroad, such as in Europe.

Analysts at Bank of America Global Research explained on Wednesday that a decline in the dollar earlier this week has set off a bearish technical formation known as a “Death Cross” in the USD Index DXY. This occurs when the 50-day moving average crosses below the 200-day moving average. Reuters conveyed that according to the bank:

Past occurrences of the Death Cross have been followed by a period of dollar weakness eight out of nine times since 1980 when the 200-day moving average has been declining, as it is now.

Moreover, the dollar index fell 6% from its recent highs, the news outlet stated, adding that net bets against the dollar in futures markets are near their highest level since 2018. While the dollar has been seen as a safe haven for investors, its drop to two-week lows on Wednesday shows reduced safe-haven appeal, CNBC noted.

Some investors are also factoring into their dollar outlook criticism over the U.S. government’s response to the coronavirus crisis, protests over racial inequality, and President Donald Trump losing support months before the Nov. 3 presidential election. Analysts at TD Securities told Reuters that the dollar could also suffer if U.S. lawmakers fail to extend some stimulus programs for businesses and families that will soon expire. Recently, the firm cut its outlook for the dollar’s performance against a broad range of major currencies.

In contrast, some investors believe Europe could have greater success in containing the covid-19 pandemic, which could result in accelerated growth in the region. Shaun Osborne, chief FX strategist at Scotiabank, told the publication: “Clearly at this point, European Union countries have made more progress than … the U.S. — where economic trends are lagging noticeably.”

Meanwhile, confidence in global stock markets and gold is strengthening. Edward Moya, a New York-based senior market analyst at OANDA, said: “Investors are growing more confident that this stock market rally is not going to end any time soon … And that’s pretty much based on expectations that you’re going to continue to see a strong global stimulus response over the coming weeks and months.”

Analysts are also bullish on gold. On Wednesday, gold prices soared above the technical level of $1,800 per ounce for the first time since 2011, CNBC detailed, adding that “analysts say the metal’s rally is just getting started.” Besides gold, some investors have also expressed rising confidence in cryptocurrency, particularly bitcoin, such as Galaxy Digital CEO Mike Novogratz. However, gold prices retreated Thursday while the dollar rallied, coinciding with the Supreme Court ruling that a New York prosecutor can obtain Trump’s financial records.

Where do you think the US dollar is headed? Let us know in the comments section below.

Bitcoin has stabilized following yesterday’s slight volatility, which allowed it to climb as high as $9,450 before hitting some notable...