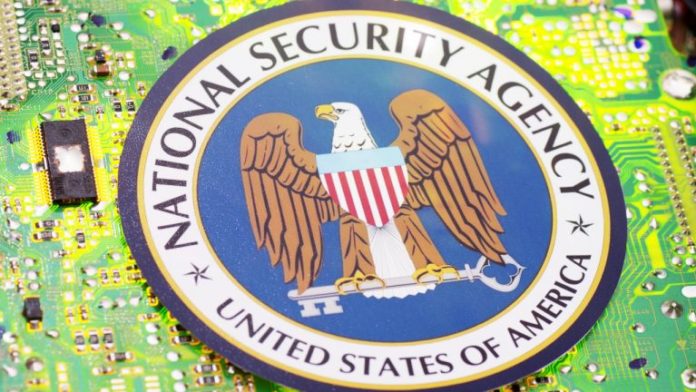 A federal appeals court has ruled that the U.S. National Security Agency (NSA) mass surveillance program that collected data on billions of Americans’ telephone calls was illegal and possibly unconstitutional. The program was exposed by former NSA contractor Edward Snowden.

The United States Court of Appeals for the Ninth Circuit published its 59-page ruling of the “United States v. Moalin” case on Wednesday, almost seven years since the appeal was filed in November 2013. It involves four Somali immigrants who were convicted on terrorism financing charges.

The case also “raised complex questions regarding the U.S. government’s authority to collect bulk data about its citizens’ activities under the auspices of a foreign intelligence investigation, as well as the rights of criminal defendants when the prosecution uses information derived from foreign intelligence surveillance,” the court document details.

A three-judge panel ruled that the NSA metadata program, which was exposed by former NSA contractor and whistleblower Edward Snowden in 2013 and officially ended in 2015, violated U.S. surveillance laws. Under the program, the NSA collected and analyzed bulk data provided by telecommunications companies. According to Snowden, the agency tracked 5 billion phone records a day. While upholding the convictions of the four Somali defendants, the court document states:

The panel held that the government may have violated the Fourth Amendment when it collected the telephony metadata of millions of Americans.

The court document cites Snowden, who now lives in exile in Russia, six times. “This judge repeatedly cites the Snowden disclosures, showing once again the power of a whistleblower driven by conscience and a press dedicated to the truth,” Freedom of the Press Foundation commented.

Seven years ago, as the news declared I was being charged as a criminal for speaking the truth, I never imagined that I would live to see our courts condemn the NSA’s activities as unlawful and in the same ruling credit me for exposing them. And yet that day has arrived.

Patrick Toomey, a senior staff attorney with the American Civil Liberties Union, said in a statement, “Today’s ruling is a victory for our privacy rights.” He noted in a tweet that “intelligence officials misled the public and Congress when they said that the NSA’s bulk collection program provided important evidence in Mr. Moalin’s case.”

Surveillance and cybersecurity counsel at American Civil Liberties Union (ACLU) Jennifer Granick said the Moalin case was the only case “the government could point to to say that the phone records dragnet ‘works.’ And now we know all that illegal mass surveillance wasn’t relevant even in this single instance,” elaborating:

Government lawyers argued the phone dragnet was critical and lawful. Actually, it was illegal. And it wasn’t critical. It wasn’t even necessary to show probable cause, never mind guilt.

Snowden added: “The ruling of the court demolishes the longest-held defenses of mass surveillance. After taking into account the best of the government’s evidence, the court found the program unlawful and ineffective, establishing the government’s public claims of ‘necessity’ were deceitful.” Snowden has been a long-time bitcoin advocate. News.Bitcoin.com recently reported that he was paid about $35K to discuss bitcoin at virtual conferences.

President Donald Trump said on Aug. 15 that he is considering a pardon for Snowden, Reuters reported. However, the former NSA contractor’s lawyer, Anatoly Kucherena, argued that the U.S. should drop all possible prosecutions against Snowden instead of just pardoning him as he had not committed any crimes.

What do you think about this court ruling? Let us know in the comments section below.

Bitcoin has crashed over 10%, Ethereum over 15%, and the total cryptocurrency market cap has lost over $37 billion in...