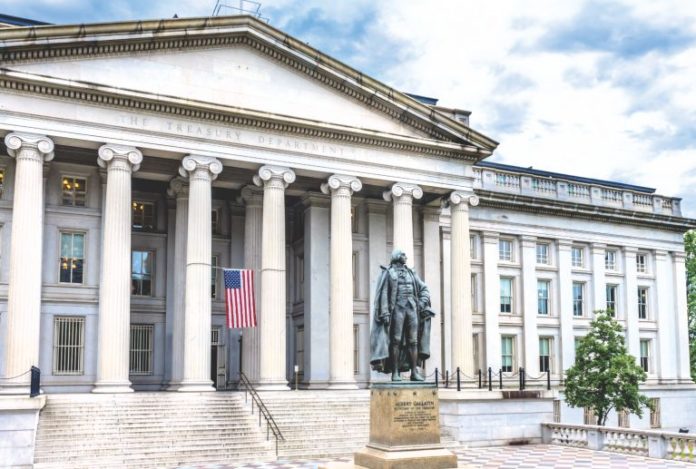 Cryptocurrency is one of the top issues for the U.S. Treasury. Particularly, the Treasury is worried decentralized cryptocurrencies can shift some functions away from the government to the private sector and raise the issue of self-government, according to Deputy Secretary of the Treasury Justin Muzinich.

Deputy Secretary of the U.S. Treasury Justin Muzinich discussed the Treasury’s priorities at the annual conference of the Bank Policy Institute (BPI) in New York last week. One area he focused on was payments, particularly cryptocurrencies. While acknowledging the value of innovation and welcoming efficiency improvements, he said:

Decentralized privately-issued digital currencies are not simply a means of payment, but, depending on their structure, can shift some functions traditionally performed by government to the private sector.

Muzinich added that “Digital currencies at scale raise not only concrete questions about money laundering, monetary policy, and other topics, but also very abstract questions about self-government.” The other topics he referred to included financial stability, user protection, and privacy. Due to these risks, the deputy secretary warned that those engaged in crypto markets should expect that “policymakers, in pursuing the public interest, will take a very hard look at these issues.”

While the Financial Stability Board (FSB) does not consider cryptocurrency a financial stability risk at this time, the Federal Reserve said stablecoins are a risk to the country’s financial system in a report issued earlier this month. The Fed believes that “the possibility for a stablecoin payment network to quickly achieve global scale introduces important challenges and risks related to financial stability, monetary policy, safeguards against money laundering and terrorist financing, and consumer and investor protection.”

The deputy secretary also discussed crypto-related problems the Treasury faces under the existing regulatory framework. Talking about national security, he revealed that “One of the issues at the top of Treasury’s mind is that digital currencies can potentially be used to evade existing legal frameworks.” Some problem areas he mentioned were taxation, anti-money laundering (AML), and countering the financing of terrorism (CFT).

“We recognize that there is no way to fully future-proof our regulatory system and tackling these policy challenges will require ongoing work,” Muzinich admitted. Emphasizing that the Treasury has made it clear that U.S. laws apply to both fiat and digital currencies, he noted:

If a cryptocurrency allowing anonymous transactions were to grow to scale, enforcing laws that prevent crime and terrorist financing could be more difficult.

Muzinich’s statement echoes several concerns raised by U.S. Treasury Secretary Steven Mnuchin. At a White House press briefing in July, Mnuchin said that the Treasury had “serious concerns” regarding the growing misuse of digital assets. “Cryptocurrencies, such as bitcoin, have been exploited to support billions of dollars of illicit activity like cybercrime, tax evasion, extortion, ransomware, illicit drugs, human trafficking. Many players have attempted to use cryptocurrencies to fund their malign behavior,” he told the press, adding:

This is indeed a national security issue.

Mnuchin also emphasized that crypto service providers must implement the same AML and CFT safeguards as traditional financial institutions. Furthermore, money transmitters must comply with relevant Bank Secrecy Act obligations and register with the Financial Crimes Enforcement Network (Fincen), which recently reiterated that it will strictly enforce AML rules on crypto service providers. Fincen’s rules are similar to the recommendations by the Financial Action Task Force (FATF), an intergovernmental AML watchdog. At the FATF plenary meeting in June, Mnuchin said the U.S. “will allow for proper use, but we will not tolerate the continued use for illicit activities.” He additionally revealed that he had “convened a working group with the Federal Reserve and other regulators to make sure we keep the use of digital assets for legitimate use only.”

Do you think the U.S. government should worry about cryptocurrency? Let us know in the comments section below.

Images courtesy of Shutterstock, the Wall Street Journal, and Scmp.

Bitcoin has widely been considered to be a macro hedge asset against failing global economies, but an exact figure showing...