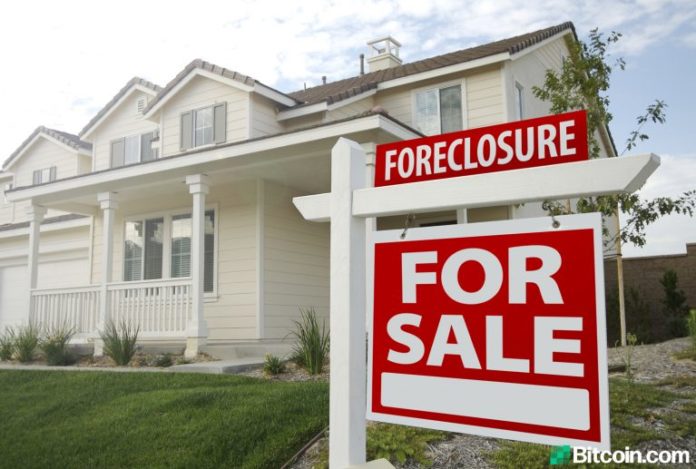 As the coronavirus outbreak ravages the global economy, a number of industries are taking a bit longer to feel the brunt of the financial hardship. As individuals watch the value of their investments fall, economists believe the U.S. housing market will crash to 29-year lows amidst a looming global recession. Lendingtree’s chief economist Tendayi Kapfidze is one of those analysts who believe the U.S. might see a complete “shutdown in the housing market.” Kapfidze warns that Covid-19 fears will leave a “drastic impact” throughout the entire real estate industry.

While the Fed Slashes Interest Rates and Pumps Trillions Into Banks, US Real Estate Interest Rate and Prices Remain High

Stocks, bonds, equities, commodities, and digital currencies all saw an intense sell-off during the last week and a half. Industries like airlines, tourism, hotel chains, agriculture, and construction have seen revenues slide to levels not seen in well over a decade. One industry that hasn’t been affected much yet is home prices, at least by assessment values in the real estate market where prices remain at 2019’s high levels. Searching MLS listings in the U.S., clearly indicates that home prices haven’t changed and overvalued properties are still very prevalent. Despite the Federal Reserve dropping the benchmark interest rate for private financial institutions to 0%, the 30-year fixed mortgage rate spiked 0.3% higher this month. Right now, 30-year loans from the same banks with 0% interest rates, zero reserve requirements, and a trillion dollars spoon-fed to them daily, the real estate loan rate is still set at 3.65%. Moreover, the government-owned Freddie Mac released data that shows its rates are still stuck at 4.28% this week as well.

Economists Envision a Complete Shutdown of the American Housing Market

As Covid-19 continues to escalate in the U.S., American economists are predicting an “absolutely brutal” housing market report next month. This is because the real estate market is dealing with a shocked U.S. economy and prospective homeowners are putting off purchasing properties right now with the currently crippled financial situation. The American Association of Realtors noted that a great number of real estate firms have restricted open houses and property showings due to the coronavirus. Even without the restrictions, people are canceling showings and open house listings are being rescheduled abruptly. For example, during the first week of March, 193 homes in San Francisco were listed as “active,” but now 172 of those same properties are now on a “hold” status.

Lendingtree chief economist Tendayi Kapfidze thinks that the U.S. might see a complete “shutdown in the housing market” soon, according to his recent interview with Yahoo Finance. Kapfidze noted that the U.S. real estate market could be in for a rude awakening and a “drastic impact” might be in the cards. Further, Kapfidze highlighted that American homeowners are sitting on a record $18.7 trillion in home equity, but they are not rushing the banks to refinance. “People are more wary about taking on high levels of debt on their homes. A lot of people lost homes because they took on too much debt during the financial crisis,” Kapfidze stressed in another interview published on March 18.

Kapfidze is not the only economist who understands that the real estate industry is facing a looming recession across the nation. A recently published analysis from Capital Economics notes that the housing industry should brace for a storm and home sales could plunge 35% by the end of next month. Capital Economics cites the American economy’s current standstill and stressed that this trend will likely continue to force people out of jobs.

Key reasons include “increasingly restrictive measures on people’s movement, and an imminent surge in unemployment,” the Capital Economics property economist Matthew Pointon noted in the report. Further, the National Association of Realtors (NAR) also recognized that there’s been a significant drop in buyer and seller interest across the board. Interest levels declined 3X more than usual and confidence in homeownership is declining considerably.

“The decline in confidence related to the direction of the economy coupled with the unprecedented measures taken to combat the spread of Covid-19, including major social distancing efforts nationwide, are naturally bringing an abundance of caution among buyers and sellers,” reported Lawrence Yun, chief economist for the NAR. “With fewer listings in what’s already a housing shortage environment, home prices are likely to hold steady.”

While Manipulated Markets Become an ‘Opportunity’ for JPMorgan, the World Desperately Needs a Censorship-Resistant and Non-Trust-Based Financial System

While the real estate industry faces collapse, economists and speculators have wondered if digital currencies like bitcoin are a better investment than office, retail, industrial, and multi-family home-ownership. Gold and precious metal markets, which are often perceived as safe havens, have been suppressed and held down the same way they were manipulated in 2007-2008. Real estate properties have always produced revenue and profits and have offered one of the best risk-adjusted returns of the major asset classes so far. Although during the subprime mortgage crisis, home sales dived and real estate markets also faltered in 2017. BTC’s phenomenal performance outshined real estate investments by a long shot that year. However, BTC’s performance changed drastically in 2018 and 2019 and the housing industry saw some steady growth and performed better than most coins in the cryptoconomy.

At the moment the world is at a crossroads and with the real estate industry facing impending hardships, property investments might end up turning into a much softer asset class. More than ever, the world needs censorship-resistant money that will keep people’s wealth safe from manipulation. Unfortunately, history shows both real estate and precious metals markets are rife with oversaturation during economic hardships. We all know that precious metals offer industrial use as far as intrinsic value is concerned. Property ownership can also be valuable because homes are scarce and necessary. But right now more than ever, as banks are faced with significant cash liquidity issues, Americans and global citizens need permissionless finance to shelter them from the storm. 0% interest and trillions of dollars are being funneled into the hands of private banks and the bailouts are not trickling down to common citizens. Wall Street bankers are prospering and are actually smiling because declining stock markets and housing market fears will line their pockets. Take for instance JPMorgan’s CEO Jamie Dimon’s recent statements on CNBC. Dimon disclosed:

I don’t look at recessions as a bad thing. I mean, it’s bad for America. It’s bad for the people that are unemployed. It’s usually an opportunity for JPMorgan.

Satoshi Nakamoto knew society could not trust the current banking cartel and the inventor designed his system specifically to remove third parties. “I think this is the first time we’re trying a decentralized, non-trust-based system,” Nakamoto said in February 2009. Bitcoin was created because the modern central banking system and even precious metals and real estate markets have been manipulated for years.

Stocks, real estate and gold markets require a trusted entity to keep the system going and nine times out of ten, crony politicians, the Fed and bankers like Jamie Dimon ruin confidence. If anything, the current economic crisis has shown society that precious metals and real estate investments, even though they have been trusted for centuries, are faltering and confidence is lacking among participants. The world needs a monetary system that cannot be manipulated on a whim and Nakamoto provided society with this invention 11 years ago.

“The root problem with conventional currency is all the trust that’s required to make it work,” Nakamoto wrote years ago. “The central bank must be trusted not to debase the currency, but the history of fiat currencies is full of breaches of that trust. Banks must be trusted to hold our money and transfer it electronically, but they lend it out in waves of credit bubbles with barely a fraction in reserve.”

On Friday Wells Fargo announced that in response to the COVID-19 outbreak it would be suspending evictions, residential foreclosure property...