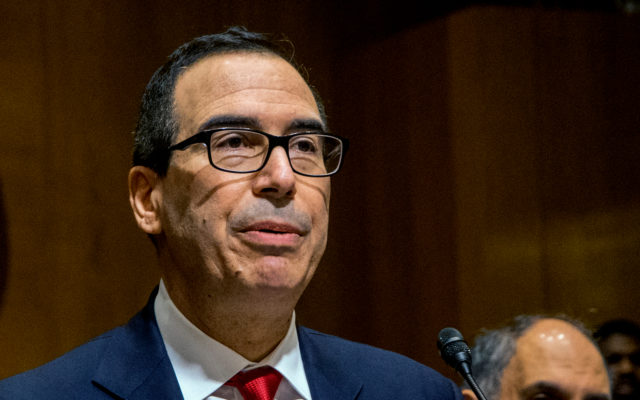 Now that the U.S. Congress and Senate have finished their hearings with Facebook, U.S. Treasury Secretary Steven Mnuchin has set his regulatory sights on Bitcoin.

Increased Regulation on the Table Again

It appears that the aftermath of the US Congress and Senate Banking Committee’ hearings on Facebook’s Libra coin could present a new set of regulatory problems for cryptocurrency as a whole. On Thursday, US Treasury Secretary Steven Mnuchin promised that the U.S. will police cryptocurrencies with “very, very strong” regulations and he pledged that under his watch,

We’re going to make sure that Bitcoin doesn’t become the equivalent of Swiss-numbered bank accounts. 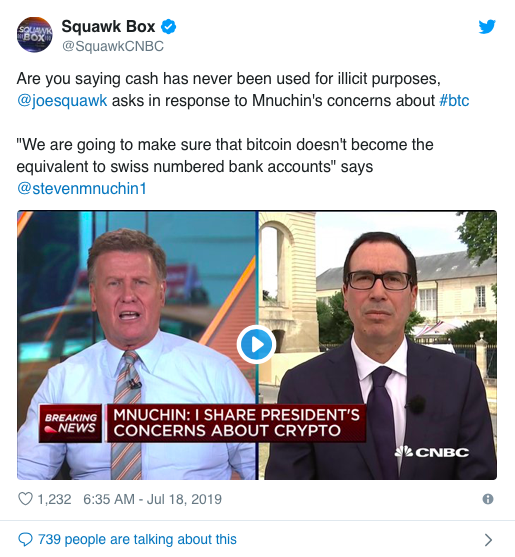 According to Mnuchin, stringent regulation will ensure that cryptocurrency transactions remain transparent and prevent them from posing the same sort of shadow banking risks that the Swiss system facilitates. Mnuchin told CNBC’s Squawk Box:

I want to be careful that anybody who’s using Bitcoin regardless of what the price is – is using it for proper purposes and not illicit purposes.”

Mnuchin also said that “there are billions of dollars of transactions going on in Bitcoin and other cryptocurrencies for illicit purposes.”

Regulate Bitcoin? What about the dollar?

There is a degree of credibility to Mnuchin’s concerns as there are numerous instances of Swiss banks offering clients shadowy banking services through the provision of numbered accounts which are only known to the account holder and a small circle of bankers.

When asked whether Bitcoin’s use as the go-to currency for brokering illegal transactions strikes it off as a legitimate currency, Mnuchin said:

I don’t think that’s accurate at all, that cash is laundered all the time. We combat bad actors in the U.S dollar every day to protect the U.S. financial system.”

Cryptocurrencies have come under the spotlight this week as both legislative houses of the US government look into the exact nature of Facebook’s Libra cryptocurrency. Google searches for Bitcoin are on the rise and most notably, searches for ‘Shitcoins’ have exploded after Congressman Warren Davidson used the term during yesterday’s Congressional Libra hearing.

Do you think the Trump Administration will make cryptocurrency regulation a priority? Share your thoughts in the comments below!

With Libra under intense scrutiny, U.S. lawmakers are having to understand the difference between bitcoin and Facebook’s crypto project. Bitcoin...