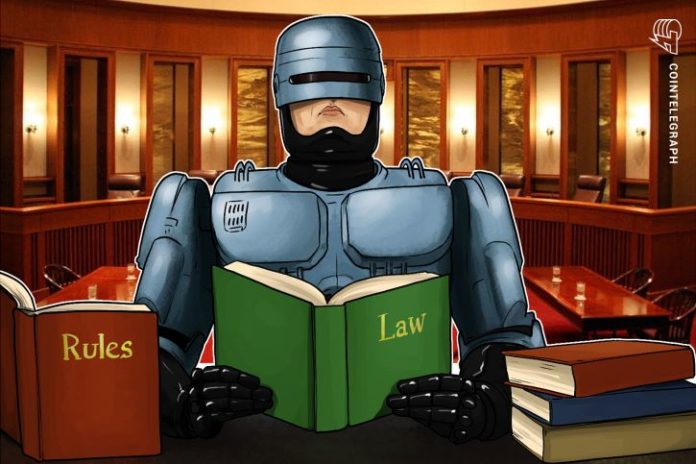 Two Nevada citizens agreed to settle a lawsuit filed by the U.S. Security and Exchange Commission (SEC), which accused them of profiting from the illegal sale of stocks of UBI Blockchain Internet Ltd., Bloomberg reported July 2.

On Monday, the SEC filed a lawsuit in a New York federal court, accusing Nevada attorney T.J. Jesky and his firm’s manager Mark F. DeStefano of earning around $1.4 million by illegally selling shares in UBI Blockchain Internet Ltd. from December 2017 to January 2018.

UBI Blockchain Internet Ltd., formerly known as JA Energy, is a Hong Kong based company engaged in the research and application of blockchain technology primarily focused on Internet of Things (IoT). The company is based in Hong Kong with a market capitalization of $358 million, according to Bloomberg.

The alleged fraudsters obtained 72,000 restricted shares of the company in October and were permitted to sell them at a fixed price of $3.70, according to the SEC. However, the men allegedly sold the stock at overvalued prices, from $21.12 to $48.40, after the company’s stock rallied. The SEC subsequently recorded “unusual and unexplained market activity” for the company’s shares in January and suspended the sales, which expired January 22.

To settle the suit, Jesky and DeStefano reportedly agreed to reimburse the profit of  $1.14 million and pay $188,682 in penalties. The men did not confess or deny the accusation.

The SEC has long been demonstrating its concerns on fraud in the crypto space. In May, the regulator launched a fake initial coin offering (ICO) website in order to increase awareness of the typical warning signs of scam ICOs and to promote investor education. Though the SEC Chairman Jay Clayton emphasized that the agency supports the adoption of new technologies, he said that it also encourages investors to educate themselves and understand what fraudulent offers look like.

In April, the SEC Commissioner Robert Jackson said that the crypto space “has been full of troubling developments that we’ve seen at the SEC, and especially the ICO space.” However, Jackson reportedly does not think this means either more bans or regulation, but rather a focus “on protecting investors who are getting hurt in this market.”