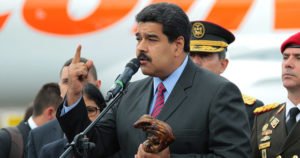 While the Trump administration continues to tighten its economic grip on nations of the world, Venezuelan President Nicolás Maduro has started to push back by using Bitcoin to circumvent US financial restrictions.

According to reports in local media, Venezuelan president Nicolás Maduro has been turning to bitcoin to circumvent US sanctions. The report added that the state has been using an app developed by a subsidiary of a Florida based firm which collects taxes.

The application called ‘Jetman Pay’ collects aeronautical taxes, before converting them into BTC through crypto wallets, and then sending them to other countries such as Russia, China and Bulgaria. The bitcoin is then sent back to Venezuela in USD to close the circle.

The initiative is regulated by the ‘National Superintendence of Cryptoactives’ (SUNACRIP), an agency setup by Maduro to launch the state backed Petro cryptocurrency. The Petro has not been used in this instance because bitcoin is more globally recognized and easier to convert in other countries.

The report added that this method of airport tax collection is only in operation in Caracas but there are plans to expand it to other airports and the port of La Guaira. There are also plans to use the app for refueling in addition to tax settlements.

The Jetman Pay app has been designed to collect tourist and airport taxes from commercial airlines, cargo and private planes. It is now in operation for all flights in and out of Maiquetía International Airport (IAIM).

The Trump administration has slapped sanctions on state oil company PDVSA which means those accounts have been blocked in an effort to cut the cash flow to President Maduro. The Petro was created in order to circumvent this financial blockade but it appears that the government now favors bitcoin instead.

For the people of Venezuela, bitcoin has been the savior against galloping hyperinflation which has crippled the country. Data from peer to peer trading activity tracker, Coin Dance, reveals that the seven days to July 20 were Venezuela’s biggest bitcoin volumes on record.

Users on LocalBitcoins alone generated volumes of over 57 billion Bolivars, this eclipsed the previous all-time high of 49 billion the previous week. Citizens have been flocking to bitcoin as the nation’s escalating inflation has reached a staggering ten million percent.

Will more nations switch to bitcoin to avoid US pressure? Add your thoughts below