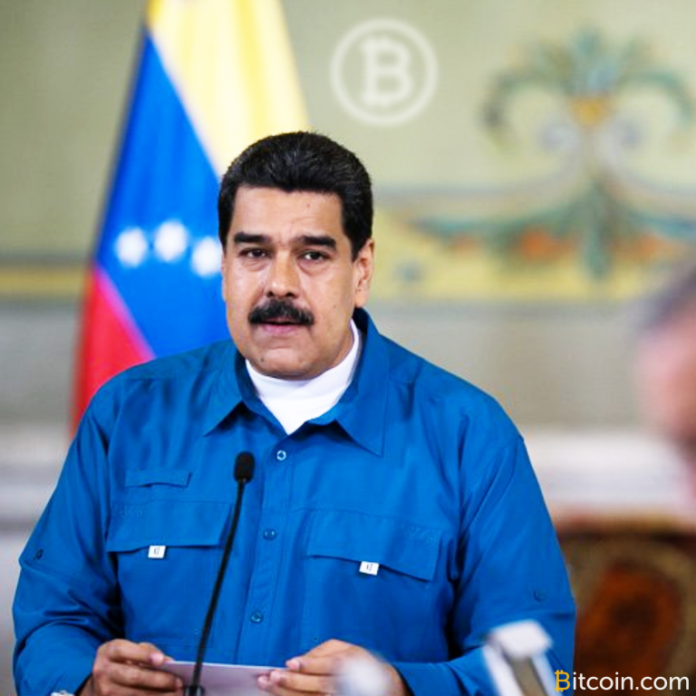 Nicolas Maduro’s move to increase the price of the petro, the country’s oil-backed cryptocurrency designed to counter inflation, has sparked intense debate. Experts and tech-savvy Venezuelans alike are less than enthusiastic about the Venezuelan president’s decision. Venezuelans have blasted President Nicolas Maduro and his new cryptocurrency after the leader of Venezuela upped the petro’s price last week. A number of Venezuelans and experts told news.Bitcoin.com that the idea of a petroleum-backed cryptocurrency was a bad idea from the start and that the government never truly had any idea what it was doing – with one even saying that it was just a trick to launder the government’s dirty money.

Last week, President Maduro said that the price of the petro, his country’s national “cryptocurrency,” had been increased from 3,600 sovereign bolivars to 9,000. The wallet for the petro is still unavailable but the Venezuelan government continues to sell the digital currency and issue certificates of purchase to buyers. But experts are skeptical on whether the cryptocurrency can even be trusted, and Venezuelans working in the field of technology have said they would never use it.

Fabian Camacho, a 28-year-old software developer and systems engineer now working in Colombia, said: “I wouldn’t plan to use [the petro] and I don’t believe the exchange houses use them in Venezuela – they prefer to buy dollars to resell them and play with the exchange rate that is handled here according to the price of the peso compared to the bolivar and the dollar.”

He added: “I don’t have faith in any ideas of the government and that [petro] crypto coin is one more move to steal more money.”

Tech business owner Gabriel De La Rosa, 28, who lives in Madrid, told news.Bitcoin.com he had living proof that no one in a position of power knows how the currency will work. “My sister worked directly with the country’s ombudsman,” he explained. “No one in the government had any idea about cryptocurrencies, or how to use them. No one knows how you can even link the price of petroleum with cryptocurrencies.” He continued:

No one, absolutely no one, has any idea how it will function. And no one will accept a currency that they don’t have confidence in. So really, it doesn’t have any value.

Another Venezuelan working in tech in Colombia, who wished to remain anonymous, told news.Bitcoin.com that the petro was 100 percent a scam – and that it was a good way for the government to launder money. Venezuela’s government has been accused of rampant corruption and even of operating as a “mafia state” by some, with criminals penetrating state institutions. Experts have also continued to criticize the crypto, saying it has no real use due to who is managing it.

Venezuelan economist and the director of Ecoanalitica, a Caracas-based economic research organization, told news.Bitcoin.com that the petro would “suffer the same fate as the bolivar,” the country’s worthless currency.

He said: “In the universe of crypto coins, the issue of trust is fundamental. In the case of the petro, the promoter is the Venezuelan government because it has the country in hyperinflation. I think it is a scam, it is a measure that doesn’t materialize, and many people don’t trust it. The government has been talking a lot about the petro as a cryptocurrency or as a unit of payment, but the truth is I don’t know that transactions are being made with it.” He added that Venezuelans have utilized other cryptocurrencies to get easy access to U.S. dollars.

Senior market analyst at Etoro, Mati Greenspan, tweeted that “If the petro is tied to the price of oil, then the president can’t announce the exchange rate on television”, adding that it “isn’t a cryptocurrency.”

Launched in February, the petro is a plan to rescue crisis-stricken Venezuela, which is currently gripped by the world’s highest inflation, causing chronic food and medicine shortages. The currency is supposed to be backed by an area that holds five billion barrels of oil.

But the wallet for the petro is still unavailable to the public and the links to download it don’t work. In October, a new whitepaper for the cryptocurrency said that the petro is backed by 50 percent oil, 20 percent gold, 20 percent iron, and 10 percent diamond.

What are your thoughts on the petro? Let us know in the comments section below.

R3 Announces Global Payment App With XRP as Base Currency

R3 has unveiled a new app on their international blockchain, a global payment platform that uses Ripple’s XRP as its...