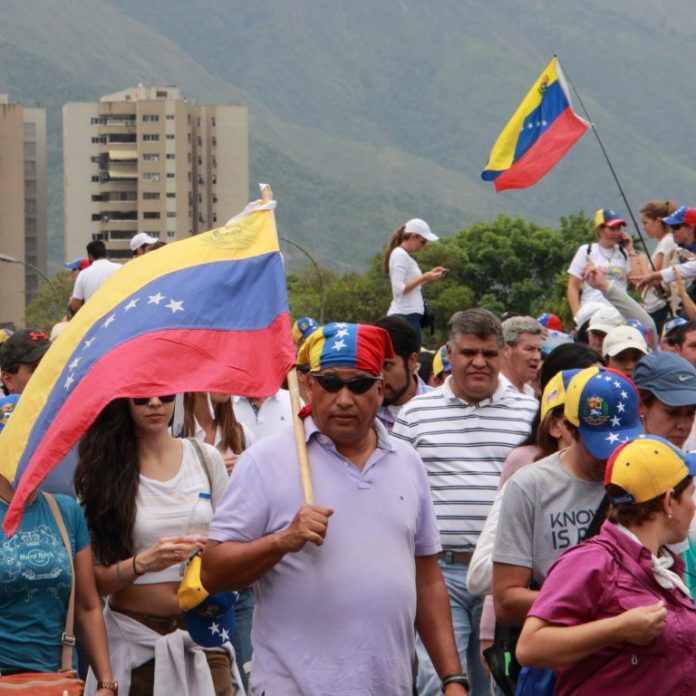 Announcing a 60-fold increase of the minimum monthly salary, President Maduro promised Venezuelans they will be paid at least 0.5 petro, once his monetary reforms are in place next week. The national crypto will be exchanged at a rate of $60 USD and the new “sovereign bolivar” will be pegged to the digital coin.

Venezuelan president Nicolás Maduro revealed the fixed price of the country’s cryptocurrency, the petro, and a new minimum wage as part of a package of measures aimed at improving the socio-economic conditions in the South American country. The policies will be implemented on Monday, when the new, denominated brolivar will be introduced to replace the highly inflated national fiat.

Starting from August 20, 1 PTR will be officially exchanged for $60 US dollars – approximately the value of a barrel of oil on the international markets. The state-issued digital coin can also be purchased with the newly issued “sovereign bolivar” which takes away five zeros from the current “strong bolivar.” One petro will cost 3,600 new bolivars (now 360 million).

With inflation expected to reach 1 million percent by the end of the year, according to the IMF, bolívar fuerte is one of the fastest depreciating national currencies in the world. However, the new bolívar soberano will be “anchored” to El Petro, the oil-backed cryptocurrency introduced by the administration of the leftist Venezuelan leader earlier this year.

60-Fold Increase of the Minimum Salary

President Maduro also announced that the minimum monthly wage in the country will be raised to 0.5 PTR, 1,800 sovereign bolivars or $30 USD. That’s 60 times more than the current 3 million old bolivars (30 after the denomination). The Venezuelan head of state also said the government will compensate small and medium-sized enterprises for the difference in the basic wages in the next 90 days. It will also raise the VAT from 12 to 16 percent.

The changes come after Nicolás Maduro shared his intentions to denominate the bolivar back in March. The new banknotes were expected to have three zeros less than the current and were supposed to be issued in early June. The monetary conversion was subsequently postponed and in late July Venezuelan authorities announced that the petro-pegged bolivar will be introduced on August 20, getting rid of five zeros. Earlier this week, the Venezuelan president said that starting from Monday his economically troubled country will have two official units of account – the petro, and the sovereign bolivar. The old and the new version of the national fiat will be circulating together for some time before the “strong bolivar” is phased out.

Maduro assured his compatriots that Banco Central de Venezuela (BCV) and all public and private banks already had the new banknotes and were actively preparing to implement the changes. He added that besides salaries, pricing will also be adjusted and the price ceiling mechanism will be restored. On Friday, the president warned merchants there would be no excuses for any price hikes. Quoted by El Nacional, he stated:

There has to be a government, we have to retake the regulatory role, the authority of the state and the government to enforce economic rules.

Venezuela issued the petro in February becoming the first nation to adopt its own cryptocurrency. The crypto is backed by its oil reserves, one of the largest in the world. Caracas has been trying to introduce the coin in bilateral trade with countries like Russia and India but official agreements have not been reached yet.

According to resent reports, the Islamic Republic of Iran, another country hit by US lsanctions with which Venezuela maintains close relations, is stepping up efforts to develop its cryptocurrency. Iranian government wants to use the coin to circumvent the restrictions reimposed by Washington this month which are mainly targeting its ability to acquire US dollars.

What do you think will be the effect of the reforms Maduro’s administration is introducing? Share your opinions in the comments section below.

The post Venezuelans to Be Paid at Least Half a Petro a Month appeared first on Bitcoin News.