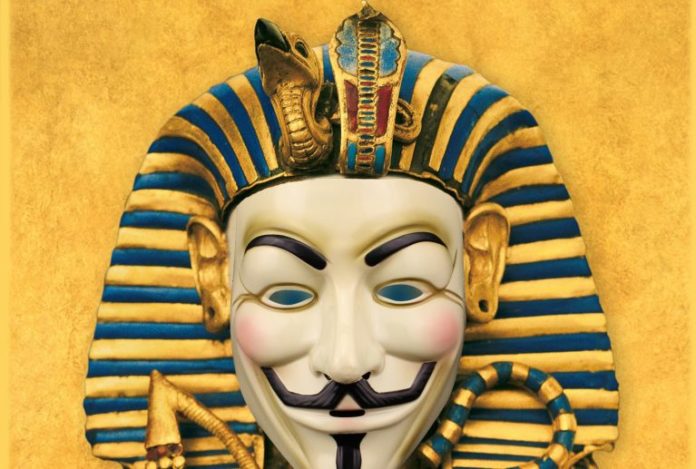 In late 2008, an anonymous person named Satoshi Nakamoto introduced the Bitcoin white paper on Halloween. While Nakamoto is clearly the most famous anonymous crypto moniker, in the early days there were many other mysterious individuals scattered throughout the blockchain environment.

A Group of Anonymous Crypto Influencers

Ten years ago a person or group of people who called themselves Satoshi Nakamoto introduced the most revolutionary technology of our time. No one knows who Nakamoto is and the hunt for Bitcoin’s mysterious creator has encompassed the lives of many. There’s also been a whole slew of individuals who claim to be Nakamoto, but have failed to prove themselves to the greater crypto community. Despite being the most well known anonymous figure within the cryptocurrency circuit, there are many other individuals who have hidden under the cloak of anonymity while contributing to the blockchain ecosystem. The following is an in-depth look at some of the mystery bitcoiners who have become well known for a variety of reasons within the crypto space. A few of these anonymous characters disappeared like Satoshi and some of them are still in the community today.

James A. Donald was an anonymous Canadian cypherpunk who was the first person to comment on and critique Satoshi’s white paper and theories. Donald argued with Satoshi about scaling on more than one occasion and detailed that he believed Bitcoin needed a layer of account. “We will need a layer of account money on top of the bitcoins, supporting transactions of a hundred-thousandth the size of the smallest coin, and to support anonymity, Chaumian money on top of the account money,” Donald wrote.

On November 17, 2008, Nakamoto sent Donald the Bitcoin source code for his review. “I sent you the main files (available by request at the moment, full release soon),” Nakamoto stated at the time. There have been numerous theories that claim Donald and Nakamoto are essentially the same people and the creator was merely talking to himself during the emails. However, most of the James A. Donald theories that tie him to being Nakamoto have been debunked and thrown out the window. James A. Donald has not made spoken to the Bitcoin community in years.

The owner of r/bitcoin, bitcointalk.org, and the en.bitcoin.it/ (Wiki) page, Theymos is a well known character in the crypto space. Theymos has been involved with Bitcoin since the very early days and in recent years he’s been accused of mass censorship. The censorship accusations derived from the scaling debate and there’s lots of evidence that suggests Theymos and other r/bitcoin moderators repeatedly blocked all discussions that were for increasing the block size.

No one knows how Theymos accumulated so much power with all the bitcoin websites under his thumb. Prior to 2011, there were four r/bitcoin moderators and the owner u/Atlaslgo (now deleted), was wholeheartedly against the censorship of free speech. On July 19, 2011, the Bitcoin community at the time got very upset that Atlaslgo had planned to sell r/bitcoin and he was convinced to give it to the bitcointalk.org owner Theymos. The anonymous r/bitcoin owner Theymos still operates the same Bitcoin-centric web portals to this very day.

The infamous Artforz appeared as a pseudonym on bitcointalk.org between July 2010-2012. Laszlo Hanyecz and Artforz were considered the first two people to leverage GPU miners when mining bitcoin. In July 2010, Artforz showed the world his ‘Artfarm’ and at the time the miner said he generated 1,700 BTC in six days. “I had 24 (Radeon) 5970s up until about late summer ’11,” Artforz told the Bitcoin community on February 11, 2012. Between the summer of 2010 and the last time the community saw Artforz in 2012, he was accused of commanding most of the BTC hashrate during those years. For instance, on October 3, 2010, Theymos explained that the developer’s Artfarm could be processing 20-30% of the hashrate. However, on August 25, 2011, Artforz told the community another story and said he only captured roughly 1% of the network’s processing power. Artforz wrote the community for the last time that February in 2012, and no one’s heard from him since.

Another anonymous person with an interesting cryptocurrency history is the software developer, Sunny King, creator of Peercoin. King is known as the “grandfather” of the consensus algorithm proof-of-stake (PoS) because Peercoin was the first hybrid proof-of-work (PoW) and PoS system. The unknown blockchain engineer not only created Peercoin but he also developed the Primecoin project, which uses a PoW mechanism while it searches for prime numbers at the same time.

After Peercoin was produced people attempting to harness PoS became very prominent. In early 2014, the anonymous developer called Rat4 designed a ‘PoS version 2,’ which was the first to combine staking with a multi-pool. Rat4 and Blackcoin kicked off the idea and many other PoS coins followed suit. According to the Blackcoin Github repository, Rat4’s Blackcoin codebase has been forked more times than most coins today. After Blackcoin there are now hundreds of PoS coins based on two major types of consensus: BFT PoS and chain-based PoS. The BFT method uses validators that are randomly assigned while chain-based uses an algorithm that pseudo-randomly selects a validator during a pre-selected time slot.

For a number of years, the owner of Coinmarketcap.com, Brandon Chez, kept an extremely low profile until he was doxxed by the Wall Street Journal on January 23, 2018. Since the site was created Coinmarketcap.com swiftly became a top digital currency website but no one really knew who was behind the web portal. This was until Chez decided to delist the exchange rates of South Korean crypto trading platforms on January 7, 2018. Chez recently sat down for a fireside chat with the anonymous Sunny King during The Capital conference. Behind a curtain, the two silhouetted figures discussed Proof-of-Stake (PoS) consensus, bitcoin, and quantum computing.

An individual named Cobra is the co-owner of the web portal bitcoin.org and a very controversial figure in the space. To this day, Cobra can be seen on Reddit forums and has a Twitter account as well. His commentary over the last year or so has been called “bi-polar” because he has complimented BCH on various occasions and other times snuffed the network. “Increased my holdings of Bitcoin Cash today,” Cobra explained to his Twitter followers.

At one time, Cobra asked the community and fellow bitcoin.org contributors to change certain statements Satoshi Nakamoto made in the Bitcoin white paper. Another time the anonymous individual suggested an immediate change to BTC’s PoW algorithm as a solution to growing mining pools. Cobra is still tweeting conundrums to this very day and remains a well known anon within the crypto industry.

There are a few other anonymous members of the crypto community that have affected the environment in either a positive or negative way. However, there is never an identity to blame or even congratulate in real life as many of these individuals, like Satoshi Nakamoto, have either disappeared or continue to remain unknown.

While the US drags its regulatory feet and gets bamboozled by bureaucracy, China forges ahead and could launch its own...