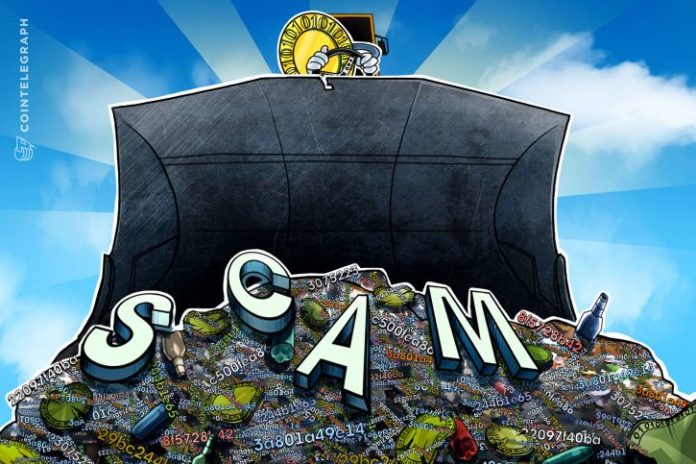 The Wall Street Journal released findings from its analysis of almost 1500 initial coin offerings (ICOs) May 17, concluding 18.6% of them raised “red flags.”

The latest source to investigate the still-booming ICO market, the WSJ warned that of the 1450 offerings it found, 271 of them were using what it described as “deceptive or even fraudulent tactics.”

Those tactics ranged from hiding or providing fake information about the issuing company’s location and leadership to secrecy about finances and even plagiarized whitepapers.

Of the 271 suspicious actors, some have already shut down, with lawsuits and regulators resulting in investors attempting to recoup an estimated $273 mln in lost funds.

Authorities continue to grapple with the rate of expansion of ICOs throughout the world in 2018, with the US Securities and Exchange Commission (SEC) resolving to closely monitor the domestic arena for bad actors.

The fundraising tool further divides opinion both inside and outside the cryptocurrency industry.

Earlier this month meanwhile, Zhao Changpeng, CEO of the world’s largest cryptocurrency exchange Binance, released a dedicated blog post praising ICOs, investing in which he described as “100 times easier than through traditional VCs.”

“Scams exist everywhere, in every industry,” he wrote on the topic of illegal offerings.

“I still receive phone calls and SMS telling me I won a grand prize, but I need to make a bank transfer to someone first. Does that mean we should stop using phones, SMS, and banks?”