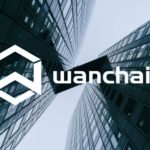 By assessing past price trends, market opinions, and project developments, we will be presenting our Wanchain price prediction for November 2019.

Wanchain was created by Factom’s technical co-founder, Jack Lu, through a fork of the Ethereum blockchain back in 2017.
Wanchain was designed to serve as a bridge to all existing major crypto networks and exchanges, as well as to provide a stable and secure connection without requiring any modification to be made to the original chains.

This cross-chain infrastructure facilitates asset transfers, and it hosts a variety of dApps designed for payment platforms, investment platforms, or other financial tools. Thus, Wanchain is able to support OTC currency transfers, without third-party intervention, such as exchanges, banks, etc.

Even if the chain was based on Ethereum, Wanchain is a completely separate blockchain, launching its own mainnet in 2018. This means that its native crypto, Wancoin (WAN), is not an ERC20 token.

In addition to cross-chain functionality, Wanchain also has the capacity to send transactions privately by using the Monero ring signature in an efficient and less costly manner. 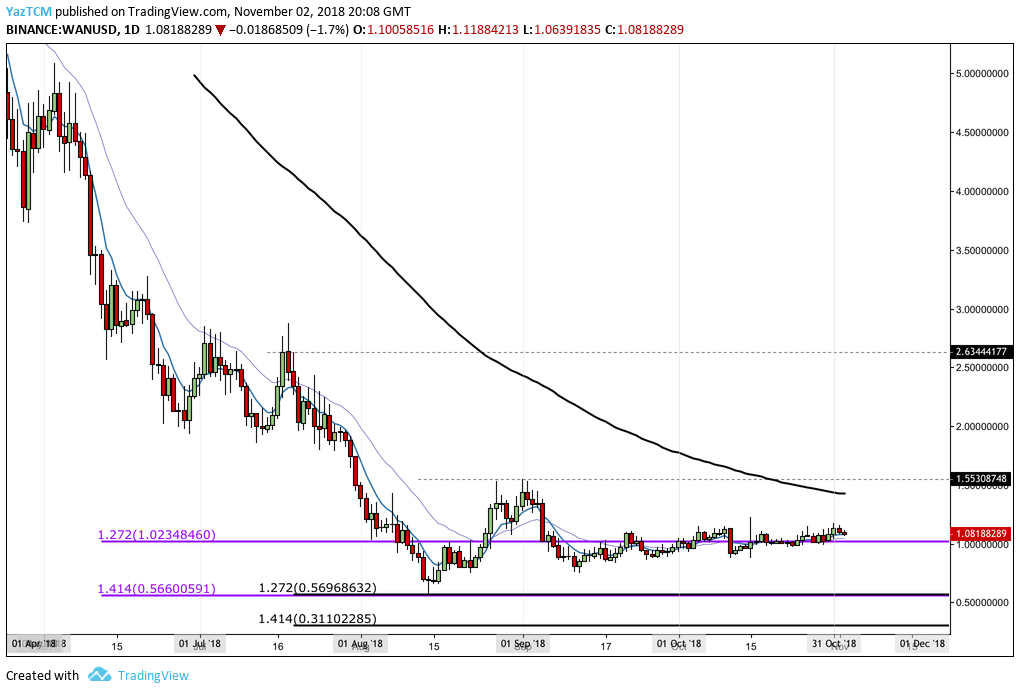 Up until November 4th, WAN fluctuated between $0.22 and $0.23 support levels, while on November 5th it briefly touched $0.25 resistance levels before settling to $0.24 at the end of the day.

On November 6th, Wanchain continued its bullish momentum, opening at $0.24499, once again testing $0.25 resistance levels, but ultimately closing the day at $0.241. The following day, WAN started the day at $0.24 once again, but it seemed that the coin started a bearish trend, as it was slowly losing gains. The coin closed the day at $0.23. 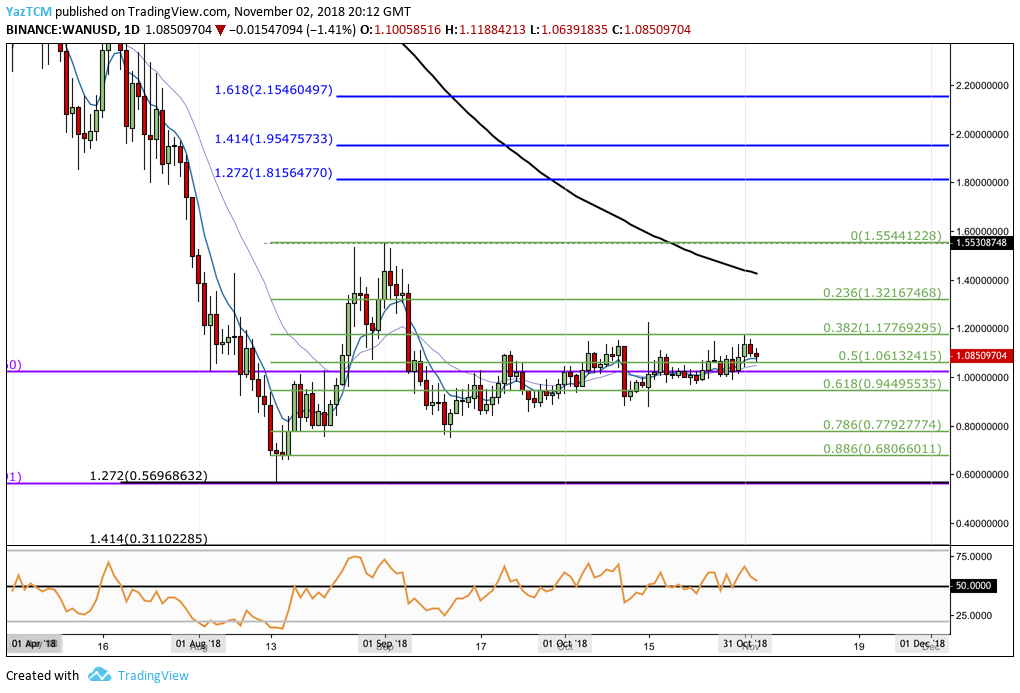 November 8th debuted at $0.23 levels but dipped to its lowest for the week at $0.211. However, the crypt managed to recover slightly towards the end of the day, closing at $0.22.

November 9th to November 11th saw Wanchain fluctuating between $0.21 and $0.22 support levels and, while it saw some movement in the last days that it was trying to test the $0.23 resistance level, the coin only managed to get to $0.28. On November 12th, WAN managed to test the $0.23 level but only briefly, trading most of the day at around $0.22.

WalletInvestor calculated the following pivot, resistance, and support levels for Wanchain based on its recent activity: 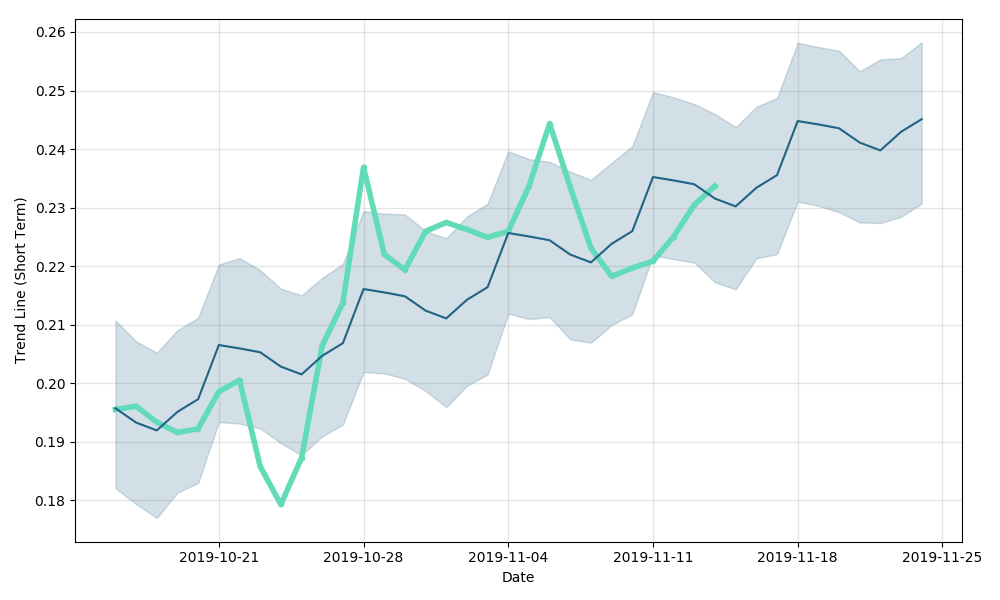 In March 2019, the project announced that it incorporated EOS integration, which will allow the blockchain to communicate with Wanchain and its other two blockchains that it bridged in 2018, Bitcoin and Ethereum. Wanchain interoperability enables Bitcoin, Ethereum, and various ERC20 tokens to be transferred via the EOS chain, and vice versa. Other integrations have been made with ChainLink, Loopring, Basic Attention Token, Gemini Dollar, MakerDAO, TrueUSD, USDC, and several others.

“We are pleased to integrate EOS into the Wanchain ecosystem, bridging their powerful dApp community to the Ethereum and Bitcoin networks. EOS also has a strong, global developer and block producer network that will be able to leverage Wanchain’s cross-blockchain platform,”– said the CEO regarding the EOS integration.

“Now we can do Bitcoin and Ethereum cross-chain transactions with EOS. Being able to leverage our cross-chain technology will also give rise to multiple other use cases. We are able to wrap EOS native tokens on Wanchain like we’ve been doing on Ethereum with the ERC20s. We can have Cross-chain dApps, principally in gaming. Especially, leverage the remarkable Developer community. We will release this on mainnet in Q2, so stay tuned as we bring more news about this exciting new integration.
Aside from BAT and EOS, these integrations are all live on Wanchain. As you can see, the crypto winter has not affected Wanchain too badly and we will continue delivering and building towards the new digital economy.”

In September 2019, Galaxy Proof of Stake Consensus was launched on the Wanchain mainnet, with daily amounts of WAN tokens being given as a reward for validator nodes.

According to its Medium blog, the team launched a new version of the Wanchain desktop light wallet, which adds private transactions, support for the popular hardware wallet Trezor, and French language support.

More recently, on November 5, 2019, the Wanchain Foundation burned 21 million WAN tokens. WAN issued a total amount of 210,000,000 when the first block was created, and according to their allocation plan, they will use 10% of the total amount of the issue for the reward of PoS mining. The burn coincided with a small spike in price at that date, but there were no significant price surges.

The team is actively posting developments and WAN-related events on its site and Medium blog, which is a good sign in terms of community engagement, but so far, there have been no major price movements associated with the news of their developments. But as the team previously stated, it seems that the crypto winter has not affected their ability to move on with the project’s development. 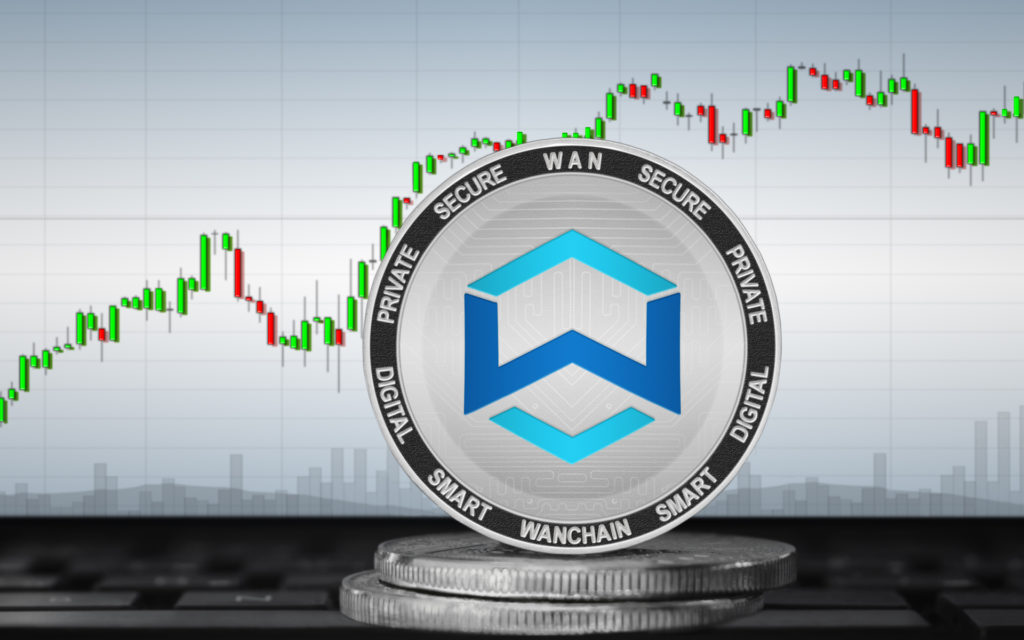 Several crypto sites formulated their own Wanchain price prediction for November, and to better convey the market sentiment.

Digitalcoinprice predicts that WAN will reach an estimated value of $0.40409683 in November, with a change of 75.96 %. Considering the current prices and resistance levels, this prediction is rather optimistic.

Cryptoground estimated that the coin will reach a trading price of $0.2460, with a change of 8.68% in the next week.

Wanchain seems to be going through a bullish trend at the moment, but there is no telling if the coin will keep on increasing in price for the entirety of the month.