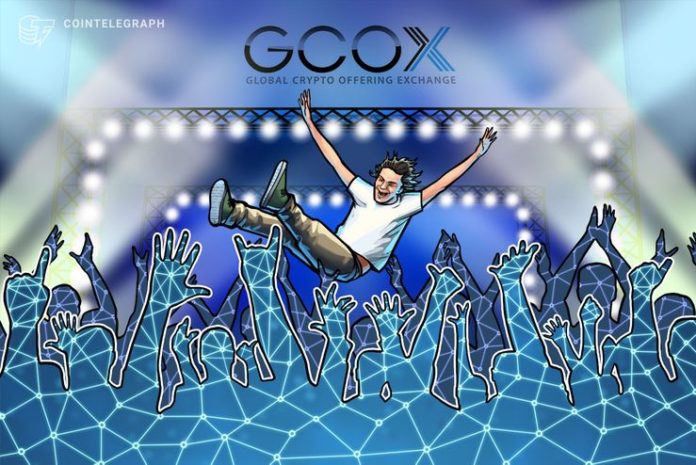 A platform enabling celebrities to “cryptonize” their popularity on an exchange powered by blockchain, while giving fans the opportunity to connect and engage with their idols in new ways, has attracted the support of several prominent stars.

GCOX recently announced that Jason Derulo – the American singer-songwriter who has sold more than 30 million singles, making him a mainstay on international charts – has joined its platform. In time, the company hopes he will be able to build upon his popularity even further, giving his global fanbase unprecedented access.

In a news release announcing the signing, GCOX’s chief communications officer Evan Ngow said: “We are committed to assembling a diverse, multi-talented array of stars at GCOX, and Jason will certainly not be the last musician to join our ranks.”

Several renowned names from the sporting world joined the platform prior to Derulo, including Filipino boxer turned politician Manny Pacquiao and former Liverpool striker Michael Owen, who were among the first to sign up to GCOX, making headlines internationally.

Both Owen and Pacquiao are offering their own cryptocurrencies – known as OWN and PAC respectively – paving the way for fans to buy merchandise, make donations to good causes the athletes are passionate about, and unlock exclusive content.

Supporting celebs throughout their life cycle

In its white paper, GCOX explains that its technology, built on the Acclaim blockchain, is designed to benefit celebrities at different points in their career. While newer public figures have the chance to increase their profile, catalyze their popularity and build a brand, established celebrities will be able to mobilise existing fans and sustain their momentum. ”Stars who are experiencing a decline in popularity will have the chance to recapture exposure and fame – “enhanc[ing], prolong[ing], and re-accelerat[ing] their career development.”

According to GCOX, the services it offers to celebrities and their fans can be split into three specialised platforms.

The first, “Celebreneur,” gives stars the impetus to be more entrepreneurial by providing them with an avenue to promote their existing businesses. Celebrities would also have a chance to sell their memorabilia, such as sporting paraphernalia or movie props, to their fans who want to own a slice of their history. Fans would also be able to be their own merchants and conduct their own transactions for their favorite celebrities’ memorabilia on the platform.

The next platform is “Celeb-connect.” Here, celebrities have the chance to engage with their fanbase like never before, whether this involves sending birthday video greetings on social media or sharing a live-stream with fans using the respective celebrity’s tokens in exchange for such services.

Finally, “Celeb-charity” allows the stars who are passionate about a certain good cause to raise awareness and boost fundraising.

GCOX’s chief executive officer, Dr Jeffrey Lin, told Forbes India he was driven to develop the platform so fans would no longer have to fantasize about interacting with the celebrities they’ve come to admire. This vision originated from his childhood dream of being able to get up close and shake hands with music legend Michael Jackson.

Fame, fortune, and the future

According to GCOX, it has a team of more than 60 people working in its enterprise. While they are mainly based in Singapore, some of its technical staff are located in Malaysia and Vietnam.

Following on from a pre-initial token sale (ITS) the platform’s Acclaim and Applause tokens are being sold in three tranches – and GCOX says the first of these tranches was oversubscribed.

The company is hoping to launch the ACCLAIM blockchain, and the GCOX exchange, in the third quarter of 2018. By the end of the year, it plans to have its Celeb-connect, Celeb-charity, and Celebreneur platforms open for business.

Bitcoin Press Release: Cryptassist announce details of their soon-to-end Token Sale, which will fund their Platform. Cryptassist simplifies the day...