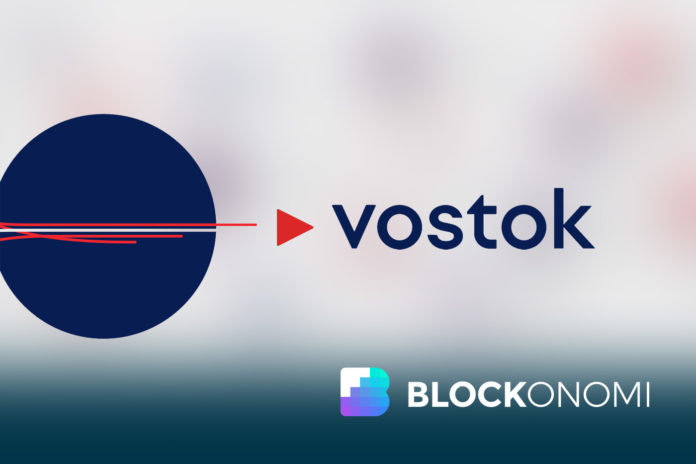 Said to be the fastest public blockchain-based platform on the globe, Waves is announcing the second round of the private funding for the project dubbed Vostok, which is a blockchain platform and system integrator for government and enterprise blockchain solutions.

It was announced in a press release provided by Vostok on Mar. 14th, that Waves platform will be organizing another round of private funding for their blockchain enterprise solution with investors from Southeast Asia, China, and Europe already participating in funding the project.

The project was introduced back in 2018 with the first funding round that brought $ 120 million to the prominent blockchain enterprise solution in addition to having its patron, Waves, predicting another round of $ 120 million, which would also raise the presently estimated market capitalization to $ 1.2 billion.

Waves Expect to See Another Successful Funding Round

Introducing the community to Vostok back on Apr. 12th, Waves presented their most recent project as a part of Waves ecosystem, created to allow implementation of Waves technology across enterprise and government IT systems, initially describing Vostok as an attempt to build and develop a blockchain-based layer for decentralized Web, popularly called Web 3.0.

During the same year, on Oct. 23rd, Waves representatives shared the news on Medium on the matter of setting a new record for the maximum number of daily transactions on the ledger, that way beating XRP, EOS and ETH with over 6.1 million transactions processed in the course of 24 hours, which provided Waves with benevolent status among similar blockchain projects.

While Waves is working on technology that could facilitate the development of decentralized Web, Vostok plays an important role in this case scenario as the project should help Waves build the foundation for the “digital future” of next generation.

The project was tested by numerous global organizations, including the famous Sberbank, since it was first announced in April 2018, while Dolfin, an investment group based in London, is set to coordinate the second funding round deal.

The first funding round that was held in December 2018 for private investors secured the project’s second round only several months later, set to sell 10% of the future issue of VST, as the project previously received valuation of 600 million dollars after the second round where 20% of the future issue of VST units were distributed to institutional and private investors.

The distribution was set in accordance with potential benefits that institutional and private investors are set to bring to the project development.

Second Funding Round to Provide Opportunities to New Markets

The second funding round should end on May 31st, 2019, while the team behind Waves platform expects to see 100 million VST units sold within the private sale, which should create a capital of 1.2 billion dollars.

In the meanwhile, the founder and CEO of Waves platform, Sasha Ivanov, is hoping to see the second round opening “opportunities to enter new markets”, among other things.

The CEO explained that Vostok represents a private blockchain that combines technology and solutions previously tested for building the international blockchain platform, Waves, which includes innovations of digital technology such as Big Data, industrial Internet of Things, and Artificial Intelligence.

According to the CEO of Dolfin, a London-based investment group, the main objective of the project at the present is to attract institutional investors alongside capital ventures and mutual funds, which would ultimately boost the interest in Vostok.

Vostok project is already making a commotion in the market ahead of the second funding round, as according to the initial press release, representatives are already in the midst of negotiations for setting up the first projects backed by Vostok in China, Europe, and Southeast Asia.

Thailand is finally getting its own crypto exchange. According to an official announcement on the agency’s platform, the Stock Exchange...