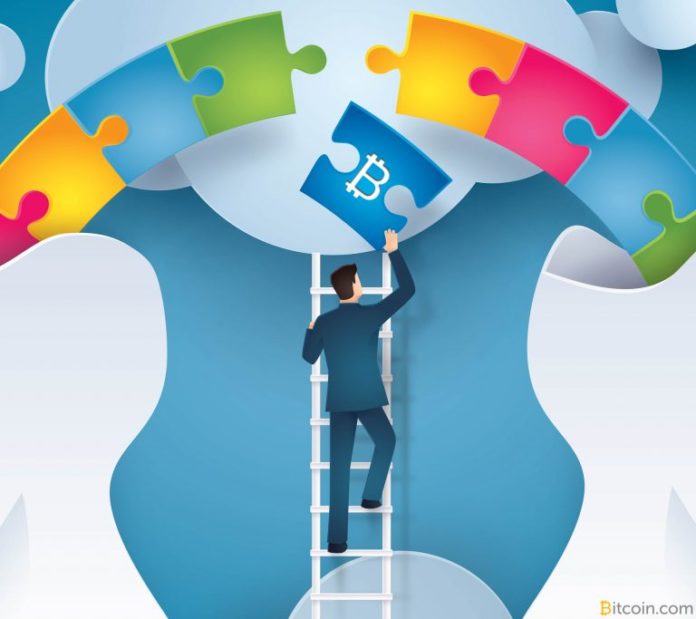 “Our civilization depends, not only for its origin but also for its preservation, on what can be precisely described only as the extended order of human cooperation, an order more commonly, if somewhat misleadingly, known as Capitalism.”

Cryptocurrency brings order to the monetary realm. It may seem like chaos because the word “order” is often used as a synonym for “uniformity.” Lines of military march in tandem across a parade field, or an entire industry runs by the same mandated standards and practices. By contrast, crypto seems like the Wild West, largely due to three factors: crypto embodies the polar opposite of military unity, spontaneous order; crypto is in its evolving infancy, still struggling to find equilibrium in institutions, customs, and price; and government regulation and restrictions hinder its innovative development by trying to enforce conformity.

Government argues that it needs to intervene because the market place in crypto cannot regulate itself.

The Almost Unadulterated Good of Civilization

Civilization is an amazing benefit to mankind. It provides “goods” such as knowledge, prosperity, culture, progress, and emotional self-fulfillment in a manner impossible to man in isolation. Retreating to isolation becomes preferable only when a “civilization” is so totalitarian that it strips away all freedom and becomes a danger to life itself. Then, antebellum slaves flee North with hounds on their heels. Then, desperate youths climb a barbed-wired wall in East Berlin, despite guns trained on their backs. They escape a savagery that passes for civilization, and risk death to do so.

A pivotal question for free crypto is whether the free market can establish monetary civilization. This question breaks down: how does order arise, and how does it decline? The questions are pivotal because, if freedom cannot provide a healthy society, then a central authority will fill the void. Murray Rothbard famously cast the political struggle throughout history as Power versus Liberty. If civilization requires central planning, then Power wins. If a sound currency requires a central authority, then Power wins.

Liberty more than holds its own in this contest. Civilization not only emerges without government, the presence of authority is its greatest obstacle. The genesis of civilization is spontaneous order.

A common illustration of spontaneous order is the forging of a path through a pasture of tall grass. The first person to cross the field makes a crude trail, lined by broken stalks. Acting separately, ten more people choose to follow the crude path. A clear-cut trail begins to emerge, and it becomes the standard way for to cross the field. To use a famous phrase, the path is a “result of human action but not of human design.”

The path example is a stripped-down version of spontaneous order. It conveys the basic idea, but the example is less than satisfying. For one thing, to replace the central-planning model of civilization, it is necessary to explain much more than how a trail is created. How does an immensely sophisticated, global network of interactions between strangers create civilizations? How do strangers form a seamless web that becomes a thriving economy and society?

Crypto provides the answer: cooperation, whether that goal is intentional or not. Some cooperation is intentional. Farmers sell produce to local markets; a team of programmers design the latest, greatest app; a hospital coordinates staff schedules, and the doctors consult on patients; truck drivers deliver goods to a given address; a start-up business contracts with a marketing expert; an international firm cements relations with its foreign counterparts. The cooperation is not aimed at creating civilization or society, however. It is motivated by self-interest, whether that concept is defined as profit, satisfaction, or some other form of payment.

“I, Pencil” (1958) is a brief essay by Leonard Read, founder of the Foundation for Economic Education. It tells a story from the perspective of a pencil, which chronicles its own creation. The saga begins with the harvesting, mining, and forming of raw materials, including cedar, glue, wax, graphite, lacquer and pumice. Crews of foreign ships transport the materials to where dock workers unload the containers, and truckers convey them to pencil-making factories. Up to this point, almost everyone involved in the manufacture of the pencil cares nothing about doing so; they probably do not even know the part they play. They are making a living, pure and simple.

The factory is where self-conscious cooperation toward creating the pencil begins. Whether automated or not, the factory requires investors, oversight, repairmen, a janitor and an array of other people to manufacture one instrument. Of course, the profit lies in manufacturing millions and millions of them.

In his introduction to “I, Pencil,” the Nobel-winning economist Milton Friedman wrote,

“None of the thousands of persons involved in producing the pencil performed his task because he wanted a pencil. Some among them never saw a pencil and would not know what it is for. Each saw his work as a way to get the goods and services he wanted—goods and services we produced in order to get the pencil we wanted. Every time we go to the store and buy a pencil, we are exchanging a little bit of our services for the infinitesimal amount of services that each of the thousands contributed toward producing the pencil.

“It is even more astounding that the pencil was ever produced. No one sitting in a central office gave orders to these thousands of people. No military police enforced the orders that were not given. These people live in many lands, speak different languages, practice different religions, may even hate one another—yet none of these differences prevented them from cooperating to produce a pencil. How did it happen? Adam Smith gave us the answer two hundred years ago.”

Smith’s answer was the “invisible hand.” The term was introduced in the book Smith considered to be his masterpiece, The Theory of Moral Sentiments (1759), and it reappeared in his subsequent work, Wealth of Nations (1776). The invisible hand refers to the unintended but immense benefits to society that flow from people who act in their own self-interests, especially economic self-interest, in the manner described by “I, Pencil.”

Those at the factory have no grand social scheme beyond the efficient and profitable manufacture of pencils. And, yet, society benefits. Children have pencils to use in art class, workers can feed their families, and a useful product is available inexpensively. All prosper. But for the free market to provide social benefits, government regulations and restraints must be eliminated.

This answers the questions posed earlier: order arises out of the self-serving actions of individuals who cooperate with others, whether intentionally or not. Order declines when self-interest and voluntary interaction are hindered by government interference. In short, Liberty brings order and civilization; Power produces disharmony and conflict.

“I, Pencil” and the “invisible hand” clarify another confusion that can come from the path example; namely, the definition of spontaneous order as the “result of human action but not of human design” is ambiguous. Clearly, the order within the pencil-making factory is designed by humans. The phrase does not deny that reality. “Not of human design” means that no central planner organizes all beyond those who design, own and manage the factory.

“Not of human design” refers to the army of strangers whose actions deliver a stunning array of products and services, even though there is no grand scheme or conscious intent to do so. They merely act in their own self-interest. As a result,  the average person enjoys a higher living standard today than nobles in the past. The cooperation also binds people together in peace because they have a vested interest in continuing to profit from each other. Multiply this cooperation by millions of interactions which create millions of products and services, and the dynamic becomes a glue that holds society together and allows civilization to emerge.

In other words, “not of human design” does not preclude active cooperation between individuals. Quite the contrary. It rejects any attempt by central authority to insert itself between cooperating individuals, such as regulating the free flow of crypto between individuals. The phrase seeks to explain how complex networks can arise out of the seemingly random and unintentional cooperation upon which modern society depends.

Arguably, one man designed Bitcoin, the first viable cryptocurrency. But a long chain of theorists and crypto-anarchists forged the path for Satoshi Nakamoto. Almost all of them did so without appeal to government or tax-paid salaries. Cryptocurrency survives because an immense number of strangers control nodes, do transfers, specialize blockchains, invent better software, and cooperate for their own selfish gain, which results in gains for others. Bitcoin exploded on the monetary scene and changed the economic dynamic forever precisely because it obeyed no central authority. It had the wildness and innovation of freedom.

Cryptocurrencies may resemble chaos because they do not express military order; they are still in the early stages of development; and there is a surging war between Liberty and Power that distorts their functioning. Moreover, Power is on a propaganda campaign. Power wants the extreme advantage of people believing crypto is chaos, and it is the remedy. It is not. Or, rather, it is a “remedy” that would have failed either to create a pencil or have created one so expensive as to be a luxury item.

So far, this article has applied spontaneous order only to economics, which is the bedrock of society. But human beings have other needs, as well: law, spirituality, culture, education, family…these are some of the institutions by which civilization is defined. With the bedrock in place, it is time to explore how spontaneous order establishes the other institutions of civilization. They, too, are not the result of human design—that is, not the result of central planning. And cryptocurrency is redefining these institutions in the image of Liberty.