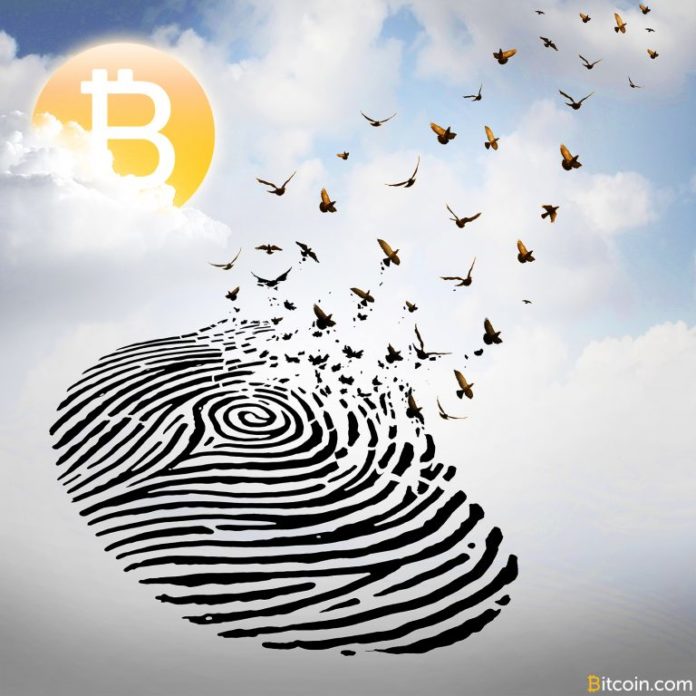 The Satoshi Revolution: A Revolution of Rising Expectations
Section 4: State Versus Society
Chapter 10, Part 4
Crypto and the New Cold War

History is written by the victors.
-Winston Churchill

The winning side of a war writes the narrative; politicians, cultural leaders, educators, and the media create the “facts” that school-children know. The losing side can struggle for decades to crack open a window onto inconvenient truths and a more complete picture. “Unimportant” facts do not fare much better in textbooks. Marginalized nations and groups are overlooked or selectively noted according to their relevance to the winner-loser framework. Things get lost. Average people get lost, because history revolves not only around victors but also around kings and queens, presidents and generals. Average people are faceless subjects or cannon fodder.

The historical parallel to the crypto revolution is called the “revolution of rising expectations.” The term refers to a condition in which even a slight increase in freedom and economic well-being make people believe they can improve their lives. They can benefit their families and future through action. The phenomenon rocked marginalized nations after World War II, from the Far East to Latin America and Africa, and it sparked political revolutions. The new order was often unpleasant, but that does not makes the phenomenon less remarkable.

Nothing in living memory has destabilized the world as thoroughly as World War II, and its aftermath. It wrecked industrialized nations that had anchored Europe; the world map was redrawn; America became the dominant empire; communism became a “bloc”; and the Cold War defined foreign policy until the fall of the Soviet Union in 1991. The destabilization was more than political. It was also economic, social, and cultural, because the fabric of society is a seamless web in which everything connects.

A similar destabilization is occurring within currency, with crypto poised to play a unique role in the redefinition of the global economy and personal freedom. For one thing, crypto enthusiasts are among the few who will applaud the destabilization of a corrupt system (central banking) and view it as an opportunity.

The Return of the Cold War

After almost two years, hysteria still permeates the media over Russia’s alleged interference in America’s 2016 elections. This obsession is a manifestation of a larger global conflict in which America and its allies—albeit, some reluctantly—are pitted against Russia and China, along with their allies, and against the nations that America has alienated through policies of invasion, sanctions, and other forms of aggression. The global rivalry is for political influence, trade advantage, territory, and the future of space and the Arctic.

In short, a new Cold War is in progress. Since the collapse of the Soviet Union, the U.S. has been the world’s ruling power, but competitors and dissatisfied “customers” now contest that status (at least, economically). Once again, the undeclared Cold War is between super powers. Once again, individuals and marginalized nations will benefit as best they can from the opportunities that arise from economic disruption.

Unlike many other disruptions, the currency crisis is measurable and inevitable. For decades, the U.S. dollar has been the world’s default or reserve currency. A reserve currency is one that is held by governments and institutions for their foreign exchanges; it is the default currency used in international transactions by agencies and individuals. In 1944, the dollar was established as the reserve unit, partly because of its comparative merits and partly because of World-War-II political dynamics. The Bretton Woods Agreement was forged by over 700 delegates from 44 Allied nations in order to regulate post-war international finance. Central banks were to maintain fixed exchange rates between their national currencies and the U.S. dollar, buying or selling the dollar as necessary to regulate their own money supply and value. A “floating rate” was later substituted.

Owning the printing press for the world’s reserve currency contributed hugely to America economic and political dominance. It has been challenged over the last few decades, however. The European Union established a homogenized money across almost 20 nations, making the Euro the second-largest reserve currency and the second-most-traded one. Nations have also called for a “cashless” society, which would raise questions regarding the future of fiat. These challenges come from governments as they jostle for advantage.

And, then, there came the arrival of crypto. It was created by individuals in order to bypass the politics of currency and to control their own lives. It was developed by revolutionaries who had rising expectations of freedom.

The Challenge to America’s Currency Power

In a fast-moving world, a 1944 agreement has naturally eroded, not least because it was based on political circumstances. America has hastened its own decline, however, by abusing the dollar’s global muscle. In broad strokes, America will lose the power derived from a default currency and a dollar-based banking system for two reasons:

First: America’s belligerent foreign policy and its fiscal incompetence have run amok around the globe. In the last two decades, America has invaded more countries than ever before in its history. The astronomical cost of perpetual war is not merely economic; the cost is also the alienation or hatred that much of the world now feels toward the U.S. Even nations that have not been invaded resent the U.S.’s monetary policies, such as FATCA (the Foreign Account Tax Compliance Act), which have been imposed upon the world to benefit the Americans at everyone else’s expense.

Meanwhile, America’s inflation and debt soar to ruinous levels. The dollar-based central banking system is close to crashing. An economic cliff approaches and, seeing it on the horizon, the central banks scramble for solutions from a cashless society to negative interest rates or the issuance of official crypto. Removing the dollar as the reserve currency does not seem to be under active consideration. For one thing, it would mean a brutal confrontation with the U.S. For another, the systemic problems of central banking cannot be cured by swapping in a new reserve currency.

Second: Alternatives to the dollar and to the current central banking system are being developed. Former antagonists find common cause in this goal. In particular, China, Russia, Iran, and (now) Turkey have become dollar mavericks. Much of their response is driven by U.S. sanctions. Radio Free Europe reported, “Russia is vowing to speed up its efforts along with China and Iran to stop using the U.S. dollar in global trade, particularly in oil sales that are vital to both Moscow and Tehran.” The point is not whether the currency coup will succeed; the point is that other nations are actively weaponizing an alternate fiat against the U.S. If the currency coup does succeed, however, the basic functioning of the world’s finances will not change: fiat money, central banks, and the consequent theft from the individual.

More than money is stolen; hope and opportunities are stripped away. By contrast, crypto offers escape. It confronts fiat and central banking via the remarkable strategy of not confronting them at all; it simply bypasses them. Crypto is a proof of principle. The principle: it is possible to have global finance without government fiat or the toll bridge of central banking. It is possible for average people to control their own finances and to prosper, without the sanction of authorities. Crypto fuels a quiet but growing revolution.

The Revolution of Rising Expectations

People are awakening to autonomy through crypto. And that’s where the revolution resides-not in traders or investors, but in average people who glimpse financial freedom and safety for their families. Having glimpsed it, they then demand it. The energy of this demand rises like heat from two sources:

Why the Revolution is Dismissed

The crypto community makes the mistake of looking to investors, traders, and businessmen for political and historical analysis. Those who came up through the ranks of crypto probably have valuable perspectives, but those to whom crypto is nothing but a way to profit from a new form of investment will view it as nothing more than a new form of investment. Profit is a laudable thing, but it is not political or historical analysis. Those who view the essence of crypto as an investment will naturally promote policies that favor the goal of profit, such as respectability—that is, regulation. They will be scornful of advocates who perceive a deeper meaning to crypto, especially if that meaning sometimes obstructs profit, as does resistance to regulation.

Yet the political or historical analysis of successful traders and investors is accorded automatic credibility simply because they make profits. An important element is factored out of their analysis, though: the average person, the workingman who is trapped in a financial cage as strong as any bars. Those who open the door for him should not be derided. Freedom is not the enemy of profit. Nor is the overthrow of a corrupt system.

The IOTA Qubic team have been reviewing the options for resource tests within the Qubic Protocol. This part of the...