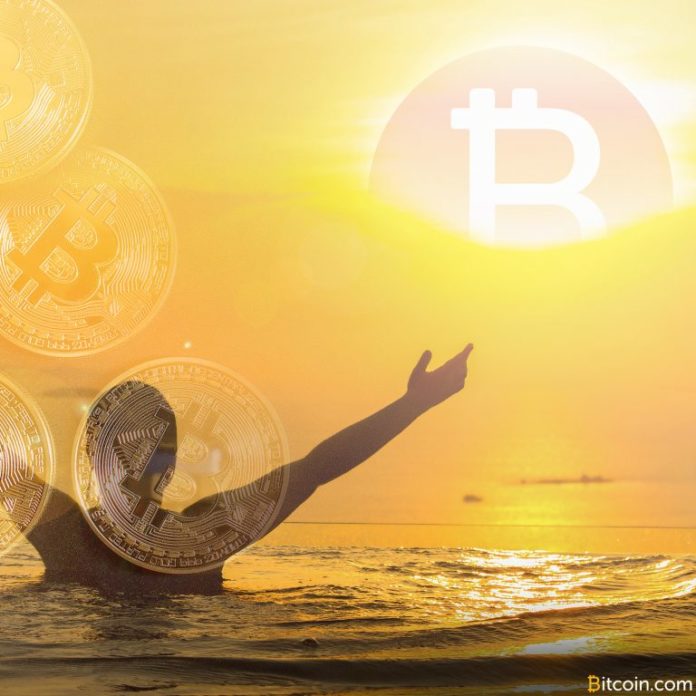 Government is a law factory. It passes laws in the same manner that another type of factory extrudes metal molding…But, whereas a factory which extrudes metal molding is providing a product which is useful to the citizens generally, and which certain citizens will purchase voluntarily; the government factory extrudes compulsion which is useful principally to the government, itself, but is purchased [through taxes and other ‘fees’] in advance by the people, who are never in a position to refuse to buy.

-Robert LeFevre, The Nature of Man and His Government

A key difference between state and society: the latter does not force people to buy products or services they do not want. Society does not require them to use central banks, to purchase law enforcement, or to finance military protection against foreign nations. People can decline that type of product altogether, or they can use a competing private supplier.

By contrast, the state compels the purchase of such products on the grounds that they are essential to the social good. Not only that, government claims that monopolies are needed to act as trusted third parties (TTPs).

At the core of the conflict between state and society lies antithetical views of TTPs. The state insists on a neutral or benevolent definition; that is, a TTP is an entity that facilitates the quality or honesty of interactions between people who invest it with trust. The description can be accurate. People can use a lawyer, for example, as an intermediary in a business deal. But a TTP is neutral or benevolent only if no one is forced to use or to finance it.

Both groups, like the cypherpunks, and individuals, like Satoshi Nakamoto highlighted a bitter irony in what the word “trusted” had come to mean in TTPs. The word was a mockery of itself. A state TTP could not be trusted to act on behalf of those forced to consume its products and services; it always acted in its own interests. The world badly needed alternate systems and approaches for which no trust was necessary because transactions could be verified independently.

The blockchain was designed to be a law unto itself, with transfers that anyone can verify. That’s why it is transparent, immutable, and decentralized. It is “trustless,” in the best sense of the word. The blockchain was also designed to prevent occasional acts of personal fraud by making payments irreversible and using time stamps that avoid double spending.

But fighting occasional bad actors, like people who do not deliver paid-for goods, is not the blockchain’s primary purpose. Nor should it be. Whenever human beings exchange, some fraud will occur because human nature contains a streak of dishonesty. One might say this is unfortunate, but then, one might ask:  compared to what? Peer-to-peer crypto and decentralized exchanges should not be judged against a standard of perfection. They should be judged by how effectively they accomplish their primary purpose: to fight the pervasive institutionalized crimes committed by the state against society—that is, against individuals—especially through central banking and fiat currency.

The strategic genius of making TTPs obsolete by replacing and ignoring them is underestimated because it is usually confined to the digital realm. In fact, the strategy has application across society, and crypto is part of a long political tradition of what has been called prevention. Viewing crypto through this lens offers different perspectives and insights, which are entirely compatible with personal freedom.

Crypto as Part of Prevention Tradition

Crypto protects individuals from the devastating institutionalized crimes of the state by allowing them to avoid central banks and to retain the private data that constitutes power over their lives.

The libertarian Robert LeFevre was one of the best theorists on how to prevent crime, especially those committed by the state against society. He asked, “how can a society best ensure private justice?” He answered: pre-emptive defenses that avoid crime before it happens. This contrasted sharply with how most libertarian theorists approached the question of private justice; they almost entirely focused on issues such as restitution versus retribution or on how justice enforcement agencies should be structured. All of these issues became dynamic, however, only after a rights violation had occurred. Like Satoshi, LeFevre wanted a system that prevented the institutionalized crimes of the state from happening in the first place.

There are striking parallels between LeFevre and Satoshi. LeFevre was trying to avoid and replace a TTP: traditional law enforcement, including the court system, which were government monopolies. The two men’s motivations were similar. LeFevre saw law enforcement as a massive failure, or far worse. Under the guise of providing justice, it oppressed individuals by regulating almost every activity short of breathing itself. Equally, Satoshi knew that central banks and fiat were massive failures, or far worse. Under the guise of providing financial stability and protection, they looted the wealth of individuals through mechanisms such as inflation and transferred it to those in authority.

Both men advocated private institutions that did not confront their state counterparts in a civil-rights context, but which prevented a need for them. LeFevre wrote, “Is government the only device we know of self-protection? No, it is not. Voluntary insurance is another device. So are private policemen, private organizations such as the American Legion, night watchmen, merchant police, the Triple A and perhaps a score of others…” (The foregoing is a very simplistic description of his approach.)

Practical advantages adhere to LeFevre’s and Satoshi’s prevention systems. For one thing, after a crime has occurred, it can be almost impossible to make a victim whole, even in non-criminal cases of contract or straightforward torts. A broken vase may be a family heirloom, for example, but it will be replaced at its market value, not at its sentimental worth. With violent crimes such as rape, assault, or murder, the harm is much more difficult to erase. Bodies can heal, medical bills can be paid, but the emotional suffering can be permanent. The problem of remedying criminal cases has long been recognized. In Ethics of Liberty, even the great advocate of restitution Murray Rothbard argued, “In the question of bodily assault, where restitution does not even apply, we can…employ…proportionate punishment; so that if A has beaten up B in a certain way, then B has the right to beat up A…to rather more than the same extent.” The prospect of public beatings seems unpalatable as a solution in civil society.

Equally, to lose one’s life savings through inflation, confiscation, mismanagement, and other criminal acts by central banks can be devastating. Restitution may be more easily made—after all, a dollar is a dollar is a dollar—but the return of funds is often unlikely. Even if it occurs, the process can take years and involve heavy legal expenses. Prevention is preferable, by far.

Government does not want prevention, of course, because the strategy breaks its monopoly over TTPs such as law enforcement and the banking system. It does not matter that law enforcement offers no real customer service; the courts in many countries have ruled that the police have no obligation to protect individuals. But, as long as people are convinced that the police are there “to serve and protect,” then they accept the loss of freedom in the name of security. It does not matter that central banks function as arms of the state. As long as people are convinced of a need for “guarantees” such as Federal Deposit Insurance Corporation protection, they will surrender freedom for a promise of safety.

The secret to maintaining the state’s control over society is for it to create fear and then to stoke it. This process is at work in crypto whenever the state appeals to the two forms of law that are its bailiwick: vice laws, such as anti-drug measures; and, regulations, such as Know Your Customer. The two forms of law that are natural to society cannot be used effectively against crypto: laws to protect person and property; and contract law. Again, state and society are incompatible. Society’s main weapon of self-defense is to demonstrate that the state’s protection and “services” are unnecessary.

The stress on prevention also captures a schism in attitude within the crypto community. Prevention and avoidance are natural companions. Confrontation is an uncomfortable one. Which approach is more effective? Or can a blanket statement be made? Satoshi seemed to think it could be.

The two attitudes are epitomized by Julian Assange and Satoshi, both whom fully understand the freedom value of crypto. Assange expressed his style in an October 2017 tweet: “My deepest thanks to the U.S. government, Senator McCain, and Senator Lieberman for pushing Visa, MasterCad [sic], Paypal, AmEx, Moneybookers, et al, into erecting an illegal banking blockade against @WikiLeaks starting in 2010. It caused us to invest in Bitcoin—with > 50,000% returns.”

Satoshi’s attitude was contained in his response to an earlier 2010 tweet from Assange. “Bring it [bitcoin] on,” the latter man crowed. Satoshi objected. “No, don’t ‘bring it on.’ The project needs to grow gradually so the software can be strengthened along the way. I make this appeal to WikiLeaks not to try to use Bitcoin. Bitcoin is a small beta community in its infancy.” Less than a week later, on 12 December 2010, Satoshi vanished from the Bitcoin community after posting the message: “WikiLeaks has kicked the hornet’s nest, and the swarm is headed towards us.” The swarm was government and, perhaps, those users who cared nothing about bitcoin as a vehicle of freedom.

It is tantalizing to speculate on which software would have been strengthened or added to the beta software: protections against bad actors? Some form of decentralized exchange for trading and cashing out? It is disturbing to realize that bitcoin may have been hindered badly by being popularized too soon.

Another interesting question is whether Satoshi’s attitude of prevention and avoidance is the most effective attack on the criminal institutions of the state. If so, then those who confront the state with taunts and challenges may be harming a primary benefit of crypto: freedom through prevention, rather than confrontation. They may be handing an advantage back to the state and away from society. Theories of non-violent resistance have a great deal to tell us about how the state and its laws react to aggressive challenges.

IOTA (MIOTA) – Volkswagen a welcome validation for IOTA and other DLTs

With crypto prices hitting new lows by the day, it is easy for an investor to lose hope and quit....