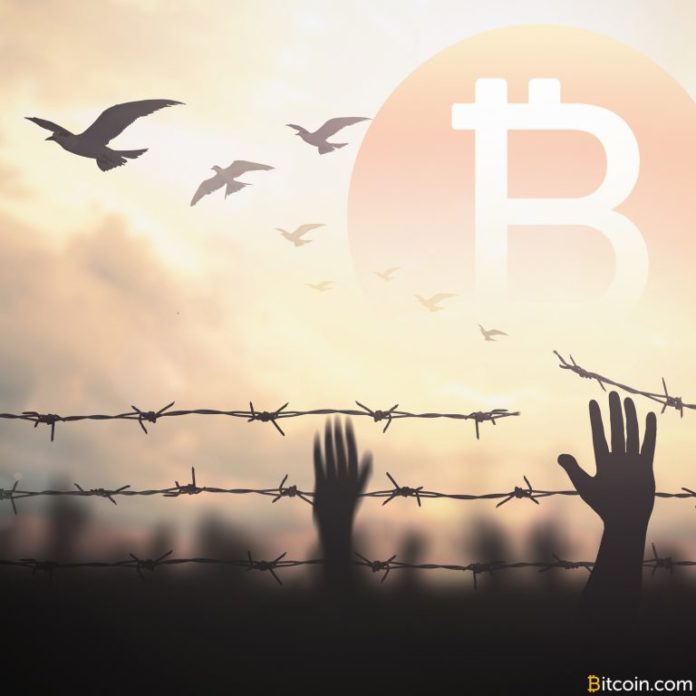 The Satoshi Revolution: A Revolution of Rising Expectations
Section 4: State Versus Society
Chapter 9, Part 3
The Free Market Can Provide Law

Crypto is the Wild West, and there ought to be a law. I agree. But agreement is the beginning of a vigorous dispute.

It comes down to the question of “what is law?” Crypto may seem to be its own law and legal sanction. Those who use the blockchain consent; the protocol enforces its own consensus by virtue of participation. It is an elegant system, an elegant solution. But what happens when crypto meets the pavement? What happens when it intersects with the hyper-regulated real world in which we all deal? The response of sensible people may be to blow off the absurdity of the Kafkaesque world that surrounds us, but the concept of law as applied to daily life should not be dismissed. It plays an important role in human society.

Law should not be the entering edge of a situation because it is an organizing principle; this presumes there is something to organize, and it should follow ongoing arrangements. But, then, every once in awhile, a paradigm explodes and disrupts, well, the paradigm. Cryptocurrency exploded. Law has been scrambling to catch up ever since. And law should catch up. But the impact of that statement depends upon what is meant by the word “law.”

Government makes “law” into a synonym for legislation: that is, edicts imposed by self-interested elites who wield power in pursuit of their own self interest. That bastardizes the word “law” and perverts its true meaning. The use of the word becomes weaponized against crytpo by reference to child pornography, sex trafficking, drug addiction, and other issues that cause minds to cloud over. The issue is too important to allow that to happen.

The law should apply to cryptocurrency. But what is meant by “the law”? Government should not be allowed to monopolize the concept as it monopolizes so many other essentials of life.

The term refers to nothing more than the rules that identify and regulate a system. When the system is human society, discussions of law tend to become matters of power because some people want to dominate. Human society is accustomed to politicians and other thugs who make the discussion of rules devolve into making beneficiaries of some at the expense of others. This is a brick wall that anarchy hits in its attempt to redefine society for the benefit of the average person. WHAT ABOUT LAW, is the shouted response it encounters? What about crime and the resolution of dispute? Without government, it is said, society will descend into chaos. This is the script crypto encounters when it tries to enter the mainstream of society. What about the law?

And, the outcry has a ring of truth. As long as politicians define what constitutes law, then law will be the prerogative of government, and crypto will be an outlaw.

It is time to ask “What is the law?” and how is it administered. More specifically, is “law” the one area of human society that cannot be addressed by the free market? Can freedom provide law?

The inevitable objection is that law requires consensus. That may be true. But if law aims at nothing more than preserving person and property—law stripped to its essentials–requires a minimum of committee. You and your neighbor have a natural shared interest in not having your houses burned down, in not having your children kidnapped. A consensus among human beings who want a peaceful existence to raise a family is not a problem.

Yet a question seems to remain.

The question has been discussed for centuries.

The Belgian-born classical liberal, Gustave de Molinari (1819-1912), respected the free market so deeply that colleagues called him “the law of supply and demand made into man.” Although he was highly praised in his day, Molinari has fallen into comparative obscurity. His legacy should be retrieved because he raised a pivotal question that deserves serious consideration. Why is the penultimate form of law—community security–a service that people believe must be provided government than by the free market? Apparently, it is too important for the free market to address.

Why? Whether the free market can provide law rests upon the question.

Molinari’s answer: Like every human necessity, security is best provided on a competitive basis with individuals possessing the authority to choose “yes” or “no.” In short, Molinari was a precursor to free-market anarchism. He is the first theorist to present a cohesive argument on how the free market could competitively provide law—which is defense and restitution—and do so not merely for individuals but for consenting collectives individuals who share territory.

This is what crypto requires. Not merely a free-market “law” that resolves individual disputes but a law that has communal and global application. Such rules have evolved many times in the past: measuring systems, electronic standards. The rules evolved because they made sense, and they filled a human need.

Molinari proposed a free-market rule of law writ large: a free-market alternative to “national defense.” He did so in an article entitled “The Production of Security” and in his book entitled Conversations on Economic Laws and Defense of Property.

“The Production of Security” (1849) challenged a dominant social theme. The influential 17th century philosopher Thomas Hobbes had originated some of the fundamental assumptions of Molinari’s day. Only through a social contract, only through the state could men live harmoniously.

Molinari argued the opposite. The natural impulse of man is to combine into society for mutual advantage. “[I]mpelled by the self-interest of the individuals thus brought together, a certain division of labor is established, necessarily followed by exchanges. In brief, we see an organization emerge, by means of which man can more completely satisfy his needs than he could living in isolation.” That organization is the free market, and it exists to satisfy the needs of man through a division of labor and exchange.

Molinari continued, “Among the needs of man, there is one particular type which plays an immense role in the history of humanity, namely the need for security. What is this need?” An individual needs to protect and preserve his person and property. Molinari was not naïve. He realized that “since…Cain and Abel,” there had been crimes “against the lives and property of individuals.” He acknowledged that Hobbes was correct on one point: Governments are established to address the need for security, or law. “Everywhere, men resign themselves to the most extreme sacrifices rather than do without government and hence security,” Molinari agreed. Nevertheless, men were incorrect in doing so because “they misjudge their alternatives.” Men would be best served by procuring their “security at the lowest price possible.” [Note: “price” refers not merely to money but to all costs involved in using a service, including convenience and efficiency.]

Molinari presented three alternative means by which a good or service could be produced.

The first is granting a monopoly to a privileged entity.

The second is through coercive production that is said to benefit society in general. The authority is in the collective.

The third is free-market competition. Here, the authority resides with the individuals who are called customers.

And, yet, because security is an essential “good” for society, it was and is assumed that security must be handled by government through monopoly or collectivization, and not through the free market.

He also sketched a blueprint of the alternative. What would a free-market security service look like? To begin with, it would focus entirely upon the protection of person and property. That is, it would protect the individual’s interest in safety from criminals and invaders rather than the interests of the state in preserving or extending its authority. This contrasts with a monopoly or collectivized production of security, which leads to external conflict (e.g., war with other nations over territory) and internal conflict (e.g., class warfare over domestic power).

In exchange for protecting individuals from aggression, the free-market agency would receive payment and function as a business. Customers would undoubtedly ask a series of questions of the provider, including if “any other producer of security, offering equal guarantees, is disposed to offer… this commodity on better terms…. In small districts a single entrepreneur could suffice. This entrepreneur might leave his business to his son, or sell it to another entrepreneur,” he concluded. “In larger districts, one company by itself would bring together enough resources adequately to carry on this important and difficult business. If it were well managed, this company could easily last, and security would last with it.” In short, Molinari envisioned a system of competing security providers that function much as insurance companies do today. He concluded, “Under a regime of liberty, the natural organization of the security industry would not be different from that of other industries.”

The foregoing discussion provides nothing more than a general sense of the theory and spirit underlying the call for the competitive provision of security. As such, it is unlikely to convince anyone. But it raises important questions and places the burden of proof upon free market skeptics who argue for a monopoly or communistic production of security. The burden they shoulder resides in the question, “Of all services essential to man, why is security better provided by the state than by the free market?” If the free market can deliver the source of life to your doorstep—food, heat, shelter—why can’t it protect those sources of life?

Taken down a lot of notches, what would free-market law look like? How would it apply to cryptocurrency? It is uncharted territory. Time to get out a chart.

On 6 July 2018, the +CityxChange proposal was formally invited by the European Commission to become a new smart city...