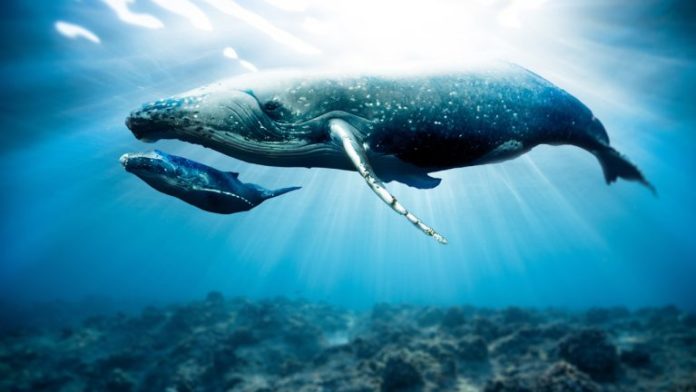 Onchain data shows that during the market carnage this past weekend the number of ethereum whales increased significantly, while ETH prices dropped by 30%. Analytics from the data firm Santiment shows 68 new whales joined the network during the last three days.

During the last three days, cryptocurrency prices dropped considerably but ethereum (ETH) and a handful of defi tokens took some deeper losses in comparison. Over the weekend after the Sushiswap fiasco, ETH and a number of ERC20 token prices plummeted, losing 30% in value.

The lower prices of ETH sparked a buying frenzy and according to Santiment data, 68 new whales (1,000 to 10,000 ETH) joined the ETH ecosystem.

“Santiment‘s holder distribution chart shows that as ethereum was falling, there was a spike in the number of addresses with millions of dollars in ETH, colloquially known as whales,” the crypto proponent Ali Martinez tweeted on Sunday. “Roughly 68 new whales holding 1K to 10K ETH have joined the network in the past three days.”

At the time of publication, the entire market cap of 6,700+ crypto assets is just above the $300 billion mark losing 7% in value during the last 24 hours. Looking at the top ten digital assets, in terms of market valuation, ETH’s concentration of large holders is 40% according to Intotheblock’s onchain metrics.

In contrast to ETH’s concentration of large holders, bitcoin (BTC) has around 10%.

Bitcoin cash (BCH) whales on Monday is around 30% and holders’ composition by time held stands at 93%.

Bitcoinsv (BSV) the fork of BCH has a touch lower concentration of whales at 28% today and holders’ composition by time held is around 89%.

Litecoin (LTC) has a bigger concentration of large holders in contrast to BSV and BCH with 48% today. Holders’ composition by time held is resting at 66% for litecoin as well.

Lastly, the tenth market position held by cardano (ADA) has 33% a concentration of whales and ADA’s time held holders’ composition is only 37% on Monday.

The top ten’s onchain data shows that BTC has the least number of whales, while Chainlink (LINK) has the most concentration of large holders.

What do you think about the concentration of large holders in the crypto asset economy? Let us know what you think in the comments below.

Could The Rise of Yearn Finance Harm the Long Term Viability of Bitcoin?

Even in the highly unpredictable world of crypto, 2020 has made for an exceptionally volatile year so far.  The summer...