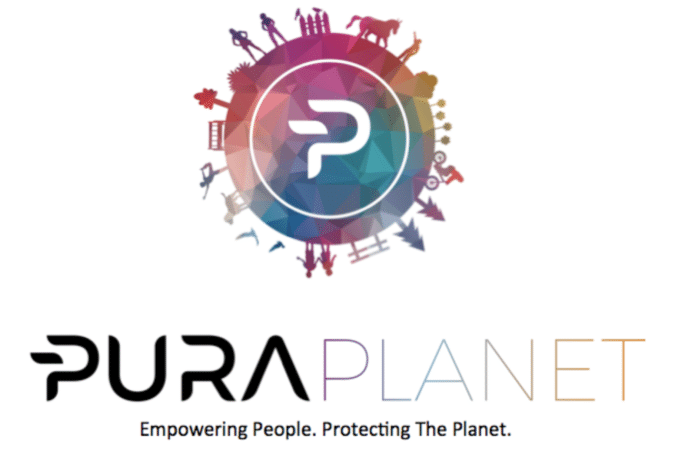 While every cryptocurrency would argue they’re trying to make the world a better place, Pura reserves 10% of every block reward to do exactly that. “PURA is the world’s first socially and environmentally conscious cryptocurrency programmed by protocol design to contribute up to 10% of its mining rewards to the common good.” What exactly is the ‘common good’? If you hold Pura, you’ll help decide within their decentralized autonomous organization or DAO. Based on Dash’s open source code, Pura is a decentralized cryptocurrency “run by the people for the people.”

The creators of Pura envision a world where the popularity of cryptocurrencies make it nearly impossible for governments to effectively collect taxes. They believe the 10% set aside can help fund the necessities of society, such as roads, schools, and education. Before that day comes, the coins and DAO will fund and track “sustainable, environmental, and social projects around the globe.”

Ultimately, the DAO would not only want to fund charities but bring the charities onto the blockchain. There are numerous charities with egregious overhead costs and corruption. “By getting charities, causes, and projects onto the blockchain, users ensure that contributions get tracked, the spending of funds is transparent, and fund recipients are held accountable to the community. In this way, the need to simply trust a nonprofit or prosocial cause based on good faith alone is no longer necessary.”

Pura, Spanish for ‘pure,’ was named with Latin American markets in mind. Given the recent examples of hyperinflation, cryptocurrencies can serve as a relatively safe store of value in Latin American countries. There are also numerous workers sending money back home looking for a low fee alternative.

However, it seems the community still has work to do penetrating these Latin American markets. It’s interesting to see Germany, USA, and Canada holds the vast majority of wallets.

The network’s features exist on top of a network of masternodes. You can run a masternode by purchasing at least 100,000 coins. At the beginning of 2018, that would cost about $37,000 dollars. These masternodes, due to their large investment in the network, are provided special rewards and abilities. First of all, they receive 60% of all block rewards. Second, you can easily deploy new features through masternodes. For more decentralized coins such as Bitcoin, new features require consensus across a large group of miners. While having masternodes sacrifices some level of decentralization, it’s believed that due to their investment, they will act in the best interest of the network. Finally, masternodes help run important features such as PrivatePay and InstaPay. You can check out a video of how to set up a Pura masternode here.

As Pura is based on Dash’s codebase, the masternodes offer similar features. PrivatePay allows you to send money semi-anonymously. Instead of your coins going directly to the recipient, they first go to a masternode. The masternodes then start trading the coins around to obfuscate the history of the coins. A masternode then eventually sends your coins to the intended recipient.

InstaPay is similar to Dash’s InstantPay, but it’s presumed Pura’s transactions are so fast there’s no time to fully spell out the word instant. Rather than wait for confirmation on the blockchain, InstaPay is the processing of sending your coins to a masternode that locks the funds to prevent double spending. The masternode provides confirmation within seconds that the transaction locked in. The masternode then adds the transaction to the blockchain eventually. The InstaPay feature is especially useful for merchants who don’t want people waiting around for blocks to be mined.

Pura provides several incentives for merchants to accept the coin. As of February 1, 2018, they have 58 merchants signed up around the world. Through a process called “Proof of Adoption,” Pura will reserve a certain percentage of block rewards for partners accepting Pura as payment. These rewards will go into effect in the third quarter of 2018. In addition to block rewards and money savings on credit card processing, the team also believes people will support “brands with a good cause.” By using the network and increasing the value of the coins, users simultaneously increase the value of the 10% set aside to make the world a better place. If you’re interested in joining the merchant network, you can find more information here.

Pura mining uses the X11 algorithm with blocks on average every 1.5 to 4 minutes. Each block rewards 25.16 Pura. The team developed code to create the “Fair Mining Network Effect”. They’re trying to combat the issue of mining pools jumping around to different coins based on what coin is the most profitable to mine. These “jump and dumps” are bad for both network and price stability of the coin. As a countermeasure, Pura uses a “retargeting algorithm known as DeltaDiff” to readjust mining difficulty based on the average time taken to find blocks over the last 24 hours. This smoothing eliminates the negative effect and much of the incentive for large pools to jump in and out of mining.

Of course, Dash is the most similar coin to Pura. However, Pura is the only coin with block rewards dedicated to charity. Dash requires 1000 coins to become a masternode. At the beginning of 2018, this would cost you close to half a million dollars. There is also only 22 million Dash in existence with 4666 masternodes locking up a significant portion of the coin supply. This system allows only 2.9 million Dash to be in circulation. Pura, on the other hand, requires 100,000 Pura to become a masternode. With 350 million Pura in existence, a greater proportion of coins can still move around the network.

There are currently over 173 million Pura circulating with a max supply of 350 million. On average, 1550 blocks are mined per day. After a new update, 10 Pura will be released from each block with the following distribution:

The team consists of over 20 members and is led by Vincent Fullerton. Just recently, the team formed a partnership with BitXatm to let people buy PURA with cash and withdraw cryptocurrency in cash. The team continues working on the possibility of a Pura debit card as well.

After launch, Pura quickly rose to over $1 per coin. After a retracement, the price has hovered between 30 and 70 cents. Its price is not reliant on the release of a new feature but simply the level of adoption and volume they can start to achieve. The vast majority of blocks currently have no transactions. With an increase in price and thus an increase in block reward value, you could then see Pura Planet start to make an impact.

Where can you buy Pura?

Coinexchange and Kucoin account for the vast majority of Pura volume with a Bitcoin pairing.

Where can you store Pura?

You can store coins in the Pura Aurora wallet available for download here. With Aurora, you’ll automatically receive all features and updates. The developers will release a mobile wallet at some point in 2018.

While Pura is a coin clearly still in its infancy, it addresses several key issues in the cryptocurrency space. First, the InstaPay provides instant settlement for merchants. People won’t wait around for block confirmations and merchants don’t want to lose money on an unconfirmed transaction. Second, they provide a level of anonymity in a time of increasing government surveillance. And finally, they take a look at the big picture and the issues we as a global community should come together and solve. Their DAO for the common good is an interesting experiment into the efficacy of a decentralized charitable organization.

The post What is Pura? | Beginner’s Guide appeared first on CoinCentral.

Phone makers in China are rushing to bring blockchain mobile phones to market, but there is significant confusion on the...