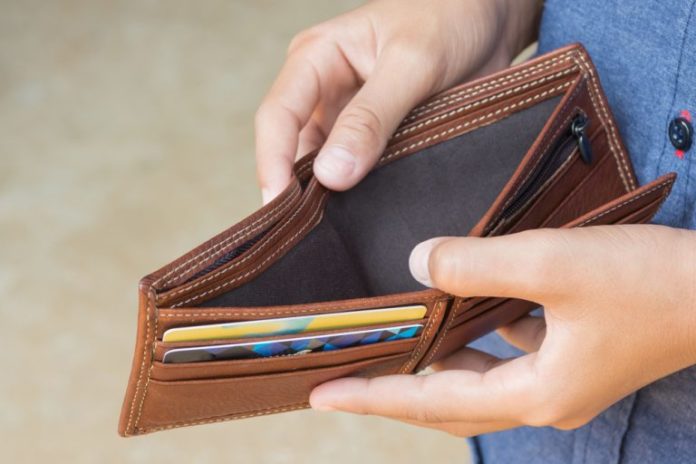 Australia is now moving forward with its proposed legislation to ban cash purchases over 10,000 AUD ($6,900) for business purposes. According to the treasury website: “The Black Economy Taskforce recommended this action to tackle tax evasion and other criminal activities.” While many Aussies are celebrating Bitcoin’s exclusion from this clause, others find the move away from hard cash somewhat chilling. After all, if this finally goes through, banks and the state will be given sole power to deny or approve any and all purchases above this limit. Crypto is not yet affected, but when cash is erased, and the control grid is tightened, be sure that centralized shitcoins are not going to save anyone, either.

Also Read: Five of the Most Important Use Cases for Cryptocurrency

There’s always been a lot of zealous hype in crypto circles. Search “bitcoin” on Twitter and you’ll be overwhelmed with an avalanche of largely meaningless noise. “Feeling really bullish right now thanks to X, Y, Z!” “If you don’t have any Bitcoin by now, you’re doing it wrong.” “Crypto #Revolution.” These hyped-up voices flash in the pan like cheap sparklers, and tend go quiet when the markets tank. They talk about being “unbanked” and the revolution of all things “powered by blockchain.” But at the end of the day, what the hell does all this really mean? A lot of people seem to think that freedom in finance can come easily, without a fight or intentional action. That the dynasty of powers that be are just going to roll over and accept a money they cannot control. For all the shouts of “ditch fiat!” and “why are people still using statist play money?” very few seem to understand the real score, which is this: there’s no war being waged on your technology, but on its ability to provide you with financial autonomy, self-sufficiency, and privacy.

The really bad news for these folks, though, is that if Australia pushes through this ban on cash purchases, and they are forced to use only digital assets and credit, it doesn’t matter how much of whatever centralized crypto shitcoin anyone holds. At that point, the state is in control, and fiat cash–as evil as it is–would be a lot more friendly. The alliance of Five Eyes nations (FVEY) really seems to have chosen Australia as a testing ground for implementing Orwellian, anti-privacy measures. Aussies are no longer allowed to be secure in their communications thanks to a controversial new law outlawing encrypted devices and chat applications. Now they are moving away from the privacy of paper money as well. This ostensibly to combat drug trafficking and terrorism via almost completely state-supervised monetary transactions for everyone.

It likely won’t be long until similar laws make their way into other FVEY countries like the United States, the U.K., Canada, and New Zealand. If that happens, the only cryptocurrencies that will be able to help secure value are those that are open source, private, secure and decentralized. Not surprisingly, these are the very coins now being specifically targeted by these nations, and slandered as “tools for criminals.” The Survival of Sound Money

If sound money is to survive this financial tyranny, it seems there might be some kind of battle. Many believe technological innovation can make this struggle a more or less peaceful one. When dealing with groups that do not respect the individual, inalienable rights of human beings to their bodies, minds, and property, however, there always comes a point where “no” must be uttered.

Whether it be boldly proclaimed from a stage in the spotlight or silently through a private action or transaction, it still must happen. There is no change without conscious, human action. Bitcoin allows for this by being decentralized. No state has control over the network. “No” is still an option. “No” is still somewhat of an option with fiat paper as well, as much as sensationalists might hate to hear it, or fear to say it. Cash Is Better Than State-Controlled Shitcoins

These aforementioned hypesters don’t get that the propagandized fiat money they rail against (and indeed they are correct in their criticisms) is still much more private and useful than a centralized, government-regulated digital money could or ever would be. The Ripple crowd, for example, brags about how realistic and adoption-friendly they are, the company itself writing a saccharine, syrupy letter to Congress on July 29. They speak about wanting to comply with whatever regulations must be put in place:

We don’t take for granted the vital role of central banks in issuing currencies and setting monetary policy in concert with the complex dynamics of economies around the world. For centuries, governments have been well suited for the job because paramount to the acceptance of any currency is trust.

Well-suited? For what job? Is debasing and devaluing people’s money, letting terrorists and violent traffickers off the hook, and losing trillions, spending trillions to finance the death and destruction of hundreds of thousands in war and democide “well-suited”? They’ve lost their minds.

If crypto is to be useful, it has to resemble the models of gold and cash, as far as privacy and user autonomy is concerned, and improve upon them immensely–not make a mealy-mouthed return to state-sponsored, central bank-controlled play money irrelevancy. Imagine being an Australian business owner and trying to buy something, but it’s too expensive to pay for with cash. For whatever reason, your bank cannot approve the purchase. Your account is frozen, or their servers are down. You’re stuck. This issue doesn’t exist with physical money. But it already does with bank accounts and centralized crypto exchanges. Dignity for the Win

The moment someone tells you in your private life that you’re “not allowed” to have something that is rightfully yours, and they try to steal it, you cease trusting them, and cut off the relationship. Why, when it comes to the state, should things be any different?

Like a patient off his head on painkillers, these people talk about pie-in-the-sky crypto utopias to be brought about by “blockchain revolutions” controlled by the very people who oppress them the most. Writing letters to Congress. Laughing at the “idealists” who wish to retain the keys to their holdings.

When cash is out, erased, kaput, if blockchain is going to save people, it’s going to be secure money, and not state shitcoins or digital, bank-regulated credit and debt. What the poor Twitter zealots have missed is that this peaceful resistance for non-violent money called the “crypto revolution” is not about just “getting rich,” but at its root is about preserving the dignity of precious, individual human life everywhere.

What are your thoughts on Australia’s move to ban cash, and on centralized crypto tokens? Let us know in the comments section below.

The post When Cash Is Banned, Centralized Cryptos Are Not Going to Save You appeared first on Bitcoin News.