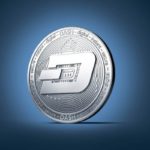 Dash is by no means a novelty in the busy, hectic, and ever-changing cryptosphere. Created in
2014 by a smart developer named Evan Duffield, Dash has a rich history of development. It first
existed as Xcoin then it was rebranded as Darkcoin (in January 2014), only to have its final
name set in stone in March 2015 when the developers named it “Dash,” short for “digital cash.”

Things to know about DASH

It was specifically designed to address the most important perceived shortcomings of the
world’s most valuable cryptocurrency, the Bitcoin. In short, Dash aims to offer its users a more
complete cryptocurrency, one capable of blistering-fast transaction speeds, low transaction
fees, and top-notch privacy features.

Dash started in life a simple fork from Bitcoin but has since then turned into a full-scale project
with its own unique philosophy. The main aspect that makes Dash so special is its X11
algorithm. It’s an algorithm designed to ensure the fair distribution of coins between miners.

Another interesting aspect that contributes towards ensuring Dash a technological edge over its
competitors is the fact that it’s powered by a two-tiered, two-layered system. As mentioned
before, the first part of the system involves miners. The second part involves master nodes.

While miners verify transactions across the network and create new blocks on the blockchain,
the master nodes are responsible for the good functioning of technologies such as PrivateSend,
InstantSend, and governance functions. The role of these master nodes is to enable coin mixing
for privacy, to process InstantSend transactions in less than a second and to vote on all the
required governance proposals. 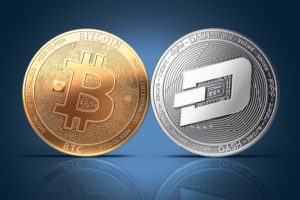 There are a lot of reasons one might want to start supporting Dash, and to buy Dash as a result.
For starters, there are many experts who believe that 2019 will be a very good year for
cryptocurrencies in general. Dash being one of the top cryptocurrencies (ranked 14th on
CoinMarketCap at the time of this writing) it’s only natural to assume that it will most likely see a
rise in price.

Furthermore, another good reason why you should buy Dash has to do with Dash’s technology.
As more and more crypto platforms (Bitcoin being the most obvious example) struggle with slow
transaction speeds, high fees, and lots of scalability issues, Dash has none of these problems
since it was designed around them straight from the get-go.

Dash is already a very popular cryptocurrency and is accepted by multiple big names in this
industry, as can be seen here. Another big factor to consider is Dash’s mining reward system.
Miners receive 45% of the block reward, a further 45% goes to masternodes, and 10% is set
aside of development purposes. All in all, Dash is a self-funding cryptocurrency platform, which
something that not many crypto projects can boast.

Last but not least, Dash is one of those crypto projects that has a controlled supply of tokens.
Only 18 million Dash can be ever created, a cap that’s expected to be reached around the year
2300. This makes Dash a very good, long-term investment.

Where to buy DASH

Fortunately, buying Dash is no longer a struggle, as the crypto platform has its token listed on a
plethora of good crypto exchanges out there. Some of the most notable names include; CEX.io,
Binance, Changelly, Bitfinex, Kraken, Bittrex, Uphold, Abra, Bithumb, Coinswitch, Huobi. At the
time of this writing, Bithumb is the exchange with the largest trading volume for Dash (for the
DASH/KRW trading pair).

How to buy DASH

Even though the exchanges listed below are slightly different, the main steps are relatively the
same. For starters, you must register an account on the exchange that allows you to buy Dash.
Usually, this only implies you having to enter a valid email address and a strong password.
Secondly, you will be required to provide the service with additional details such as your full
name, contact details, and possibly even a photo ID (all to satisfy the obligatory KYC
procedures).

Of course, there are various platforms that might allow you to skip this verification step, but not
only they are rare, but they usually have very low trading limits. The verification step is also the
best time to set up various security features provided by the websites. Technologies such as
two-factor authentication can really make your life better in the long run.

Next, you are required to deposit funds on into your account. It’s worth noting that most
exchanges don’t allow you to deposit fiat currencies (even though there are some exceptions
such as CEX, Kraken, Changelly, etc.). If that’s the case, you’ll have to make sure that the
exchange in question has the required trading pair. For example, if you have Bitcoin or
Ethereum in your wallet, you should look for pairings such as ETH/DASH or BTC/DASH.

Follow through by making your way to the markets section and choosing the desired crypto pair.
Enter the exact amount of Dash you want to buy or the amount of whatever cryptocurrency or
currency you have that you want to spend.

Last but not least, you’ll have to transfer the newly acquired DASH tokens from the exchange’s
official wallet to your own personal wallet (which is better equipped when it comes to storing
your private keys).

Where to store DASH?

Since Dash is a popular cryptocurrency, it shouldn’t come as a surprise that there are many
good options for storing it out there. In terms of hardware wallets, we recommend Ledger Nano S, Trezor, and KeepKey. Other good options include Exodus (desktop wallet), Jaxx (desktop
wallet), and Coinomi (mobile wallet).

Make sure you do your own research before choosing an exchange from where to buy Dash, as
well as in regards to choosing the wallet that suits you best.

India’s anti-bitcoin lawmakers have proposed a law that prohibits citizens from possessing, trading or profiting from bitcoin-related ventures which include...