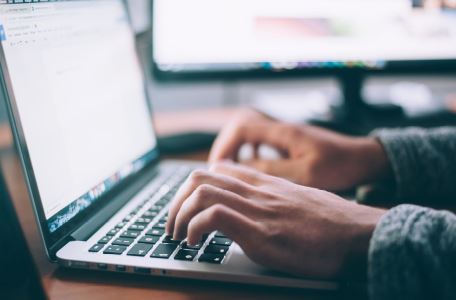 Get yourself up to date with a comprehensive guide to all the different brands and merchants that allow you to pay in cryptocurrencies and learn where to find the best Monero exchange.

Business is booming for cryptocurrency around the world. This huge rise in popularity means that things are constantly changing and this can make it difficult for people to stay up to date with the latest news.

People love cryptocurrencies because they allow for fast and inexpensive payments to be made all across the world. No waiting for checks to be verified, no holding fees, and no personal information necessary.

If you are looking to find out how to earn cryptocurrency you can find here.

Recently, more and more massive corporations and banks and come around to accepting digital currencies as forms of payment and partnerships. But not all banks have caught up with the times yet, and the ones that have don’t all accept the same cryptocurrencies. Some of the most popular cryptocurrencies global exchanges today are Bitcoin, Ethereum, and the up and coming Monero Exchange.

Let’s get into the current list of top cryptocurrencies and which of big-name merchants are currently offering their services through them.

Bitcoin (BTC) is the most popular and also the oldest digital currency in existence today. It was the first cryptocurrency, launched in 2009, it’s now also the world’s largest cryptocurrency by market capitalization. Bitcoin is also one of the first digital currencies to use peer-to-peer technology, allowing payments and transactions to be processed instantly. Today, more and more companies are accepting bitcoin, as the following list shows. Some brands that currently work with bitcoin services are:

Next is Ethereum. Ether (ETH) the 2nd most popular Cryptocurrency on the market today. It’s a bit more complex, as it’s an open-source, blockchain-based, decentralized software platform used for its own cryptocurrency, ether. Ethereum isn’t just any old platform but it’s also a programming language running on a blockchain, which helps developers build and publish applications. Currently, the brands that work with Ethereum are as follows:

Last, but definitely not least, is Monero (XMR). It was launched in 2014 and is one of the top-rising open-source cryptocurrencies. What sets Monero apart from the others, is that it is designed to give users the highest amount of privacy as possible. The currency you send is routed through a random one-time-only address, meaning that the Monero ledger only records the one-time address and doesn’t link the sender or the recipient. The creator of Monero. Nicolas van Saberhagen designed its blockchain to be intentionally opaque, by making all transaction details, like the identity of senders and recipients and the amount of each transaction, anonymous by disguising the addresses used by participants.

Another reason Monero is becoming a fan favorite is that it is so secure, and these days security is extremely important. As explained by Comodity.com , “As an extra layer of security, Monero also uses the Ring signature. This scrambles the transaction of two parties with other users’ transactions. The original transaction is then randomly moved along the list of transactions in the blockchain, making it nearly impossible to decipher where it originated. The ring signature also decrypts the amount of XMR sent. It splits each transaction into multiple smaller amounts and treats each value as a separate transaction. These are then mixed in with other transactions, making it almost impossible to identify the original operation. It should be noted that this is different than the private send technique used by Dash.”

The added security makes XMR a desirable currency to work with. Many of the places that allow you to pay in Monero are the same as Bitcoin and Ethereum. Some of the brands that currently offer payment in Monero currency are:

The list of high-quality brands and top dog corporations is expected to continue to grow, as many more people around the world demand privacy. Many people have already invested in this popular and secretive digital currency. If you are one of those individuals, you can buy, sell, or exchange Monero (XMR) with a variety of other cryptocurrencies like the previously mentioned BTH or ETH on secure, Monero exchange websites.