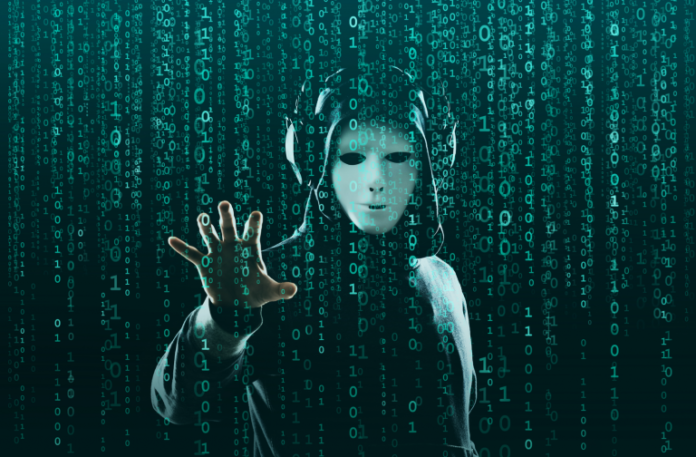 The true identity of the creator of Bitcoin is one of the biggest mysteries in the modern world. Over the years many theories have popped up about who Satoshi Nakamoto really is, including a time traveler, a space alien, a rogue artificial intelligence or a front for groups such as the NSA, CIA and Yakuza. This article will present only the known facts about him and the more likely candidates who people suspect may be be the elusive figure.

Who Is the Mysterious Founder of Bitcoin?

The name Satoshi Nakamoto is an alias used by the person or entity who created Bitcoin to hide their true identity. He claims to be Japanese, born on April 5, 1975 and reside in Japan but people doubt this due to his native-level command of the English language as well as his preference of working hours more consistent with the U.K. time zone than Asia. Satoshi is a Japanese boy’s name that means “one with wise ancestry” and he is presumed to be male.

Nakamoto was the first to solve the double-spending problem for a decentralized digital currency, creating a new asset, the likes of which the world had never seen before: Bitcoin. In October 2008, Satoshi published the original whitepaper, describing his blueprint for a “A Peer-to-Peer Electronic Cash System.” In January 2009 he released version 0.1 of the source code and launched the cryptocurrency by mining the genesis block. The founder continued to work on the software project for about another year and a half before disengaging from active development.

Nobody knows why Satoshi Nakamoto really decided to disappear without ever revealing himself or even cashing out some of the billions of dollars his early minted coins are now worth. This has provided fertile ground for speculation, educated guesses and outright conspiracy theories. Researchers have pored over the few data points left by the mysterious figure, trying to analyze his vocabulary, his way of writing and other clues to find some hints to his true identity.

Let’s have a look at some of the names that have been put forward as possible Satoshis.

Will the Real Satoshi Nakamoto Please Stand Up

Dorian Nakamoto is the man with the friendly face most people now associate with the creator of Bitcoin. He was outed as Satoshi in March 2014 by Newsweek Magazine, which created a media frenzy around him and greatly disrupted his life. Dorian has denied having any connection to the development of cryptocurrency but eventually embraced a role of a mascot of sorts for the community.

The evidence cited by the magazine includes the fact that Dorian was actually born with the name Satoshi. He was trained as a physicist at Cal Poly University and worked as a systems engineer on classified defense projects and a computer engineer for technology and financial information services companies. Nakamoto also has libertarian tendencies and encouraged his daughter to have a business “not under the government’s thumb.” And when he was first asked about Bitcoin, Nakamoto mistakenly thought it was a question about one of the classified projects he did for U.S. military contractors and said: “I am no longer involved in that and I cannot discuss it. It’s been turned over to other people. They are in charge of it now. I no longer have any connection.” For a more detailed look at Dorian as Satoshi Nakamoto see here.

Hal Finney was a cryptographic pioneer, cypherpunk activist and the first person ever to receive a bitcoin transaction. Coincidentally or not, he also was a neighbor of Dorian Nakamoto. A Caltech engineering graduate and a developer for the PGP Corporation, he had the required skills to create a cryptocurrency from scratch and was the first person to improve the Bitcoin source code after Satoshi.

Finney died in August 2014 and was cryopreserved by the Alcor Life Extension Foundation. Hopefully one day the technology to revive him will be invented and he can provide more clarity on the issue if it has not been resolved by then. For now you can see all the many facts pointing to Hal being Satoshi here.

Nice Szabo, self-described “Blockchain, cryptocurrency, and smart contracts pioneer,” was in contact with like Hal Finney and his name often comes up as a possible Satoshi despite his claims otherwise. People who think he may be the creator of Bitcoin point out his proposal for a decentralized currency called bit gold from 2005 which uses similar concepts to those eventually perfected by Bitcoin. For a breakdown of the facts pointing to Nick Szabo being Satoshi. Craig Wright is mostly thought of as a conman these days but there was once a time when some of the most prominent names in the crypto community thought he was Satoshi. This abrasive character is an Australian academic and businessman who first emerged in December 2015 with reports in Wired and Gizmodo. Since then he tried to force people to accept him as the creator of Bitcoin in various unconvincing ways, such as lawsuits against his critics. For the latest developments in the Craig Wright claiming to be Satoshi Nakamoto saga see here.

Paul Le Roux is a much scarier Satoshi candidate who came to light from the legal cases around Wright. Le Roux is a former encryption software programmer and vicious cartel boss turned informant to the U.S. Drug Enforcement Administration. After he was arrested in September 2012 for conspiracy to import narcotics, the criminal mastermind admitted to participating in seven murders.

Bitcoin is *not* my safe word

Elon Musk is mainly involved in the cryptocurrency sphere as a meme lord and casual troll, but he too had to deny being the creator of Bitcoin. As the founder of Paypal, Tesla, Spacex and a multitude of other companies in different fields, Musk probably has the ability to learn whatever skills he needs to create a cryptocurrency from scratch.

In November 2017 a former intern at Musk’s rocket company by the name of Sahil Gupta presented the case that his old boss was really the founder of Bitcoin. A Yale University computer science student at the time, he claimed that Musk had both a preference and an excellent grasp of the C++ programming language like Satoshi did.

Gupta also pointed out that the stability of the financial system was a major global concern in 2008, and Musk is someone who “identifies the most urgent problems of our time and dedicates his time to solving them,” suggesting he had the drive “to solve the lack of trust in banks by creating a currency that doesn’t need them.” He also claimed the tech mogul had a deep understanding of economics and cryptography needed to write the Bitcoin whitepaper.

Musk, who is already a billionaire many times over thanks to Paypal and Tesla, also wouldn’t be tempted to cash out his old coins in a hurry. But the massive stash of BTC and BCH could be used to kickstart the Martian economy once he is out of reach of the IRS on the surface of the red plant. So perhaps he is Satoshi after all and is just using humor to misdirect?

Well, now that Satoshi Nakamoto has been discovered, I guess it is case closed …

What do you think about the possible identity of the creator of Bitcoin? Share your thoughts in the comments section below.