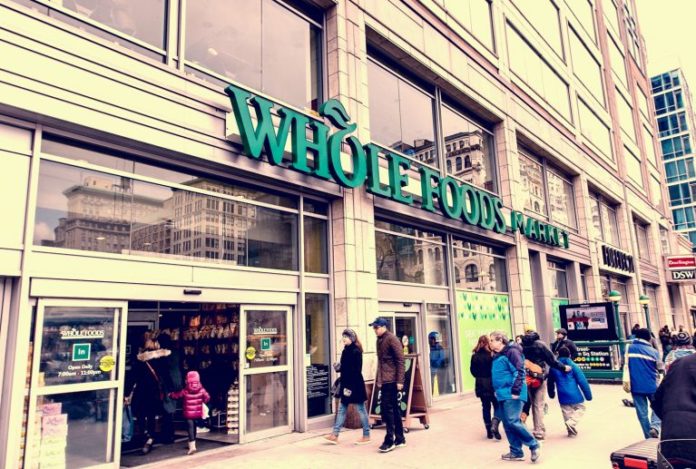 On May 13, cryptocurrency enthusiasts were pleased to hear that major retailers including Whole Foods, Lowes, Petco, Regal Cinemas, and Gamestop will accept payments in crypto. The payments will be processed by Flexa using its custodial wallet called ‘Spedn’ which gives people the ability to spend with bitcoin core, ethereum, bitcoin cash, and GUSD.

Digital currencies got a mainstream push today from the startup Flexa and its new wallet called Spedn. Users will be able to spend a variety of cryptocurrencies including BCH, BTC, GUSD, and ETH at a multitude of well-known establishments. This includes Lowes, Gamestop, Whole Foods, Petco, Barnes & Noble, Regal Cinemas, Baskin Robbins, Crate and Barrel, and Nordstrom. According to the startup, the application works due to a partnership between Flexa and its retail partners and the digital currency firm Gemini. The platform basically allows the user to load up one of the wallets with any coin and purchase items with one of the partner shops.

The Flexa network was a project cofounded by Tyler Spalding, Trevor Filter, Zachary Kilgore, and Daniel McCabe. Flexa uses its own cryptocurrency called Flexacoin in the background, the company has explained. Essentially Flexacoin is used as collateral to secure payments until the transaction is approved on one of the four public blockchains. The team says they built Flexa because they believe existing payment networks are broken and rather than team up with a debit card provider they decided to work with a large network of merchants.

“Over the past year, we’ve built new connections with tens of thousands of merchant point-of-sale terminals nationwide, to bypass the existing payments infrastructure and push cryptocurrency-based payment authorizations directly to merchants on your behalf,” Flexa’s announcement noted.

Essentially the partnerships allow users the ability to spend their cryptos at 30,476 stores according to the company blog. Flexa says that the company has more apps coming that will tie into the Flexa network and later this year the startup will be releasing its open source SDK so wallets can integrate the same Flexa payments as well.

The company emphasized that it aims to show the world “just how transformative cryptocurrencies can be for all kinds of payments, not just peer-to-peer transactions, but also retail payments, dining, and beyond.”

“Already, we’ve seen firsthand just how excited merchants are at the prospects of accepting cryptocurrencies in their stores to reduce payment fraud and processing costs,” Flexa’s announcement highlighted. The startup continued:

The world of payments is evolving quickly now, and we believe that Flexa will be a massive part of the shift toward more efficient and more accessible commerce around the globe.

What do you think about major retailers like Starbucks and Whole Foods accepting cryptocurrencies like bitcoin cash? Let us know in the comments section below.

Disclaimer: Readers should do their own due diligence before taking any actions related to the mentioned company or any of its affiliates or services. Bitcoin.com or the author is not responsible, directly or indirectly, for any damage or loss caused or alleged to be caused by or in connection with the use of or reliance on any content, goods or services mentioned in this article. This article is for informational purposes only.

Enjoy the easiest way to buy Bitcoin online with us. Download your free Bitcoin wallet and head to our Purchase Bitcoin page where you can buy BCH and BTCsecurely.

Bitcoin is Dominating Crypto Taking Over 90% of All Mining Fees

When considering Bitcoin dominance in terms of market cap and trading volume, spare a thought for the poor miners. The...