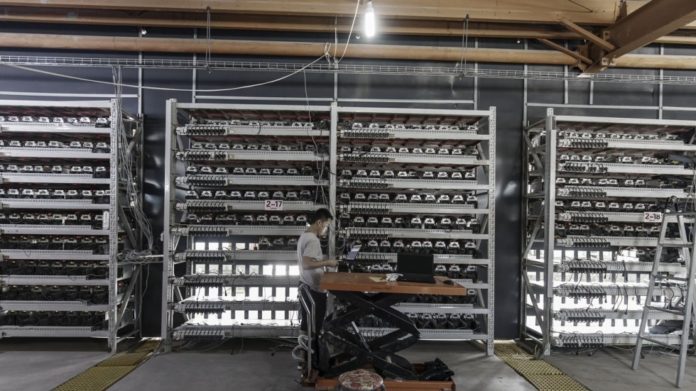 Bitcoin mining has become a profitable industry for many people in the cryptocurrency community. Despite the increasing popularity of bitcoin mining around the globe, though, there are quite a few places where it’s illegal. In another recent article, we looked at where bitcoin mining is currently being prohibited. In this article, we’ll look at a few different cases to get a better picture of exactly why more governments are shutting down these operations.

In many nations, owning and/or trading cryptocurrency has officially been banned. However, these rulings haven’t necessarily led to a shutdown of bitcoin mining. China is one of the few countries that has imposed nation-wide bans on both trading and mining.

Before the bitcoin mining ban was announced earlier this year, China accounted for more than 70% of the world’s bitcoin mining operations. Mining statistics aren’t available post-ban, so it’s difficult to tell the overall impact of the ban as of this writing. There have been a few coordinated raids, including one in April 2018 in Tianjin where 600 mining computers and eight high-power fans were seized.

Chinese officials are formulating strategies on how to shut down mining operations. This was made evident by leaked documents released earlier in 2018. According to an article published by Vice, “In the documents, issued to the local offices of the internet-finance regulator, authorities were instructed to force mining operations out of business using measures linked to electricity pricing, land use, tax and environmental protection.”

Environmental factors are important to consider as a legitimate reason for the bitcoin mining ban in China. While annual carbon emissions growth in China only grew by 1.4% (well short of the projected 2.0%) in 2017, China still accounts for around 30% of global carbon emissions. Considering that bitcoin mining now makes up 0.6% of the world’s total energy consumption, and possibly more in the future, it’s a real concern that the cryptocurrency community must address.

Nonetheless, others say that the reason for the mining ban is simply related to the goal of enforcing a shutdown of all cryptocurrencies in general throughout China. The ability to create a new financial system could be seen as a threat to the current one. Even though this possibility isn’t unique to China, it’s important to consider China’s reaction to these changes now that it’s the world’s top economy by GDP. In reaction to the ban, some bitcoin miners have moved their mining operations overseas to places where both bitcoin trading and mining are legal.

Even though the United States federal government hasn’t placed a ban on bitcoin mining, some local governments have enacted legislation of their own bans.

For example, Plattsburgh, New York, a 20,000-resident town located about 20 miles from the Canadian border, has placed an 18-month moratorium on bitcoin mining. In the past few years, Plattsburgh had become a hub for bitcoin miners due to cheap electricity prices thanks to hydroelectric power production on the St. Lawrence River.

However, the introduction of bitcoin mining has led to higher electricity costs for all residents. This was because the hydroelectric facility had to produce more than the typical allotted amount of energy to support mining operations. For example, in December 2017 and January 2018, even some residents who didn’t mine saw electric bills rise by $300.

Those who might consider breaking this new law may want to think again – the penalty is set at $1,000/day of illegal mining. In Washington state Chelan County Public Utility District (PUD), there’s also a similar ban in place. One unauthorized bitcoin mining operation with electricity consumption of over 11,000 kWh has been shut down. Prior to authorities pulling the plug, this operation consumed about 20x the electricity of standard households. As written in a previous article, Malaysia has cracked down on illegal residential-based mining operations. In a coordinated raid, two of the country’s bitcoin mining farms were shut down. These operations were deemed illegal, not because of an overall ban on bitcoin mining, but because the individuals in charge of these operations didn’t have official business permits.

Even though it’s not clear how easy or difficult it is to obtain government permission to run a mining operation in Malaysia, it is clear that complaints from neighbors were an important factor leading to the shutdowns. Neighbors reported that the operations caused power fluctuations and that the tenants were loud and disorderly. Even Legal Bitcoin Mining Could Lead to Illegal Activities

Many nations or cities don’t have any laws banning mining or even requiring business permits as in the cases detailed above; however, there are many individual operations that have been shut down due to a few different reasons that constituted illegal mining activity.

One such incident occurred in Orenburg, Russia in April 2018. In this case, two individuals were arrested after it was discovered that they had created a bitcoin mining farm within an abandoned rubber factory. They were charged with property damage and a few other crimes. Also, these illegal miners stole 8 million kW/h of electricity valued at around 60 million rubles (~$1 million).

Incidents like this are more common than you might think. For example, in the US, state government officials in both New York and Louisiana unlawfully used government resources to set up mining operations.

Workers at an Australian weather reporting agency also committed similar illegal activities. In all of these cases, it’s important to note that bitcoin mining itself was not illegal. However, the ways in which mining operations went about mining were illegal. If individuals had used their own time, money, and resources to mine, they would most likely face no legal issues.

Although there are still quite a few areas where bitcoin mining is illegal, it seems as if the banning trend is slowing down. As long as miners proceed in a way that doesn’t negatively affect the lives of those around them, it wouldn’t be surprising to see these governments reverse the bans they’ve put in place.