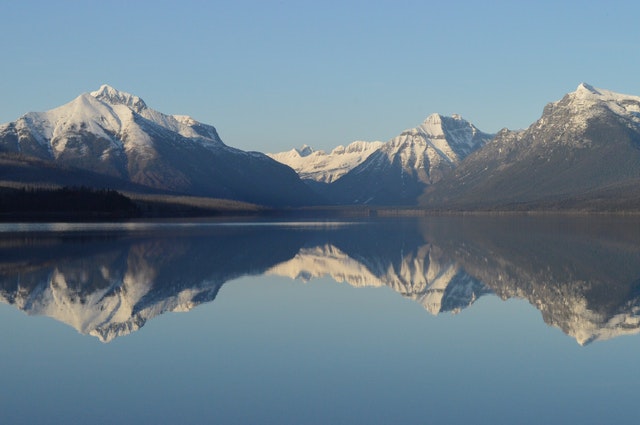 The crypto space has entered a period of recovery, as the year-long crypto winter finally ended. However, many in the crypto community are now wondering what will come next? What will happen with Bitcoin?

According to some, the coin will continue its slow and steady growth, while others are hoping to a sudden surge that will take it back to the old heights, and beyond. The coin itself surged by as much as 7.60% on Friday, currently sitting at $5,794.14. The highest point that BTC has reached in 2019 is only $2 higher than the current price.

In other words, the coin is currently going through an astounding recovery, thus somewhat confirming some investors’ belief that it will, in fact, surge back to the old heights. However, there are other factors that might be taken as a confirmation that BTC is on its way back to $20,000.

Bitcoin moving averages are similar to those in 2015

It is no secret that there are many who remain quite bullish on BTC, with claims that the coin could reach $1 million in a few short years. However, while such predictions are still being taken with a grain of salt, others, such as the one made by Peter Brandt, are much more realistic. The Factor Trading author believes that BTC might approach the price of $19,800 relatively soon, and he based this prediction on the weekly moving average indicator.

He noted that Bitcoin’s performance looks very similar to the one in November 2015, which allowed the coin to reach $20,000 within two short years. Brandt is not alone in thinking that BTC is on its way to former glory, as Fundstrat’s technical strategist, Robert Sluymer believes the same. A similar prediction was made by Fundstrat’s co-founder, Thomas Lee, as well.

The new price move closed the coin’s price above its 50-weekly moving average, which usually announces a strong potential for a massive bull run.

Another indicator of a future rally is Bitcoin’s weekly Relative Strength Indicator, which increased to reach and exceed 53.65, making it the highest since late 2015. The move impacted the buying sentiment significantly, as opposed to the selling pressure that came in January 2018 when the RSI dropped below this mark.

Finally, there is the matter of a so-called ‘Golden Cross,’ which is made when the short-term moving average of a particular asset goes above its long-term moving average. Bitcoin has seen several Golden Crosses during its decade-long history, one of which occurred back in October 2015, similarly to other indicators.

As we now know, seeing the combination of these signs and signals in 2015 meant a massive rally in the future. It took the coin two years to do it back then, but the situation is much different these days, and the rally might arrive much faster this time. When these signs appeared in 2015, the BTC price was at $300. Two years later, it reached $20,000. This was considered to be one of the longest bullish periods ever, and now — it appears that the history is repeating itself.

It is difficult, if not impossible, to accurately predict what the coin might do, especially in the long-term. However, all signs of a new massive bull run are here already, and all that remains is to patiently wait and see whether or not the price will act upon them.

The post Why Bitcoin (BTC) Will Go Back to $20,000 appeared first on Global Coin Report.

These Factors Are Pushing Bitcoin Price Above $6000

Bitcoin price reached a high of $5930 May 7 as renewed momentum fuelled a market surge towards the significant $6000...