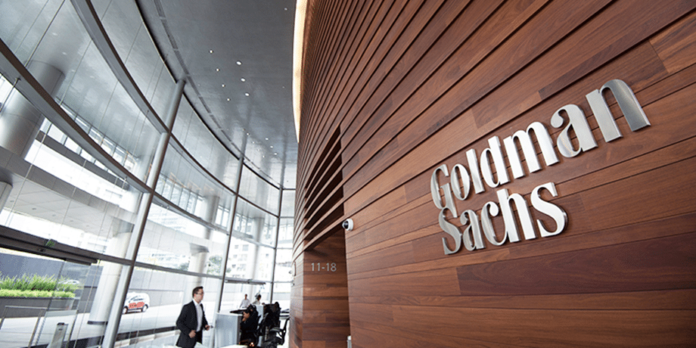 Major U.S. companies have been avoiding the crypto market for a long time. And now, according to Mike Novogratz, a prominent investor and former hedge fund manager at Fortress Investment Group, there is a major reason for this.

The founder of Galaxy Digital, a cryptocurrency merchant bank, he recently talked about the issue at the Yahoo Finance All Markets Summit and asserted that bitcoin is soon going to experience ‘a renaissance’ and will ultimately be propped up by institutional investors. According to the analyst, many of the big U.S. companies currently have substantial amounts of money ready for investment and some have already shown significant interest in the cryptocurrency market, which is a good indicator of things to come.

The former Goldman Sachs partner predicted that the market will start to have major institutional entrants within the next two to three months and interest in the sector will be mainly driven by the fear of missing out. He also talked about why major U.S. financial companies have up to now kept away from the digital currency sector, saying that the lack of reliable custodial solutions is a major reason for this.

Mike also explained that major U.S. companies are usually uncomfortable working with small nascent firms offering these services as is characteristic of the budding industry, saying, “If you’re at the state of Wisconsin and you’re a salaryman working on the investment portfolio, you might not risk your job for a company named Xapo.”

He predicted that the most likely outcome of the present situation will be major Wall Street players starting to acquire smaller specialist companies in the cryptocurrency space that provide custodial services. The financial analyst believes that major institutional players are the key to the success of the industry.

The Mt Gox heist is still a major case study of what can happen when things go wrong while handling crypto, and no major U.S. financial company is prepared to handle such a scenario. Over 700,000 bitcoins valued at more than $4 billion at today’s market rate were stolen from the exchange which was based in Shibuya, Tokyo, Japan in 2014.

Hackers apparently hacked into an auditor’s computer and artificially manipulated bitcoin’s value on the exchange to one cent. They then fraudulently ‘bought’ the coins from customers and made away with the loot. The few remaining bitcoin were moved to cold storage by the company.

The biggest exchange on the planet at the time, the development created panic across the bitcoin world, and a wave of lawsuits soon rendered Mt. Gox bankrupt. At the time of liquidation, the company only had $91 million in assets which were liquidated and distributed to claimants.

Fast forward to current times and cryptocurrency exchanges all over the world still face major hacking problems. The reality of the situation is that $731 million worth of cryptocurrencies has been stolen from companies and exchanges in 2018.

However, the crypto industry still holds major appeal and huge investment firms such as Goldman Sachs have shown interest in the cryptocurrency sector. But they have also highlighted the complexities of offering cryptocurrency custodial services as being a major stumbling block.

He talked about the impact of custodial services on the company’s crypto ventures, saying, “Physical bitcoin is something tremendously interesting, and tremendously challenging. From the perspective of custody, we don’t yet see an institutional-grade custodial solution for bitcoin, we’re interested in having that exist and it’s a long road.”

In July, Coinbase officially launched its cryptocurrency custodial product, Coinbase Custody. The service is targeted at financial institutions and apparently offers a combination of cold storage and broker-dealer features. It also has multiple layers of security, including offline private keys.

Other companies such as itBit, Gemini and BitGo have also recently started to offer crypto custodial services.

New reports reveal that the National Bank of Ukraine is considering launching its own state-backed digital currency. The already named...