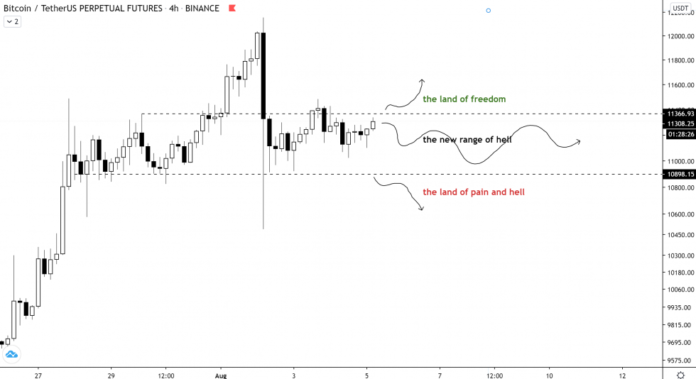 Bitcoin and the entire crypto market are currently showing signs of strength.

The benchmark cryptocurrency is now pushing up towards its recent highs at $12,000 as bulls attempt to degrade the heavy resistance that has been established throughout the upper-$11,000 region.

This has caused Ethereum and most other major altcoins to rally in tandem, allowing the market to add billions to its capitalization.

One analyst is still noting that he is concerned that the resistance found at just above BTC’s current price levels may be insurmountable and spark a $1,000+ decline into the $10,000 region.

At the time of writing, Bitcoin is trading up nearly 4% at its current price of $11,600. Its rally to this level came about just a couple short hours ago, and it does seem to be well-positioned to see further upside.

This past weekend, bulls sent BTC to highs of $12,000, but it lost its momentum here and bore witness to a sharp selloff.

One factor that may bolster Bitcoin in the near-term is that it has now broken above a relatively tight trading range that it had formed throughout the past several days.

The upper boundary of this range sat around $11,350, as seen on the below chart put forth by a popular trader.

Another analyst is now noting that the same type of decline Bitcoin saw at $12,000 may come about in the near-term if BTC is unable to surmount the resistance it faces at just above its current price level.

He points to a fractal to support this theory.

“BTC: 11500-11700, then down to test the 10400-10500 support zone, which should hold for a while. Looking for longs above that level and shorts below it. Altcoins should perform very well as long as BTC stays above 10.5k,” he explained while pointing to the below charts. 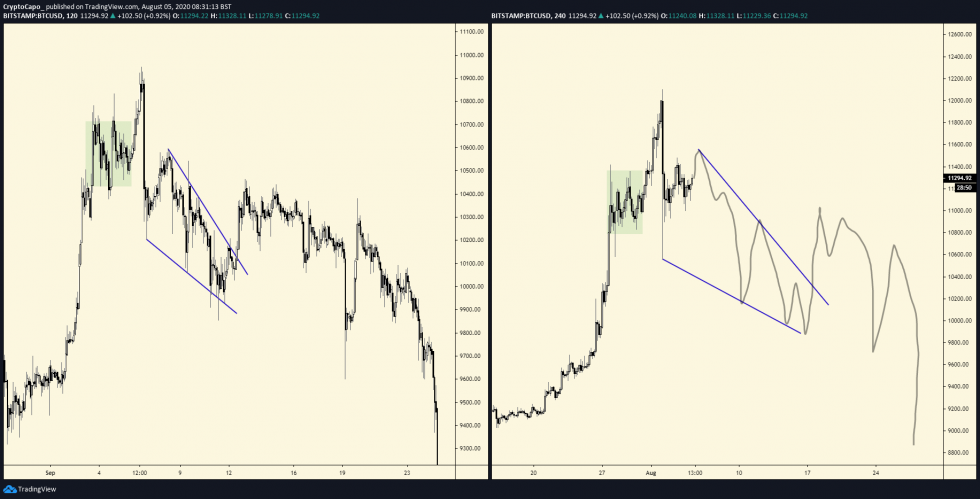 If buyers are unable to surmount this resistance and incur yet another rejection, then Bitcoin may start confirming this level as a local top.

With a touch more than three months left until the next Bitcoin Cash upgrade, crypto proponents have been witnessing a...