WikiLeaks has long relied upon donations in order to keep exposing government and corporate secrets and corruption. Now another avenue of support is open as Julian Assange announces that WikiLeaks now supports Bitcoin SegWit addresses.

WikiLeaks has tirelessly worked to analyze and publish restricted and censored data that exposes corruption and other organizational secrets. In its 10 years of existence, it has amassed a database of over 10 million documents that shed light on things that governments and other entities would prefer to remain in the shadows. WikiLeaks supports a number of donation methods, and the latest one is Bitcoin SegWit addresses.

Donating to Illuminate the Dark

WikiLeaks has expanded its donation base as Julian Assange notes that the group now supports Bitcoin SegWit addresses. He notes that transaction fees from SegWit-enabled wallets are minimized, which might help encourage more donations to keep WikiLeaks up and running.

.@WikiLeaks now supports #Bitcoin Segwit addresses meaning that transaction fees from Segwit enabled wallets are minimized. You can use our main address or generate a one-tme-only private address here: https://t.co/OkgZktcAAw

Those looking to donate can use WikiLeaks’ main address or generate a one-time private address if they choose to do so. WikiLeaks takes multiple cryptocurrencies as donations, including ZCash, Litecoin, and Monero.

Made for Each Other

Cryptocurrency and WikiLeaks are really made for each other. The non-profit organization relies upon anonymous individuals handing over documents that they feel should see the light of day. Both virtual currency and WikiLeaks exist outside the system and offer a means of promoting change while expanding the exercise of individual freedom.

Julian Assange and WikiLeaks do have a long association with Bitcoin. Just two months ago, Assange tweeted that the organization was pushed into investing into the cryptocurrency due to the US government forcing payment companies (Mastercard, Visa, etc.) to carry out “an illegal banking blockade” against WikiLeaks.

My deepest thanks to the US government, Senator McCain and Senator Lieberman for pushing Visa, MasterCard, Payal, AmEx, Mooneybookers, et al, into erecting an illegal banking blockade against @WikiLeaks starting in 2010. It caused us to invest in Bitcoin — with > 50000% return. pic.twitter.com/9i8D69yxLC

But it seems that WikiLeaks and Assange has had the last laugh. He says that the group began investing in bitcoins back in 2010 and are now enjoying an extremely healthy return of over 50,000%.

While WikiLeaks has reaped the benefits of government sanctions, thanks to Bitcoin and its phenomenal rise in value, Julian Assange is still stuck in the London embassy for Ecuador. He fled to the embassy in 2012 to escape extradition attempts from Sweden for an alleged rape, but Sweden eventually dropped the charges against him. However, the UK police still have a warrant for his arrest for breaking his bail conditions when he moved into the embassy. There he sits, but he and his organization are still proving themselves to be a thorn in the sides of the extremely powerful.

It seems fitting for WikiLeaks to support Bitcoin SegWit addresses as many governments are working to restrict cryptocurrency. Now crypto enthusiasts can donate and help stick it to The Man.

What do you think about WikiLeaks now supporting Bitcoin SegWit addresses? Have you ever donated to WikiLeaks? Let us know in the comments below. 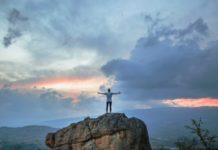 Bitcoin Press Release: After a successful airdrop to over 900,000 Ethereum addresses in November, Blockchain-based video platform Viuly will connect...