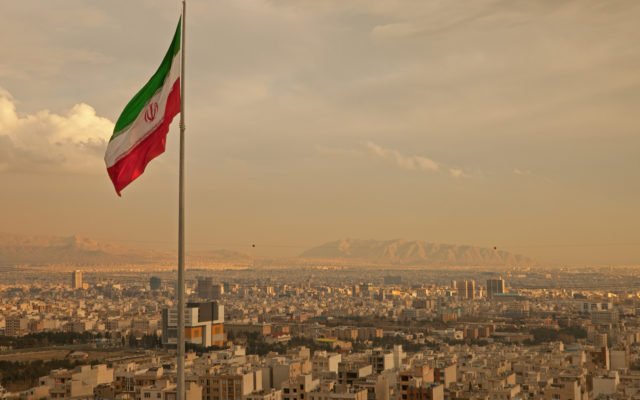 Iran is inching closer towards the financial crisis due to sanctions, but the country might still turn to cryptocurrencies for help.

Iran is in a bad place right now, as the US officials state that the country’s finances might be in a worse situation than they believed. The country’s damaged economy has been sparking protests for a while now, and Iran is moving closer and closer to a financial crisis.

After the sanctions put a stop to Tehran’s oil exports, some major losses were felt throughout Iran. Since then, the country tried to evade the sanctions, which softened the blow somewhat, although it did not do it much good in the long run. Right now, Iran’s government is using the last of its foreign-exchange reserves, indicating that any control that the government might have over importing supplies and equipment might soon be lost.

Soon enough, Iran is likely to find itself in a more dire situation than it was six years ago, when President Hassan Rouhani and his government were pressured into nuclear negotiations.

For now, it is difficult to predict what might happen to Iran’s economy in the future, as there are many unknown factors that could still change. Further, some intelligence that the US has received from its allies suggests that Iran might have some off-book income that could help it through difficult periods such as this.

Alternatively, the country could simply turn to smuggle its oil and bring in supplies, although US officials doubt that the effect of the sanctions can be offset by smuggling. As this is likely correct, another option for Iran is to turn to cryptocurrencies for help.

Cryptocurrencies such as Bitcoin are known for a number of qualities, such as their borderless nature, achieved through decentralization. This form of digital money is not under anyone’s control, meaning that the US cannot do much to stop Iran from using Bitcoin and other coins and tokens.

Several days ago, Bloomberg reported that Iran plans to manufacture $11 billion worth of various products in the next two years, in order to replace imports and find a way to deal with US-led sanctions.

On the other hand, The Wall Street Journal recently reported that US officials believe Iran to be in a state of panicked aggression. This statement refers to several reports of assault against energy supplies, which Iran denied. Still, the problem lies with money, as the currency reserves of Iran are estimated to be at $86 million- 20% below the level reported in 2013. With a situation like that, US officials believe that Iran will either have to return to the negotiating table or burn through even more of its reserves.

Despite this, a Bitcoinist report from earlier this year believes that Iranian companies could exploit the anonymity of cryptocurrency and bypass the American restrictions. In fact, threats of US sanctions was historically more than enough to control Iran, until anonymous payments in digital currencies became a possibility.

The US Treasury seems to be well aware of this, as it warned digital marketplaces against trading Bitcoin with Iran-based firms and individuals. Some trading sites even started blocking buyers that were confirmed to be from Iran, while some even went as far as to confiscate Iranian clients’ funds.

However, these are believed to be isolated incidents, as cryptocurrencies’ very nature makes them extremely difficult to control, or even monitor. There is simply no way to duplicate banking sanctions when it comes to crypto, which is why the Iranian government might come to rely on digital assets to bypass the current restrictions and find a way to survive US sanctions.

What do you think about Iran’s chances to bypass sanctions with Bitcoin? Let us know in the comments below.

The post Will Crypto Save Iran from a Financial Crisis? appeared first on Bitcoinist.com.