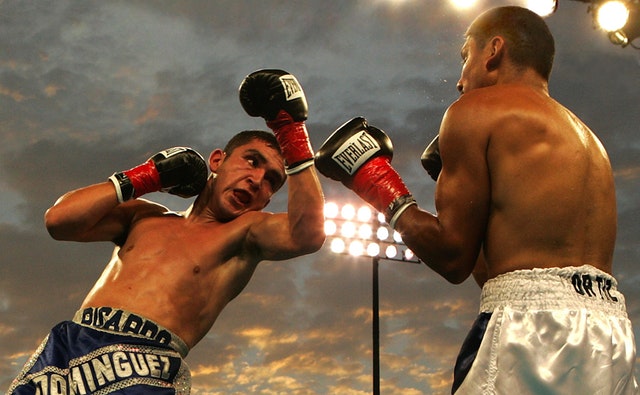 Ethereum (ETH) came as one of the most revolutionizing projects in the history of cryptocurrencies. It shifted the attention of developers from cryptos to the blockchain, thus bringing the era of smart contracts and dApps. However, despite the fact that Ethereum is a pioneer in this regard, it fails to keep up with the rapid advancement of the crypto sector, and competition is getting not only bigger, but also more advanced.

Ethereum has already faced off numerous ‘Ethereum Killers’ so far, and none of them managed to finish the job. However, with the recent launch of Binance Chain, things might change for the crypto world’s second largest coin. Not only does it have the potential to beat Ethereum as a platform, but its native Binance Coin (BNB) might also beat Ethereum’s ETH, or at least severely damage its price.

Why is Binance Chain a threat to Ethereum?

Ethereum has been around for years now, and during this time, it managed to establish itself quite well in the crypto industry. It is, and will always be second to Bitcoin, but the question is — whether or Bitcoin will be the only coin above it.

As mentioned, ETH managed to survive numerous Ethereum Killers already, so what threat might newly-launched Binance Chain pose? Well, Binance Chain is unlike any other foe Ethereum had had to face so far. It was launched by one of the world’s largest, most popular, and most trusted exchanges. It already has its native coin, which is already extremely popular, useful, and trusted.

Not only that, but the new blockchain appears to be faster, and with much lower fees. These days, numerous developers who have been working on Ethereum have to make a choice — whether to move on to Binance Chain or to remain loyal to Ethereum. Some will likely choose to stay, as Ethereum offers a pretty good deal in terms of liquidity, and its Ethereum 2.0 version might make the network much more scalable.

However, even with all this progress, Ethereum still has to work hard to achieve something that Binance Chain is already offering by default. In fact, Binance Chain will even have its own DEX.

On the other hand, Binance’s CEO, Changpeng Zhao, made a great point when he stated that Binance Chain does not have smart contracts, and it will primarily serve as a trading platform. This is great news for ETH, as smart contracts are this project’s specialty. Simply put, the two projects are going to be focused on entirely different things, and they might not ever clash with one another.

Binance’s goal is to contribute to the creation of a fully decentralized cryptocurrency ecosystem — something that was next to impossible until now due to highly centralized crypto exchanges. Of course, there were DEXes before Binance DEX, but none of them ever enjoyed the popularity and trust of Binance or its 10+ million users. While there are some talks of developers potentially asking for smart contract deployment on Binance DEX, Ethereum is still safe at this time.

Binance Coin has been around for some time now, but it truly became popular in early 2019. While it provided traders and investors with a significant discount on Binance ever since it was launched, it only gained more exposure with the return of Binance Launchpad. This is a platform that revolutionized token sales and inspired a new model — IEO (Initial Exchange Offering). The importance of BNB is that it is the only coin which can be used for the purchase of new tokens, which caused many to start purchasing it in large quantities in 2019.

As a result, BNB outperformed pretty much every other cryptocurrency, it more than tripled its own price in only a few months, and it decoupled itself from Bitcoin, is the only coin to successfully do it so far.

Of course, it is unlikely that BNB will outperform Ethereum, neither in terms of market cap nor position, at least for a long, long while. However, it is undeniable that BNB has been rising steadily for a while now, and it does have actual use cases which are more than attractive to investors and traders worldwide.

The DEX will allow it to grow even further, and it would not be surprising if the coin spiked in the following days.

Even with all of that working in BNB’s favor, many believe that it will never outperform ETH, simply because Ethereum is truly decentralized. It may be old and outdated, it may be slow, and its development may take time — but it is fully decentralized. This is not something that many would say for Binance DEX, at least not at this time. With all of that in mind, for the foreseeable future, it is unlikely that BNB will seriously damage Ethereum in any way, and even if some developers are leaving for Binance Chain — a massive part of the community will likely remain.

The post Will the Launch of Binance Chain Knock Ethereum’s Price Down? appeared first on Global Coin Report.