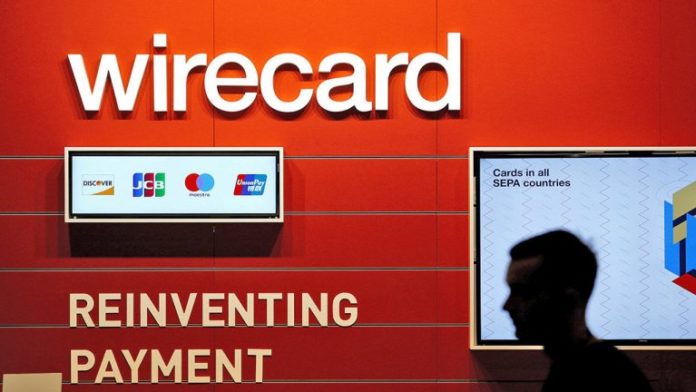 Scandal-hit crypto card issuer Wirecard AG, a firm that has filed for insolvency because of its missing $2.1 billion – but customer funds appear to be safe, for now.

The news comes just two days after former chief executive officer Markus Braun was arrested by German police on allegations of falsifying accounts and market manipulation. Braun, who quit as CEO on June 19, has since been released on €5 million ($5.6 million) bail.

In a brief statement Thursday, Wirecard said that its new management led by new CEO James Freis applied for insolvency at a court in Munich, Germany “due to impending insolvency and over-indebtedness”.

The Munich-based payments processor also said it had yet to reach a decision on whether or not to file insolvency proceedings for its subsidiaries such as Wirecard Card Solutions (WCS). WCS issues Crypto.com’s popular Mco visa card and Tenx’s visa debit card, both crypto-enabled cards. Revolut and Curve also get their cards from the firm.

Shares of Wirecard were suspended from the Frankfurt Stock Exchange ahead of the insolvency filing. The stock has tumbled more than 90% since news of the missing billions broke out on June 18. Wirecard owes its creditors, which include fifteen German banks, around $3.9 billion

Filing for insolvency means a business is unable to pay its debts on time. It suggests that the company may require court protection to allow it more time to set up alternative payment arrangements.

Meanwhile, Wirecard’s downfall does not appear to have a direct material impact on users’ funds, at least for now. That’s because the concerned crypto cards are pre-funded and funds are held by Wirecard Card Solutions, an entity with its headquarters in the UK, its own board of directors, and regulated by that country’s financial authorities. WCS is licensed to issue virtual cards.

While WCS is a unit of Wirecard AG, its accounts are separate from the parent company’s. Observers say the biggest problem for crypto card companies “if Wirecard struggles is that not many issuers are willing to issue crypto-related cards.”

Both Crypto.com and Tenx have said that customers’ funds have not been affected by the unaccounted for $2.1 billion. “Debit cards issued by Wirecard for Crypto.com are fully prefunded,” said Crypto.com chief executive officer Kris Marszalek.

“These client fiat funds are held by an EMI institution regulated by UK FCA in segregated client accounts. The funds are held at another bank (not Wirecard) as required by the FCA,” he added.

In another tweet on Thursday, Marszalek reiterated the safety of users’ money while promising that “in case any of the services provided by Wirecard are disrupted, you will receive a fast 100% credit back to your crypto wallet.”

What do you think about the unfolding drama at Wirecard? Let us know in the comments section below.

Ethereum 2.0: Is the Interest Real or Hype About Nothing?

No sooner had the crypto world started to settle down after the third Bitcoin halving event, when another wave of...