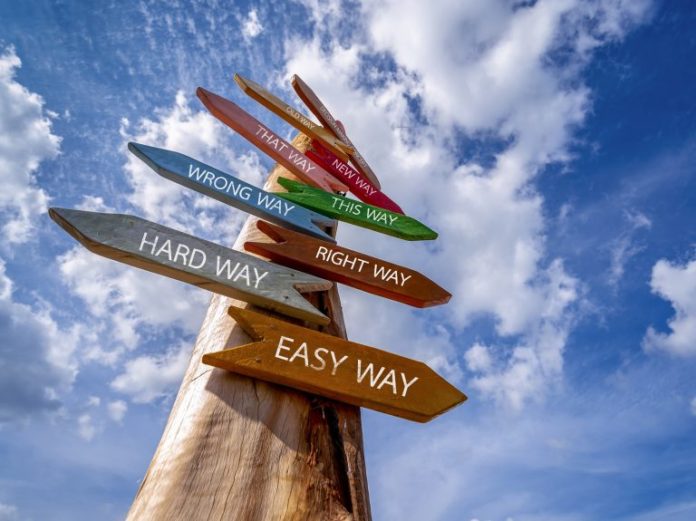 European crypto companies are finding themselves in a changing regulatory environment. The new realities they have to deal with stem from the fifth edition of the European Union’s anti-money laundering directive. AMLD5 introduces stricter customer due diligence requirements and some in the industry have realized their business models, based on key principles of the crypto space, are hardly sustainable under the new rules.

Netherlands to Introduce Licensing When New Directive Requires Only Registration

Although the amendments had to be transposed into national law by Jan. 10, 2020, member-states are at different stages of their implementation. The approach to complying with the Pan-European directive also varies between countries with some governments opting to expand their regulatory frameworks beyond what Brussels requires at this point. Several EU nations have indicated this is the direction they want to move in and the Netherlands is one of them.

The new Dutch legislation transposing AMLD5 is yet to enter into force. The bill prepared by the government is more restrictive than the directive requires, Luuk Strijers, CCO at Deribit, told news.Bitcoin.com. The Amsterdam-based crypto derivatives exchange announced recently its decision to relocate to Panama because the “new regulations would put too high barriers for the majority of traders, both – regulatory and cost-wise,” the company detailed on its website.

The Senate of the Netherlands is scheduled to discuss the new law on Jan. 28, 2020. Strijers pointed out that the draft framework has the characteristics of a licensing regime, while AMLD5 dictates the obligation to register instead of obtaining a license. “If Deribit falls under these new regulations, this would mean that we have to demand an extensive amount of information from our current and future customers,” the executive said and emphasized:

We believe that crypto markets should be freely available to most, and the new regulations would put too high barriers for the majority of traders, both – regulatory and cost-wise. The implementation of these changes would greatly affect the exchange and its customers.

Therefore, Deribit have decided to operate their platform out of Panama. From Feb. 10, 2020, it will be assigned to a new entity, DRB Panama Inc., a wholly owned subsidiary of the Dutch company, Deribit B.V. “The team and leadership will remain the same, with John Jansen as the CEO,” noted Luuk Strijers. All open client positions, holdings, equity, trade history, fees, rate limits, wallets, portfolio margin arrangements, and other system settings will be transferred from Deribit B.V. to DRB Panama. The platform’s servers, which will also remain the same, will be moved to London. The Deribit CCO explained:

We considered multiple other (EU) jurisdictions in an elaborate regulatory review performed over the past period and came to the conclusion that Panama is the best option for our clients.

Crypto Companies Can Run but Can They Hide?

Despite the relocation, however, certain changes regarding Deribit’s due diligence procedures will be implemented. “As of Feb. 10, 2020 our new KYC requirements will be applicable to all our clients, so our European clients will have to meet the same requirements as clients from (most of the) other counties in the world,” remarked the company executive. Like up until now, residents and citizens of the United States will not be allowed to trade on the exchange. Clients will have to accept DRB Panama as their new contracting partner under a new set of terms and conditions in order to continue to use the services provided by Deribit.

Although various changes in the global regulatory landscape do not apply to Panama, Deribit will introduce two KYC levels. All current users will initially be registered as Level 0 clients, which comes with some restrictions. Withdrawals will be limited to up to 1 BTC per 24 hours. Providing a passport or other government issued ID will raise user status to Level 1, remove the withdrawal limit and unlock portfolio margining, for example. Deribit will use a solution by Jumio aimed at providing client identity verification and services by blockchain forensics firm Chainalysis to monitor transactions for anti-money laundering purposes, Strijers revealed.

The announcement, the company representative assured, “has received positive response from our clients as it clearly outlines the strategy going forward and addresses concerns they might have had.” Deribit’s decision to change the jurisdiction from which it operates shows that relocation can be a solution, but only a partial one for crypto companies that want to keep their privacy-sensitive clients happy. In a world where most governments abide by global standards adopted by international organizations such as the Financial Action Task Force (FATF) and customers’ residence matters, moving a platform to a different jurisdiction is not likely to bring much change for its users.

In December, U.K. crypto payments provider Bottle Pay announced it’s ceasing operations because of the latest update in the EU’s anti-money laundering regulations, despite raising $2 million in seed funding a few months earlier and expanding its user base significantly. “We have taken the painful decision to shut Bottle Pay down completely rather than become subject to these new regulations,” the company stated in a blog post, explaining that “the amount and type of extra personal information we would be required to collect from our users would alter the current user experience so radically, and so negatively, that we are not willing to force this onto our community.” Panama is one of the alternative destinations suggested to Bottle Pay by members of their Telegram channel. “How come BottlePay can’t just move operations to a new jurisdiction outside of the UK like say Panama?”, asks one of them. “That’s what I also was curious about. But I guess that even they will gonna move to the different jurisdiction people who would want to use bottle in the Europe through the twitter or whatever will not be allowed to do that,” comments another. “So, Malta certifications will not help”…

“Wow sounds more like prison than citizenship,” the conversation goes on. “Bitsahara sent compliance notices yesterday. I can’t help but think that this is EXACTLY everything crypto was created to fight,” remarks someone else. “Why you don’t want to hire attorney to help avoid this stuff?” queries another member, to which Bottle Pay founder Peter Cheyne replies: “we were working on it for months behind the scenes. so we already pursued those kind of avenues, and the feedback led us to the decision we made last week … the trade offs would have been substantial.”

Several other crypto companies operating in Europe have shut down so far due to the new EU regulations, including crypto mining pool Simplecoin and bitcoin gaming platform Chopcoin. News.Bitcoin.com’s questions about Bottle Pay’s plans for the future are as of yet unanswered by the group at the time of publication. On a positive note, however, the Get Started page on its website currently states: “Effortless Bitcoin payments will be back soon.”

What future do you see for crypto companies in Europe and around the world? Share your thoughts on the subject in the comments section below.

The post With New Regulations, Europe’s Crypto Companies May Be Running Out of Options appeared first on Bitcoin News.

Is Bitcoin Is About To Repeat Its 2019 Rally?

There is no doubt that sentiment has turned bullish for bitcoin. It has remained above the psychological $8,000 barrier for...