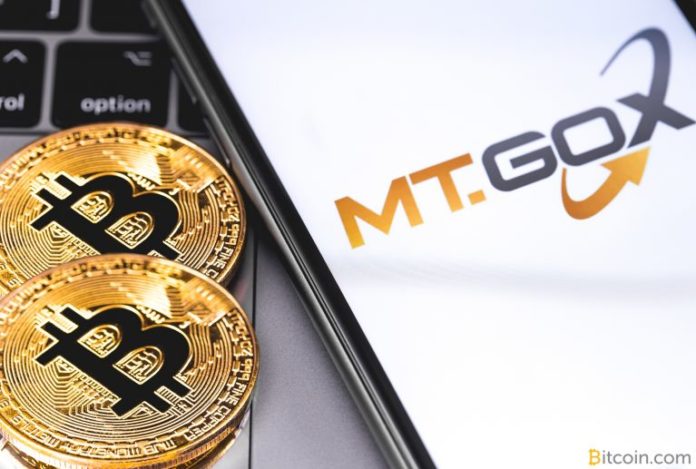 On April 25, the Mt. Gox civil rehabilitation trustee Nobuaki Kobayashi published a new announcement concerning the deadline for the rehabilitation plan. According to the letter sent to Mt. Gox creditors, Kobayashi has delayed the proceedings for another six months due to “undetermined” claims. Following the announcement, bitcoin security specialists Wizsec published a scathing critique of the Coinlab claim for US$16 billion and alleged that it was “the elephant in the room causing this delay.”

Also read: Mt. Gox Restitution Process Frozen Due to One Man’s $16B Claim

The Mt. Gox proceedings have been delayed once again according to the court trustee’s latest letter to creditors, which says claimants now have to wait until Oct. 28, 2019. Nobuaki Kobayashi detailed that it is “not possible at this moment to make appropriate provisions in a rehabilitation plan.” Moreover, Kobayashi also mentioned the court still has to deal with “undetermined rehabilitation claims” and in light of the issue he filed a motion to seek an extension of the submission deadline.

“A large amount of rehabilitation claims that the rehabilitation trustee fully or partially disapproved remains undetermined for being subject to claim assessment procedures,” the letter notes.

The latest letter from the Mt. Gox civil rehabilitation trustee follows the coordinator of the largest Mt. Gox legal team, Andy Pag’s decision to resign from his position. Pag had decided to sell his Mt. Gox claim and explained that he believed a settlement could take years. The founder of Mt. Gox Legal addressed some issues he had with Mark Karpeles but said the main reason for the rehabilitation delay was because of Coinlab’s claim. After the letter on April 25 from the court trustee, security researchers Wizsec published an editorial that lambastes Coinlab and its CEO Peter Vessenes over the enormous claim. Essentially, Wizsec describes how Coinlab justifies a $16 billion dollar claim that is over and above every claimant’s filing. Wizsec’s report states that the security researchers acquired a copy of the latest court petitions in order to get to the bottom of the situation.

The Elephant in the Room

Coinlab is a claimant because back in 2012 it allegedly made a deal with Tibanne, the parent company of Mt. Gox, with the hope of securing the rights to both U.S. and Canadian Mt. Gox customers. However, the deal never came to fruition and Coinlab sued Tibanne for $75 million and Tibanne attempted to sue them back. Then Mt. Gox went bankrupt and the Coinlab legal battle forged its way into bankruptcy proceedings and ultimately the rehabilitation process. Coinlab now wants $16 billion and Wizsec says it is because Coinlab is assuming Mt. Gox would have stayed in business for the last five years. “CoinLab [claims it] was unfairly robbed of revenue that they would have earned had the license agreement been fulfilled,” Wizsec writes in the latest post.

“Here’s where Coinlab’s claim starts going off the rails,” Wizsec states. “Coinlab reasons that since the agreement was for a term of 10 years, plus a strangely one-sided post-termination clause giving them continued revenue sharing for an additional 5 years after termination, CoinLab is actually owed a full 15 years of revenue on 25% of global trade volume.” The security researcher’s paper continues:

They’re basing their claim on the assumption that the Mt. Gox collapse never happened, first extrapolating their 25% “share” of global trade volume all the way until present date, and then extrapolating the last 12 months worth of trading all the way to 2027 and taking “their cut” on trades that haven’t even happened yet.

Wizsec says Coinlab has argued for the revenue Mt. Gox made before it went under and then calculated that “between March 2014 and September 2018 they are owed damages for lost revenue equal to global trade volume × 25%.” According to Wizsec, the Coinlab claim extrapolates those numbers to the year 2027 as well and has also added legal fees and an extra $1,127,731,005 per year because the proceedings dragged out past 2018. The researchers’ editorial also notes that the rehabilitation trustee has said the Coinlab claim is “impossible and completely groundless.” Kobayashi appears to be fighting the claim, Wizsec notes, and he has shown no indication of compromise thus far according to the post. But the security researchers conclude that Peter Vessenes and Coinlab are not giving up so easy and plan to “exhaust every legal avenue.”

“To continue to argue this frivolous claim at the direct expense of tens of thousands of people who actually lost their own money is utterly shameless,” concludes Wizsec.

Verify and track bitcoin cash transactions on our BCH Block Explorer, the best block explorer of its kind that lets you track BCH from anywhere in the world.

#TheFaustFlick, a comedy film, joins the Ethereum blockchain through a Security Token Offering. An audacious move by estudios amazonia; their...